Winter, A Gambler's Anatomy, and more 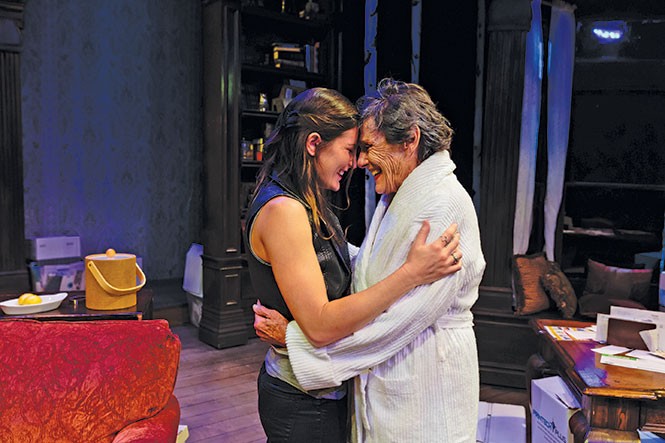 THURSDAY 10.27
Salt Lake Acting Co.: Winter
Most people don't like to talk about death, even if it's something that everyone experiences. In Salt Lake Acting Co.'s National New Play Network premiere of Winter, written by Julie Jensen and directed by Tracy Callahan, however, death is viewed with a touch of humor, despite the loved ones who might be left behind.

In the play's opening scene, Annis (played by the fantastically mesmerizing Anne Cullimore Decker) discusses a recurring dream with her husband Robeck (Bob Nelson). The conversation eventually reaches their now-deceased daughter, Leah. "How long does it take to get over such things?" Annis asks.

It's a poignant question, considering Annis is contemplating her own death. Her brilliant mind is now failing, as dementia creeps in. While Robeck and her younger son, Evan (Justin Bruse), support her decision in choosing when to die, their older son, Roddy (S.A. Rogers), believes Annis belongs in a facility where she can be looked after. Leah's daughter (Andrea Peterson), however, has a special bond with her grandmother, and will do anything Annis asks of her—including assisting in her death.

Jensen's text is humorous at times, yet sadness lingers over the characters. Anyone with a loved one who's experienced memory loss—or death—will identify. Winter flows with an uneasy sense of demise and, because of the play's short running time with no intermission, allows the audience to become submerged into the idea of taking one's life into their own hands. (Missy Bird)
Salt Lake Acting Co.: Winter @ 168 W. 500 North, through Nov. 13, Wednesday-Saturday, 7:30 p.m.; Tuesday, Nov. 1, 7:30 p.m.; Sundays, 1 p.m. & 6 p.m., $26-$40. SaltLakeActingCompany.org 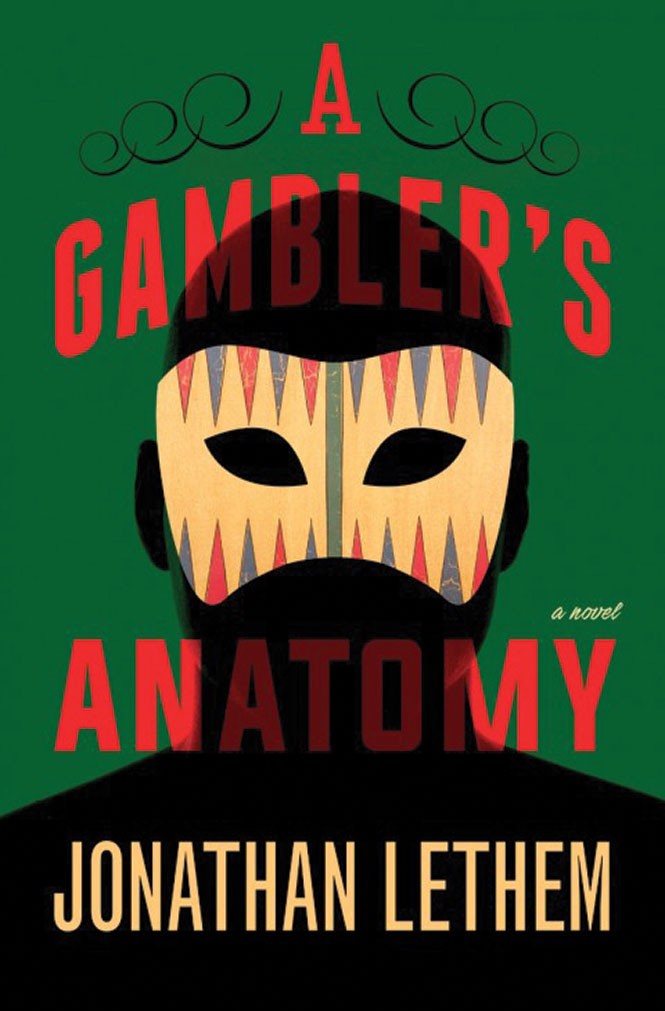 THURSDAY 10.27
Jonathan Lethem: A Gambler's Anatomy
Jonathan Lethem has spent much of his career creating thoroughly distinctive protagonists, from Tourette's syndrome-afflicted detective Lionel Essrog in Motherless Brooklyn to the two young friends Dylan and Mingus in The Fortress of Solitude. But it's still a leap to find a story like A Gambler's Anatomy focused around an international backgammon hustler with a massive facial tumor and a latent ability to read minds.

Meet Bruno Alexander, who's forced to take a break from his work fleecing marks at backgammon to deal with the tumor that is slowly blinding him. An experimental surgery might be the only thing that can save him, but there are a couple of catches. One, it would require him to return to his childhood stomping grounds in Northern California, which doesn't exactly bring back fond memories. And the surgery itself might end up changing his handsome face forever, leading to shift in Bruno's sense of his own identity.

The author's gift for weaving popular culture into his narratives—The Big Lebowski plays an unexpectedly significant role here—gives a welcome zing to what the author himself has described in interviews as basically a horror novel. If so, it's horror with a flavor that's all Lethem's own, mixing in other genres and bouncy prose. Join him for a ticketed signing event, including a conversation about this new work and his career with Radio West's Doug Fabrizio. (Scott Renshaw)
Jonathan Lethem: A Gambler's Anatomy @ Salt Lake Masonic Temple, 650 E. South Temple, Oct. 27, 7 p.m., $7 or free (plus priority seating) with purchase of book from Weller Book Works. WellerBookWorks.com 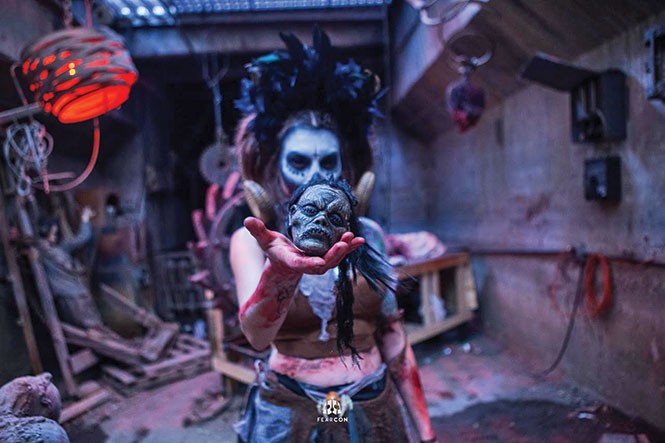 FRIDAY 10.28
Fear Con
Although Salt Lake City has gone con-crazy in the last few years, the inaugural Fear Con is the closest we've had to a proper horror convention. Sure, Salt Lake Comic Con and Fan X offer some horror-themed content—but it's scant, compared to the superhero, sci-fi and fantasy fare. 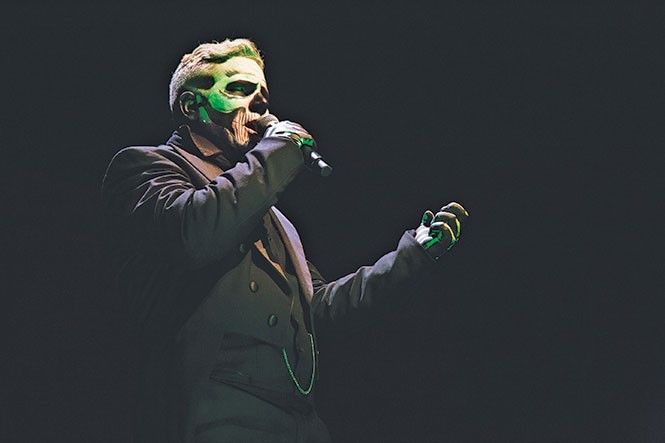 SATURDAY 10.29
Deep Love: A Ghostly Rock Opera
After an amazing successful run in New York City, the rock opera Deep Love makes a one-night return to Salt Lake City. The show, which features Jon Peter Lewis and Ryan Hayes (of Midas Whale), tells the story of a struggling young widow haunted by the ghost of her first love. It offers a mix of haunting folk and Americana numbers, as well as a live on-stage orchestra adding the feel of a massive operatic production.

"After New York, we wanted our next step to be big and adventurous," co-writer Garrett Sherwood says. "However, we learned that setting up anything big and adventurous in the theater industry takes at least 18 months. So while we are currently setting up big things for 2017, we wanted to take time to play a couple shows for our fans here at home." He continues, "Plus, we've made some significant revisions to the show since NYC that we think fans here are going to love."

The show also features Amy Whitcomb, who has been in the production since 2013. As part of the setup, audiences members are asked to come dressed in funeral attire—an interactive component that's been a tradition since 2010. "We thought it would just be a fun way to make it more of an 'event' than just a concert," Sherwood says. "It's become a tradition now, with many of our diehard fans not just dressing in funeral attire, but fully dead-ifying themselves with skeleton makeup and whatnot," he points out. "It's become quite the event." (Gavin Sheehan)
Deep Love @ Rose Wagner Performing Arts Center, 138 W. 300 South, 801-355-2787, Oct. 29, 8 p.m., sold out at press time. DeepLoveOpera.com