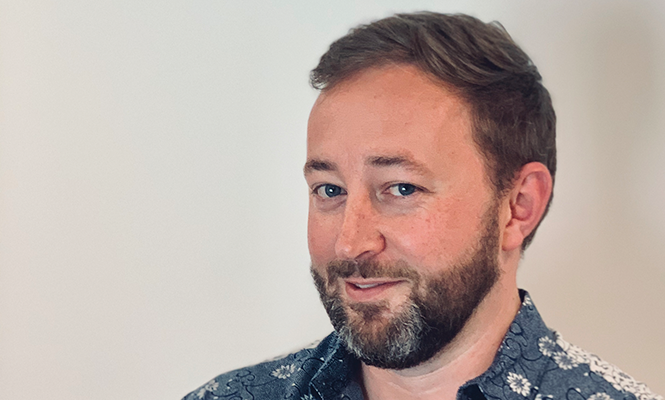 Salt Lake Acting Company: Sleeping Giant
Regular attendees of Salt Lake Acting Company should be no strangers to the work of playwright Steve Yockey (pictured). The veteran writer—also known as the creator of the Kaley Cuoco-led HBO Max series The Flight Attendant—has a taste for some of the darker sides of human experience. Blackberry Winter, which SLAC produced in 2015 for its world premiere, deals with a woman creating an elaborate mythology to help her cope with her mother's descent into dementia; Mercury, from 2017, told a tale of revenge bathed in stage blood, but also with a side-order of mythology.

Indeed, myths seem to be a recurring theme in Yockey's work—and that subtext appears to be part of his latest work, Sleeping Giant. Featured as part of SLAC's New Play Sounding Series earlier this year, Sleeping Giant deals with the aftermath of an elaborate marriage proposal featuring plenty of pyrotechnics. And while explosions might be a great way to make it clear that you're serious about that special someone, in this case it results in something else serious: the awakening of a creature from the bottom of a nearby lake. Yockey's trademark perversely comic sensibility gets tied up with, as SLAC's press notes suggest, "the lengths people go when they desperately want something to believe in." 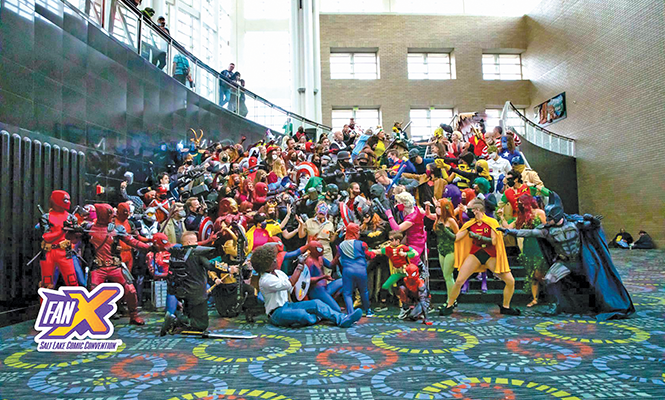 FanX Salt Lake
Had COVID not intervened in 2020, FanX would be marking the 10th annual installment of its big pop-culture celebration. It's hard to believe that something which was launched with uncertainty regarding its chance for success has already become an institution that it's hard to imagine Salt Lake City without.

Once again, the big names among the celebrity guest will draw most of the headlines. Included in the 2022 lineup is an alum of that original 2013 FanX, legendary Star Trek actor William Shatner. But that's just the start of a roster that includes the key quartet from Kevin Smith's Clerks films (Smith, Jason Mewes, Jeff Anderson and Brian O'Halloran); Star Trek: The Next Generation cast members John DeLancie and Brent Spiner; 1980s kid-actor stalwarts Henry Thomas and Corey Feldman and Anthony Michael Hall; Xochitl Gomez, the Marvel Cinematic Universe's new America Chavez; ubiquitous TV villain Giancarlo Esposito (Breaking Bad, The Mandalorian, The Boys); Stranger Things cast members Gaten Matarazzo, Eduardo Franco and Grace Van Dien; The Little Mermaid herself, Jodi Benson; and many more. All that, plus you get the huge show floor of vendors and artists, great panel discussions, cosplay contests, gaming, kids' activities and more.

Ririe-Woodbury Dance Company: Precipice
Speaking of a decade flying by faster than you could have imagined it (see FanX item above), it has somehow already been 10 years since Daniel Charon joined Ririe-Woodbury Dance Company as its artistic director. As the company begins its 59th season of remarkable modern-dance excellence, the season opener pays tribute to its decade under Charon's leadership, in addition to the amazing work of other promising dance artists that still lies ahead.

Precipice features three works as part of its evening-length presentation. The centerpiece will be Everything That Changes, the first piece that Daniel Charon choreographed for Ririe-Woodbury upon his arrival in 2013. Kicking off the program will be a new work by LajaMartin (pictured), the duet consisting of dancers Laja Field and Martin Durov. The company will also reconstruct the celebrated 1989 work To Have and To Hold, originally created by Joanie Smith and the late Danial Shapiro as a response to the AIDS epidemic, and last performed by Ririe-Woodbury more than 20 years ago. It's a fascinating, decades-spanning program that gives viewers a sense of where the company has been, where it is now, and where it has the potential to go. 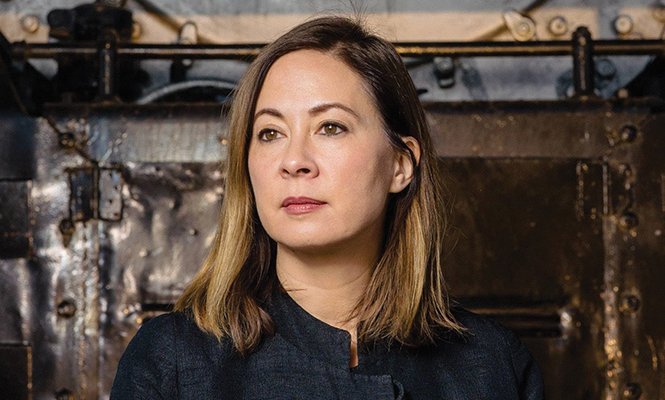 Utah Poets Laureate Benefit Reading
It's a tricky time for those who care about kids and reading, but that isn't going to stop those who are passionate about making sure that youngsters get access to books. That includes The King's English Bookshop, which recently announced the re-launch Brain Food Books, a non-profit entity originally created by pediatrician Barbara Bean with the goal of providing books to young readers. The new-and-improved BFB plans to arrange author events throughout the state, and fund the ability for every student at these readings to get one of the author's books.

The event is "pay what you will" at the door at The King's English Bookshop (1511 S. 1500 East) on Sunday, Sept. 25, 4 p.m. – 6 p.m., with all proceeds benefitting Brain Food Books. Finca Restaurant will be providing a cash-bar service for wine and cocktails on the patio, in addition to a limited snack menu. Visit kingsenglish.com for additional event information, including how to donate to Brain Food Books. (SR)