THURSDAY 9/19
Nadene LeCheminant: The Gates of Eden
Nadene LeCheminant might now live in Oregon, but her Utah ties are second to none. A Utah State University grad with degrees in history and art, LeCheminant traces her lineage by plural marriage back to Joseph Smith and Brigham Young. She even describes on her website an experience walking several hundred miles through the Southern Utah desert without a sleeping bag or tent, connecting her to the gruelling experience of her pioneer ancestors.

LeCheminant draws from that history in her debut novel The Gates of Eden, inspired in part by the story of her own great-great-grandmother, Mary Ann Barton Allen. Her story begins in 1856, with a girl named Josephine Bell living in the slums of Victorian England. Desperate to change her circumstances, she connects with a group of converts to a strange new religion, who have plans to journey to their "promised land" in the United States. Once there, however, she discovers that this Latter-day Saint paradise might force her into marriage with an older polygamist.

This deeply-researched work draws from a wide range of historical sources to convey not just the experience in Utah of newly-arrived Mormons and their often life-threatening travels within this country, but the journeys that many of them faced from distant countries, with all the accompanying homesickness and sense of dislocation. Join the author for a reading and discussion about this unique mix of coming-of-age story and historical fiction this week at The King's English Bookshop. (Scott Renshaw)

A new musical, simply titled Cagney, tells the story of this so-called "tough guy in tap shoes," an actor able to play a merciless gangster so remarkably in one role while singing and dancing fluidly as a Yankee Doodle Dandy in another.

"Cagney started for me as an idea and then became a passion in acting school," Robert Creighton (pictured), the award-winning actor who stars in the title role and co-wrote the music and lyrics, explains via email. "Not only because of my obsession over how talented and versatile James Cagney was on screen, but because his story was a compelling one—a love story, a story about the American dream, one that resonates more today than ever."

Cagney originated as a four-person production 12 years ago, then became a hit off-Broadway before being further expanded by Pioneer Theatre Co. prior to an upcoming run on Broadway. "Mr. Cagney's story warranted a more expansive, deeper telling," Creighton continues. "We are thrilled and grateful to share that with Salt Lake City!"

While Brando was the ultimate Godfather and Pacino the perfect Scarface, no one brought malevolence and menace to the screen like Cagney, or managed to radiate such energy and enthusiasm. As the man himself so famously said, "Made it, Ma! Top of the world!" (Lee Zimmerman) 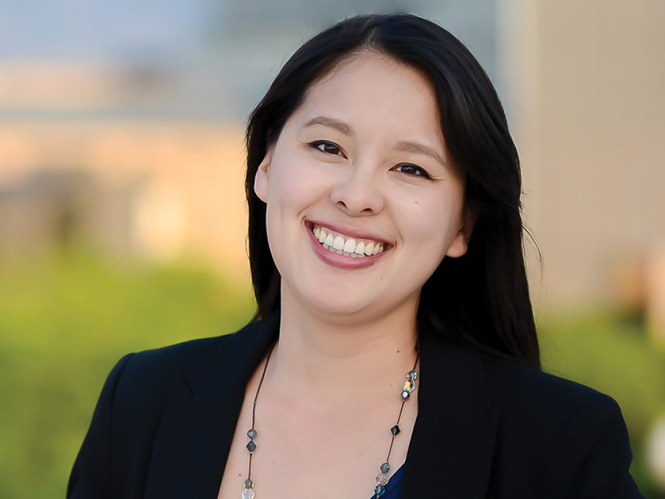 The tagline "ideas worth spreading" has been the TED mantra since the '80s and a considerable effort goes into making sure that community events are held to the same standard. Video and live speakers combine to promote deep discussion and community connection for the conference attendees.

This year, guests include:Joey Wilson, an engineer and entrepreneur focused on sensing people using radio waves; Ruby Chou (pictured), classical pianist and educator and executive director of the nonprofit Mundi Project, who advocates for open access to music education; and the Utah band Foreign Figures, who break down the culture of choosing sides.

"Dynamic Harmony" is the theme for each of the 20 presentations, a term that offers an intriguing paradox. To be in a state of constant change but content in one's life is just one way the words might be interpreted. Seating and ticket packages for the all-day event are available.

TEDx Salt Lake City is looking for volunteers, partners and community ambassadors to help keep the annual event growing. In addition, this year is the first to provide live entertainment during the lunch portion of the event. (Erick Graham Wood)

The two-day festival features past favorites such as urban dance performances, live painting and mural-making, the Urbeez Kids Zone, a basketball tournament, more than 150 local artisans and local and touring musicians. The headlining music act this year is Slick Rick, the legendary English rapper.

Derek Dyer, executive director of Utah Arts Alliance and event founder, says the festival is dedicated to being something for everyone. "Art can change lives," Dyer says, "and the Urban Arts Festival is an equal playing ground for the community to experience the art."

This year, the festival spills over to the nearby Regent Street and McCarthy Plaza on Sunday. And it's in these expanded locations that the new Lowrider Exhibit debuts, which features 20 hand-painted custom cars from around the state, many of which include artwork painted on their undercarriages. After showing off their vehicles, the owners compete to see which car can bounce the highest during the Hop Off on Sunday at 5:30 p.m.

Dyer says including lowriders was a natural fit to the festival because the Utah Arts Alliance strives to create a culture of keeping an open mind and inclusive attitude toward art and embracing all aspects of Salt Lake City's artistic and cultural diversity. (Kylee Ehmann)