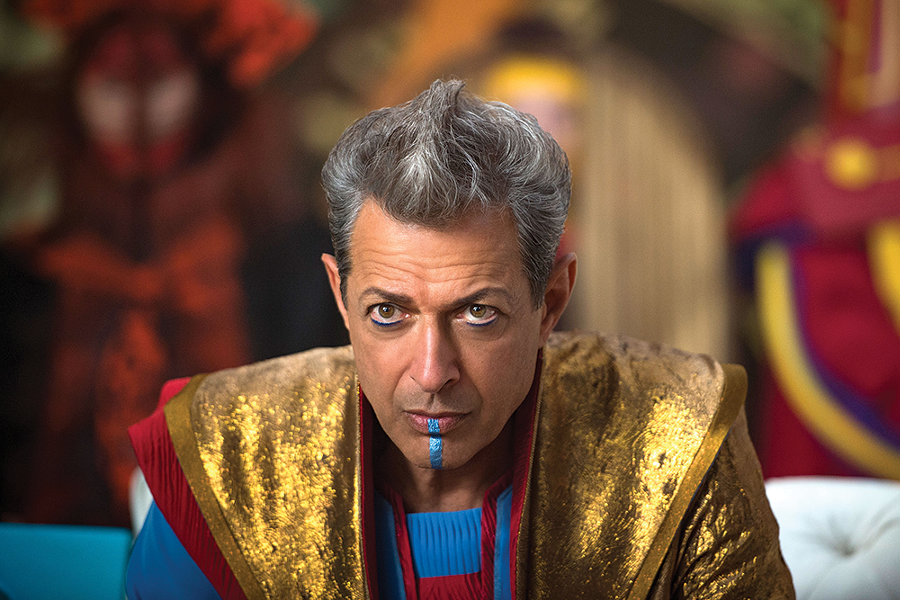 THURSDAY 9/6
FanX Salt Lake Comic Convention
To say it's been a challenging 12 months for the pop-culture event formerly known as Salt Lake Comic Con would be an understatement. A legal challenge from San Diego ComicCon forced a name change to FanX. Allegations of inappropriate conduct by a guest at a previous event generated controversy. And one of 2018's high-profile announced guests, Ben Affleck, withdrew after entering rehab last month.

The celebrities—and the chance to get autographs and photos—might be the big draw, of course, but that's only the tip of the FanX iceberg. The show floor offers a three-day shopping mall of geek paraphernalia, from T-shirts and pins to action figures and comics. Meanwhile, the conference rooms will be packed with fascinating panel programming, ranging from discussions focused on specific characters to big-picture conversations about issues within fandom. (Scott Renshaw)
FanX Salt Lake Comic Convention @ Salt Palace Convention Center, 100 S. West Temple, Sept. 6-8, Thursday, 2 p.m.-9 p.m.; Friday, 11 a.m.-8 p.m.; Saturday, 10 a.m.-7 p.m., $15-$250, fanxsaltlake.com 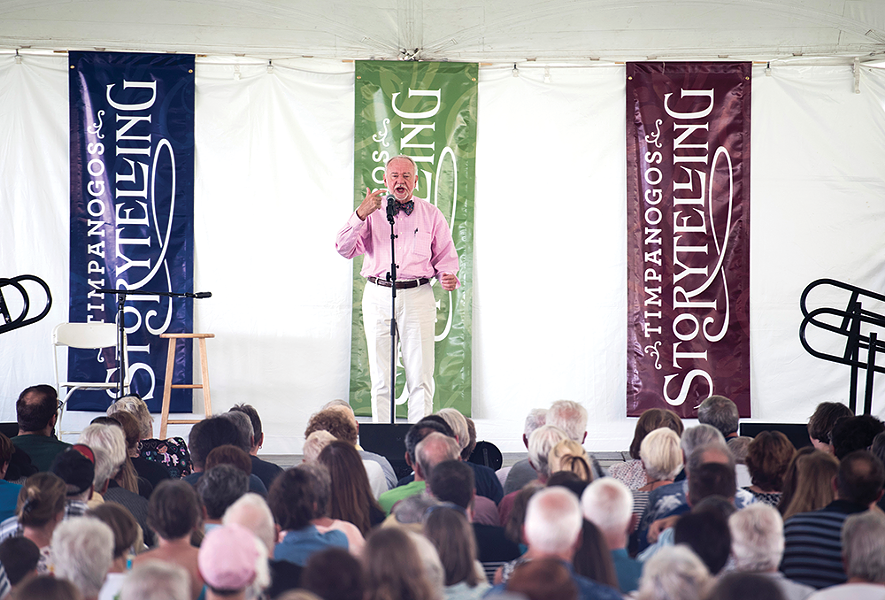 THURSDAY 9/6
Timpanogos Storytelling Festival
We humans make sense of the world through stories—whether we're trying to understand the origins of the universe, the arc of our own lives or the way we interact with one another. But a story isn't always just the words or details of the narrative; it can be about the ability a person has to bring that narrative to life, embodying the emotion, humor, tragedy or absurdity of situations that resonate beyond their specific setting.

Nearly 30 years ago, Karen Ashton—then the president of the Friends of the Orem Public Library—wanted to bring a celebration of that storytelling tradition to Utah County. From its first year, when it was staged on Ashton's own property, the Timpanogos Storytelling Festival has grown into a weekend that attracts some of the most accomplished storytellers in the country, as well as some 25,000 spectators, to the current location at Thanksgiving Point's Ashton Gardens.

More than a dozen expert practitioners of the storytelling art from around the country (and even around the world) will keep listeners fascinated over the course of the three-day event, from personal tales to versions of classic legends. While some sessions cover general themes, other events provide specialized interest, from a "bedtime stories" evening for children to "Shivers in the Night" scary stories to get you primed for Halloween season. Between tales, enjoy music performances and puppetry, or get a chance to meet and get signed works from the participating storytellers. It's an event that might turn into a story you'll want to tell others. (SR)
Timpanogos Storytelling Festival @ Thanksgiving Point Ashton Gardens, 3900 Garden Drive, Lehi, 801-426-8660, Sept. 6, 6-9 p.m.; Sept. 7, 10 a.m.-10:30 p.m.; Sept. 8, 10 a.m.-9 p.m., $8-$50, timpfest.org

FRIDAY 9/7
Salt Lake Greek Festival
As architects of one of the world's first advanced civilizations, Greeks carry a lingering legacy that combines harmony, philosophy and democracy with an inherent desire to share those gifts with others. That heritage is still alive and vital today, and there's no more telling example than this annual local celebration of Greek culture, a vivid example of how this community generously shares its unique 2,500-year-old heritage. Indeed, the Greeks' zest for life is contagious, an obvious reason why the festival is always so eagerly anticipated.

As it has in the past, the Greek Festival allows local Hellenes to welcome visitors to a weekend of fun-filled activities that share traditions brought to Utah 120 years ago with the arrival of the first Greek immigrants. In addition, church tours afford non-Orthodox visitors the chance to encounter the beauty of the Greek Orthodox church and learn about 2,000 years of faith.

"In its 43rd year, our Annual Salt Lake Greek Festival is our church's major fundraiser that directly supports our church's ministries and programs, but also local community charities," the Very Rev. George Nikas says. "Moreover, it is an opportunity for us to share our rich Hellenic culture through undeniablydelicious food and lively Greek music and dance with all of Utah. All are welcome to come and beGreek for a weekend!!" Indeed, everything is a little bit better when accompanied by a little baklava and kolokithokeftedes. (Lee Zimmerman)
Salt Lake Greek Festival @ Greek Orthdox Church of Salt Lake, 279 S. 300 West, Sept. 7-9, Friday-Saturday, 11 a.m.-11 p.m.; Sunday, 11 a.m.-10 p.m., $3, children 5 & under free, free admission with FanX wristband, saltlakegreekfestival.com 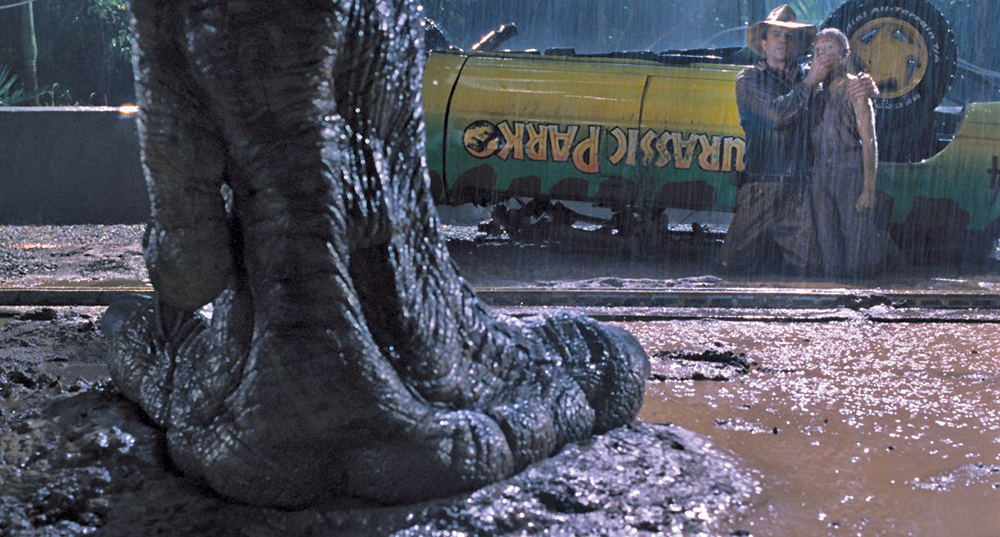 SATURDAY 9/8
Jurassic Park in Concert
Rain or shine, Usana Amphitheatre is projectingJurassic Parkon the big screen in celebration of its 25-year reign as one of the most iconic monster movies of all time. While many theaters across the country are hosting their own anniversary screenings, Usana's is unique in that the Utah Symphony is on hand to perform the score live.

Seating is available in sections with actual seats, but attendees can also purchase a cheaper lawn ticket, bring their own blankets and watch characters try to survive in a world dominated by velociraptors and T. rexes. And if we're being honest, is there really any better way to celebrate the waning days of summer heat with the family than by watching dinosaurs chasing and eating a whole bunch of people?

While not an official part of the Utah Symphony's schedule for its 2018-19 Films in Concert Series, the evening is an extension of these popular performances where the symphony performs a movie's score while it plays for the audience.

If you're put off by Usana's notoriously chaotic parking, the venue offers a premium parking pass for an additional $25 when you buy a ticket.

If you miss the event, or simply can't get enough dinosaur action in your life, tickets for other 25th Anniversary screenings are available through fathomevents.com. While the thrill of the live performance won't be there, these select screenings will include a showing of a 17-minute fan-made Jurassic Park remake. (Kylee Ehmann)
Jurassic Park In Concert @ Usana Amphitheatre, 5150 Upper Ridge Road, West Valley City, 801-417-5343,Sept. 8, 8 p.m., doors 6:30 p.m., $25-$80, usana-amp.com