The Faces of Rape

A seven-year fight puts a serial rapist behind bars. 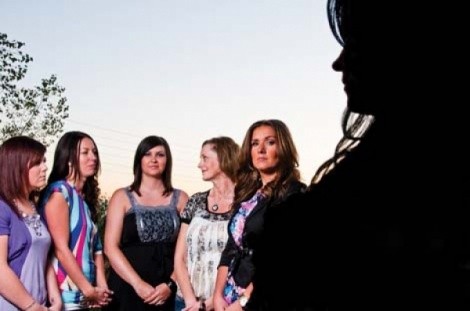 When “Laila” went to a Salt Lake City hospital to report she had been raped, a counselor told her that in Utah, “You get in more trouble selling a bag of weed than raping a woman.”

For the next two and a half hours, forensic nurses examined her for evidence of the sexual assault she’d endured six hours earlier on June 8, 2003, when a man she’d met at a nightclub pulled her into an alley and raped her.

The now-35-year-old mother of three, who requested her name be withheld, says, “I had an overwhelming sense of feeling dirty.”

When she got home, she told her father, who was visiting from Alaska. He shook his head, unable to speak, then put his coffee cup on the counter, got dressed and left. After the assault, Laila’s ex-husband, according to court documents, unsuccessfully sought full custody of their children.

“I felt so low, so defeated,” Laila says. “The thing about rape is that you don’t get victimized [just] that one time. I felt that way so many times.”

Her rapist, whom she described to Salt Lake City Police Department Detective Cody Lougy as “a pretty boy” with waxed eyebrows, was 28-year-old Azlen Adieu Farquoit Marchet. When questioned, Marchet told Lougy the sex was consensual, a defense he used to respond to Laila’s accusations and similar ones from multiple other accusers.

While Lougy believed Laila’s complaint, Salt Lake County Assistant District Attorney Langdon T. Fisher declined to file charges. The reason, Lougy explained to her, was a recording Marchet made with his cell phone moments after the rape, as he walked her to her car and told her that she was “not a ’ho.” Laila replied, in a soft voice, “Kinda,” a response she says she made because she questioned whether she was, in some way, partially to blame. It was a question that would continue to haunt her, especially as she struggled to find people—notably law enforcement—who didn’t make the same assumption.

Laila wasn’t the only woman who’d been sexually assaulted by Marchet. Lougy and Sandy Police Department Detective Chris Thomas soon realized they were both investigating the same man, Laila says, and they went to Fisher and Fisher’s boss, Paul Parker, with a total of six victims, including Laila. The district attorney’s office turned them down. (Fisher, now working for the Utah Attorney General’s Office, did not respond to a request for comment.)

The refusal to prosecute “compounds that feeling that it was your fault,” Laila says. “I really blamed myself for a long time, up until Michaela pressed charges.”

Laila’s trial pushed the prosecution of Marchet farther, because he faced 15 years to life for each of the two first-degree felony charges of aggravated sexual assault. Both prosecutor and defendant saw Laila’s trial as one that could put Marchet away for a long time, possibly life. As Marchet, a one-time aspiring actor, says during a jailhouse interview, “That’s kind of a wrap, isn’t it?”

Until Andruzzi took over the cases, however, most of the victims felt that the justice system had failed them, in great part because prosecutors initially declined to file charges on their complaints. During the 18 months after Laila’s complaint, Marchet remained free and allegedly raped or attempted to rape at least another four women.

“Since 2003, when that first case came in, everybody who has touched this bears some responsibility for the delay in arresting and charging Marchet,” Andruzzi says.

Acquaintance rapes, Andruzzi says, are far more common than stranger rapes. But because they typically take place in private, they devolve into “he said, she said” disputes. In a conservative state such as Utah, the behavior of the victim—from what they wore to whether they drank alcohol to where they met the rapist—is also put on trial. Furthermore, rape victims face a daunting journey to court. Andruzzi estimates that local police sit on or, in cop parlance, “short form,” half the rape allegations that are reported to them. Of those that do go to the district attorney’s office for screening, only about half make it to trial. Once at trial, success is a 50-50 shot. There’s a perception among prosecutors, Andruzzi says, that “there’s not much chance [of winning]” these types of cases and, thus, a reluctance to prosecute. However, the Marchet trials prove that the cases can be won.

“They’re difficult, but you can’t be afraid to take them on,” she says. “If I believe the victim, I can make the jury believe.”

When Andruzzi called Laila to tell her she wanted to reopen her case, Laila cried. “I spent two years in therapy because I thought you people didn’t believe in me,” she told her. After that, Andruzzi instituted a policy that prosecutors in her unit have to explain to victims, in person, why they are declining to press charges.

Over the course of Marchet’s trials, the six victims, who all knew they had been assaulted by the same man but were instructed by the district attorney’s office not to talk to one another about their cases, became friends nonetheless. “It’s like an odd support club, where you couldn’t talk about why you were there,” Andruzzi says.

While five of the victims feel they have been able to move on from their assault, Laila says that all she does “is show up for life” and wonders whether she will ever find a man who “can still love me after that, want to be with me after that, or not blame me after that.” She fears that “my walk with him will haunt me the rest of my life.”

Marchet, however, during an interview at the Utah State Prison in Draper (where his 6-foot-7-inch frame fills the visiting room) seems less concerned with his victims than with Andruzzi, whom he argues behaves as if she has a grudge against him. “She acts like she’s an ex and we had a bad break up,” he says, even while acknowledging her success. “She’s done kicked everybody’s ass.”

His frustration is palpable, even through the plastic prison window. “It sucks to sit [in court] and have to be stoic, when you want to scream at the top of your lungs, ‘That’s bullshit!’ ” he says. He rails against what he says is “a caricature” that’s been painted repeatedly of him in court, “as this big black dude that’s running around raping people.”

That’s an opinion shared by his father, Miller Eichelberger, a former airline customer-service manager and onetime Midvale burger restaurateur. He attended all of Marchet’s trials and by the time he sat through Laila’s testimony, he had spent his life savings fruitlessly defending his son. “It’s eating me alive,” he says. “I’m from Mississippi; I know how people get treated.”

Marchet and several of his attorneys have also brought up the specter of race, comparing his situation to that of a black man tried unjustly for raping a white woman in the Harper Lee novel To Kill A Mockingbird. But Andruzzi argues race has no bearing on the trials. During Marchet’s second trial, she told the court, “It’s not the state’s fault the defendant chose to rape white women.”