Tales of the scary movie moments our critics will never forget.

For everyone who grows up with pop culture, certain experiences become indelible—but our experiences with fear can be particularly burned into our brains. Ahead of Halloween, City Weekly's film critics recall the movie-related moments that scared them most profoundly, and why.

Scott Renshaw: For me, the most affecting scary movies aren't so much about what happens inside the theater, but the impact they have afterward. As a 9 year old in 1976, I probably shouldn't have been watching Jaws, though my uncle apparently thought it was a fine idea. I knew it had gotten under my skin when Ben Gardner's severed head occupied my nightmares for weeks afterward. Then, as an adult, there was the midnight screening of The Blair Witch Project at the Tower Theatre during the 1999 Sundance Film Festival. The movie had been generating crazy buzz, and I certainly found the bone-deep dread it inspired unlike anything I'd ever seen before. But the final punch came as I walked out of the theater in the middle of the night, and inadvertently stepped near enough to a fallen tree branch that it got caught under the cuff of my pants, giving it a tug. I doubt that I have ever jumped so high, so fast, in a manner that probably looked like a cartoon character. 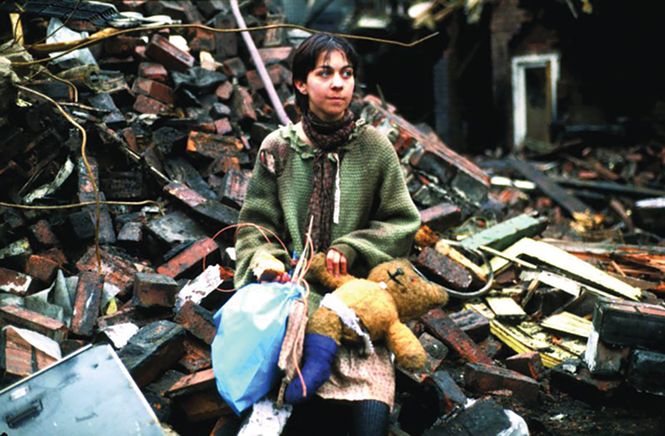 MaryAnn Johanson: The scariest film I have ever seen is Threads, a British TV movie that came out of the same apocalyptic zeitgeist that produced The Day After.Threads aired on PBS in the U.S. in early 1984, which is when I first saw it as a teenager, already convinced I was going to die in a nuclear war. It's adocudrama-style look at a confrontation between the West and the Soviet Union that rapidly escalates into all-out global nuclear war—and then, evenmore horrifyingly, depicts the long-term aftereffects as civilization collapses into a sort of medieval subsistence for those unlucky enough to havesurvived. When I say that Threads is my single most harrowing movie experience, it is only because it seared a black furrow across my soul as animpressionable teen that has never healed; it still plagues the dim recesses of my imagination. Early in the film, someone says, "If a bombdoes drop, I wanna be pissed out of my mind and straight underneath it when it happens," and this movie pulls not a single punch in showing youexactly why this is not too extreme a position to hold. 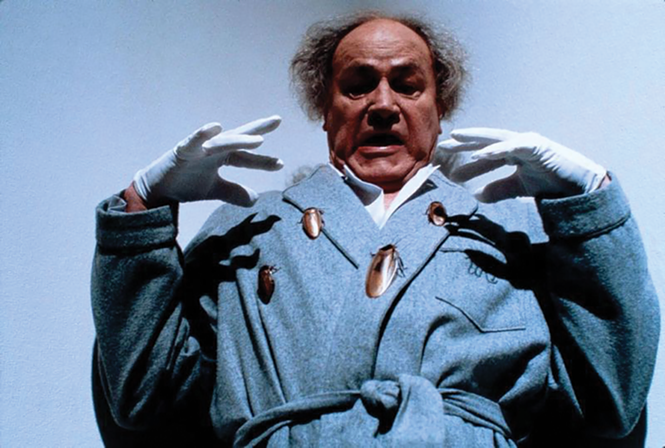 David Riedel: My parents refused to subscribe to HBO in the early 1980s, probably because they knew I'd watch movies that would scare the shit out of me. My solution: Head over to my friend Jason's house, because his parents had no qualms about letting him watch verified brain poison on premium cable. So when I was 8 (8!!), we glued our eyes toCreepshow, the George A. Romero/Stephen King anthology of goofy and gory tales. Two stories are effectively creepy:Father's DayandSomething to Tide You Over. Two—The Lonesome Death of Jordy Verrill(starring King himself) andThe Crate—are God-awful. And then comesThey're Creeping Up on You, featuring the great E.G. Marshall as a germophobe set upon by cockroaches. The special effects don't hold up so well, but the final shot of gajillions of bugs bursting from a man's head, neck and stomach still makes me queasy. That scene terrified me, but instead of running from horror movies, I embraced them. If it weren't for the recent birth of my son, I'd be spending each night this October watching slasher flicks—but maybe that's what2 a.m.feedings are for. 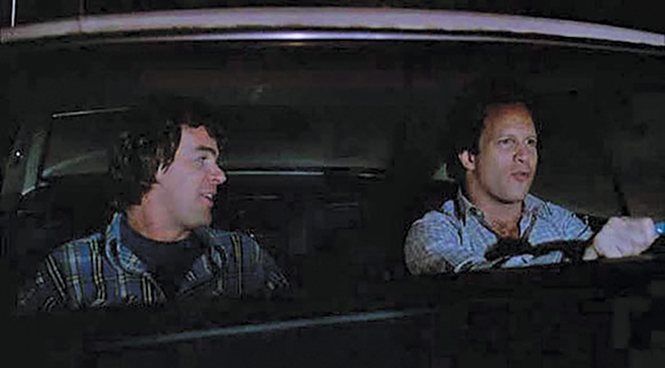 Eric D. Snider: My scariest film experience didn't even involve seeing a film. I was 9 years old, and my dad had recently seen Twilight Zone: The Movie. We were big fans of the Twilight Zone TV show in our house, so it made sense for him to fill me in on the movie's eerie delights. Dad described the prologue sequence, in which Dan Aykroyd and Albert Brooks drive down a dark highway, swapping memories of theirfavorite TZ episodes. Aykroyd says, "Do you want to see something really scary?" Brooks says sure; Aykroyd has him pull over. Aykroyd turns his face to the window while Brooks waits with amusement to see what he's going to do. When Aykroyd turns back around, he has the face of A MONSTER and attacks the driver! So vividly did my father recount this story, and so emotionally fragile was I as a 9-year-old, that I immediately burst into terrified sobs. The mere idea of it was so frightening that it was several years before I could actually watch the movie—which, of course, couldn't compare to the terror I'd imagined.

Andrew Wright: Late-1970s television excelled at driving unregulated children toward insomnia, as airwaves were saturated with countless re-broadcasts of The Exorcist and Jaws, oodles of made-for-TV schlock featuring titles like This House Possessed and Satan's Triangle, and that one episode of Fantasy Island where Mr. Rourke fought the Devil. The worst thing, however, was undoubtedly the commercial for 1978's Magic, which managed to transmogrify a leaden melodramatic thriller into 32 seconds of pure nightmare fuel. In the spot, a sweater-clad ventriloquist dummy (voiced by Sir Anthony Hopkins!) faces the camera dead-on while atonally screeching out an ersatz nursery rhyme about body swapping, taking someone to bed (?!) and death. Then the mouth opens wide and the eyes start moving back and forth, and ... oh, it's too horrible to recount, really. (Check out YouTube if you're curious. Offer only applies during daylight hours.) The programming executive who allowed this to air during The Banana Splits owes a sincere apology to an awful lot of prematurely gray, permanently eye-bagged 40-somethings out there.