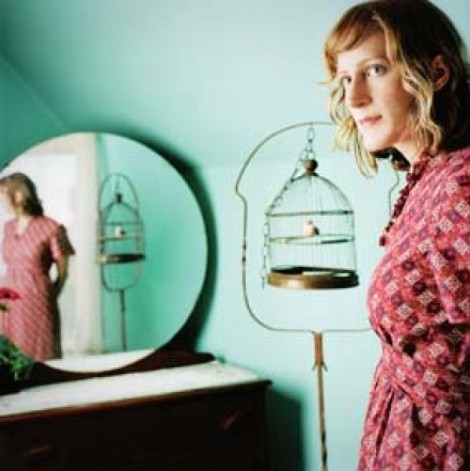 Don’t hate the playa—and don’t hate The Game, either. Like many big-time rappers, the West Coast emcee is a self-made success story, a former gang member who studied the industry from the sidelines before making several cunning textbook moves: co-founding a record label, releasing underground mix-tapes, and, oh, snagging Dr. Dre’s attention. That helped a little bit. The Game then either made a few missteps or brilliantly kept himself in the spotlight by engaging in several feuds, including a tiff with 50 Cent. Arguably, the rapper doesn’t need drama to attract attention. On his latest album, LAX, his flow is smooth and steady, plus chock full of contemporary rap themes de rigor. He knows how to make friends, too, as evidenced by the video for “Camera Phone” featuring Ne-Yo and directed by Entourage’s Kevin Connelly. The line between art and life is getting hazier every day. Great Saltair, 12408 W. Salt Air Drive, 8 p.m. All-ages. Tickets: SmithsTix.com

After a few false starts, Laserfang are finally claiming their rightful spot as one of Salt Lake City’s most impressive bands. Born from the ashes of I Am Electric, the inventive rock quintet seems to improve with each live appearance—just when you think they can’t get any tighter, bam! Shock and awe. Laserfang’s sound is smooth and fluid, funky but not fun-kay, with jazz elements poking through complex rhythms that border on tribal. They jam, you dance. You marvel at the saxa-ma-phone and what looks like a mouth-blown keytar—the underused melodica. You dance some more. The only thing missing from Laserfang right now is a proper album. Until then, experience the magic up close and personal. The Woodshed, 60 E. 800 South, 10 p.m.


WILL DAILEY, JOSHUA JAMES
Remember Belly? The band, fronted by former Breeders/Throwing Muses singer Tonya Donnelly, enjoyed a short wave of success in the ’90s, thanks largely to their hit “Feed the Tree.” These days, Donnelly’s a jack-of-all-trades, collaborating with musicians and lending her unmistakable voice to material by folks like Will Dailey, whose current project also involves cameos by members of Letters to Cleo, Dropkick Murphys and The Cars. By the Blue Hills doesn’t come out until later this year, but you can enjoy Dailey’s solid pipes and inspired songwriting on the new Torrent 1-2 as well as up close tonight when he shares a bill with Utah County Americana hero Joshua James. Velour, 135 N. University Ave., Provo, 8 p.m. All-ages. 801-818-2263

Monday 3.9
LAURA GIBSON, BLIND PILOT
Everything’s coming up Laura Gibson. Since releasing her 2006 debut, If You Come to Greet Me, the Portland singer/guitarist has built a loyal following that includes NPR’s Steven Thompson and Bob Boilen, two hugely influential radio figures who launched the Tiny Desk Concert Series after seeing Gibson perform at South by Southwest. The pair couldn’t stand to hear her delicate folk songs getting drowned out by audience chatter, so they invited their new favorite artist to play right behind Boilen’s desk. The series has since ballooned to include appearances by other “quiet” musicians like Shearwater and Jim White. Gibson is making waves all over the place with her sophomore LP, Beasts of Seasons, an album she recorded with Tucker Martine (Jesse Sykes, Sufjan Stevens) and a little help from her friends/fellow Portland rising stars Laura Veirs, Shelley Short, Cory Gray, Rachel Blumberg and Danny Seim (Menomena). Gibson will share the stage tonight with Portland duo Blind Pilot, who are equally impressive. She will also play an all-ages in-store at Slowtrain earlier in the evening. Be sure to keep it down at both performances. The Urban Lounge, 241 S. 500 East, 10 p.m.; Slowtrain, 221 E. Broadway, 7 p.m.

GARY JULES
Many readers will remember Gary Jules for his haunting cover of Tears for Fears’ “Mad World,” which appeared on the Donnie Darko soundtrack and that perfectly complemented the film’s dark, somber overtones. But, of course, Jules has more songs up his sleeve, and during his Salt Lake City show he’ll try to get a few other tunes stuck on “repeat” in the listener’s head. The Los Angeles-based solo artist released his first album in 1998 and has since enjoyed steady, moderate success including a 2008 residency at the Hotel Cafe. Jules teamed up with The Group Rules for his 2008 LP Bird, a collaboration that produced songs slightly less dramatic than his most famous hit. Pleasant folk melodies with well-crafted lyrics are truly where his strengths lie. Dig a little deeper into his catalog tonight when he appears with headliner Donavon Frankenreiter. The Depot, 400 W. South Temple, 7:30 p.m. Tickets: DepotSLC.com