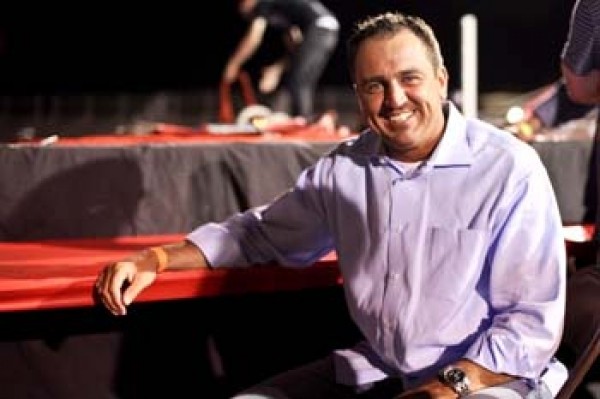 When Rep. Greg Hughes, R-Draper, asked Bill Colbert to be the director of the Pete Suazo Utah Athletic Commission, even Hughes’ wife told Colbert, “Don’t do this.” Hughes had come under considerable political and media fire for getting involved in the commission’s business by being behind one of several bills in January 2007 aimed at taking the commission out of the Department of Commerce.

Critics from the commission and elsewhere said Hughes’ then-management of welterweight Chris Fernandez was a conflict of interest. MMA promoter Mike Stidham thought Hughes wanted to kill off MMA in a bid to boost the ailing local pro-boxing scene. “You try to do anything bold, critics surface,” Hughes says. “I was accused of all sorts of ulterior motives.”

Colbert did not heed Hughes’ wife’s advice, and four years on proudly points out he’s outlived all his other predecessors by a considerable margin. “I’ve lasted longer than anyone,” he says. What Colbert attributes his longevity to is essentially his loyalty to the commission that appointed him and which he serves. Previous directors, he says, “were influenced by the agency they resided in versus the commission they worked for. There were cross-loyalties.”

Whatever the story behind why Hughes decided to shift the commission out of the Department of Commerce, for the politician, its success was paramount, given, as he notes, all he was accused of. “Everybody predicted I was out to end MMA and out to make a buck,” he says. “The facts show otherwise.” He also asserts, “This commission runs better than it ever has.” While some promoters would question that statement, most agree the commission under Colbert has improved the quality of MMA bouts and helped grow the sport in Utah. “It was everything I promised,” says a gratified Hughes.

Gym owner Griffin Reynaud sees the commission in measured terms. “I feel in the last five years they have gone out of their way to understand what MMA is, brought in seminars, trained referees and judges.” But he is still perplexed, he adds, “at the constant cow-towing to any promoter.” 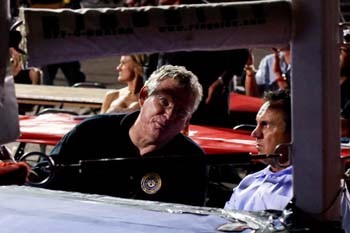 The 60-year-old Colbert is more than aware of the controversy that can follow in his wake. “If I have a weakness, I’m vocal,” he says. He admits to frustration at how fighters and promoters wander off at bouts when he’s trying to organize them. “I know people get mad at me, but I try to see the big picture,” he says. It’s a full-time position, which he says means he has little time at home on the weekends, but for which he is compensated with a total annual package of $107,000—double his predecessor’s compensation, according to one former commissioner.

Since Colbert’s arrival, the annual number of pro-MMA and boxing bouts has remained stable, at around 52 and six, respectively. What has changed, though, is the commission’s attitude toward MMA. Before Colbert, “it was seen as the dirty step-child nobody wanted,” says promoter. MMA promoters and fighters felt like second-class citizens.

Under Colbert, things changed. “Bill likes us,” promoter and fighter Jeremy Horn says. “He’s a fan of the sport and knows what’s right and wrong.”

One issue Colbert faces is bringing the rules up to date. MMA inherited what are essentially boxing rules, which have been fiddled with by the commission over the years to accommodate MMA’s needs.

Rule-making takes a lot of time, Colbert says. “I need to restructure the rules, red-line them.” But dealing with Mike Stidham [see main cover story "Blood Sport"], whom he acknowledges has had a long history with the commission, took time away from that. “Mike thinks I’m heavy-handed. All I try to be is fair.”

Now that the commission has renewed Stidham’s promoting license, commissioner Taylor Leavitt, for one, looks forward to Stidham’s return. “The frequency of Mike’s model allows people who want to try the sport to do so, providing more opportunities to fight.” Colbert says he has no choice but to get on with Stidham. “Ultimately, all we want is for Mike to follow the rules and be a good representative of the sport. Anything else causes me grief that I don’t need.”

Fighter-turned-promoter Johnny Riche, a former Stidham ally, appreciates the commission’s efforts. “Mike feels they are picking on him, making up rules to hurt his industry or business. But some of those rules are in place for the betterment of fans, participants, promoters and crowds.”

That was apparent on an August night this year in the Salt Palace Convention Center, when promoter and fighter manager Joey Montanez held a fight card for the Fraternal Order of Police convention. His father, Rich Montanez, attending the fight as a commissioner, promised “a fabulous night.” But before the bouts began, Colbert scratched two of the nine bouts because competitors tested positive for drugs. The commission tests several opponents at random. Given both bouts had opponents who tested positive, commissioner Leavitt agrees that whether all fighters should be drug-tested pre-bout is a valid question.

Drug use, however, may have as much to do with an injured fighter’s desire to compete as a predilection for illegal substances. Before the show, a medic addressed the fighters. If any one of them were on opiates or pain pills, he told them, “if the pain is that bad, don’t bother bringing me a prescription for Lortab.”

However badly injured from previous bouts, fighters, explains commissioner Leavitt, “are so competitive, they want to fight no matter what.”

One problem the commission faces is arguably the commitment of the commissioners themselves. According to 2010 fight-attending expenses filed by the commissioners, Rich Montanez earned over $7,000, Taylor Leavitt over $2,000 and the other three commissioners barely in the upper hundreds. That reflects how Montanez, essentially Colbert’s right-hand man at the fights and Leavitt, a highly knowledgeable fight fan and passionate advocate for the sport, can typically be found at most of the fights that take place in Utah, while the other commissioners are less involved.

Despite all the accusations that surrounded Hughes’ involvement in the commission exiting the Department of Commerce, pro-boxing has not benefited in any sense from the move. Indeed, Colbert expresses a genuine concern over the sport’s future in Utah. While gym owner and promoter Eddie “Flash” Newman has his critics, Colbert says, he nevertheless is the only person in Salt Lake City putting on boxing matches.

Colbert contrasts Newman with Stidham, a comparison Stidham resents. “Flash requires a lot of attention,” Colbert says. “He’s similar to Mike. Flash’s events come together at the last minute, they are changing, evolving, very fluid.” The more fluid the events, he adds, “the more risk of the commission making mistakes.”

A typically combative Newman says, “Everybody wants to be a big dog. I’m not trying to be king of kings. I’m trying to build a great fight stable.” He nevertheless supports the commission, urging it to not back down in front of criticism or angry promoters. “If it’s not forceful enough to stand its ground, why have a commission?”

When Colbert took over the commission, the departing director’s wife, Vicky Zollinger, predicted he would become friends with some of the fighters. “You do care about them, you worry about their well being,” Colbert says.

He recalls one fighter who had just left the Marines and wanted to fight on a Stidham card to make some money. When Colbert questioned his odd address, the veteran told him he was homeless, living in a field in Sandy. Colbert tears up, his voice choking, as he recalls contacting the Veterans Administration to get the man help, only for the fighter to not return. He classifies the veteran among “a few lost souls” that haunt the fringes of the fight scene.

“I worry about street fighters,” he says. “Sometimes I think they’d be better off working at McDonald’s for a day.”

But while the commission’s key role is watching the fighters’ back, it also needs to ensure that MMA grows in Utah, something tied, to some extent, to promoters figuring out how to be profitable, while not leaving audiences feeling shortchanged by short-lived fights.

For all the controversy that Mike Stidham has generated locally, he was the one local promoter who figured out how to build a going concern in the fight business, Hughes says. The politician says he certainly found managing boxers too expensive to continue.

“No one has the formula for a making a million other than the Ultimate Fighting Championship,” says Johnny Riche. “It’s a tough business; it’s rewarding, but at the end of the day, nobody is buying a mansion in the hill, at least not in Utah.”

Click to go back to the cover story: Blood Sport