The Leftovers, Under the Dome 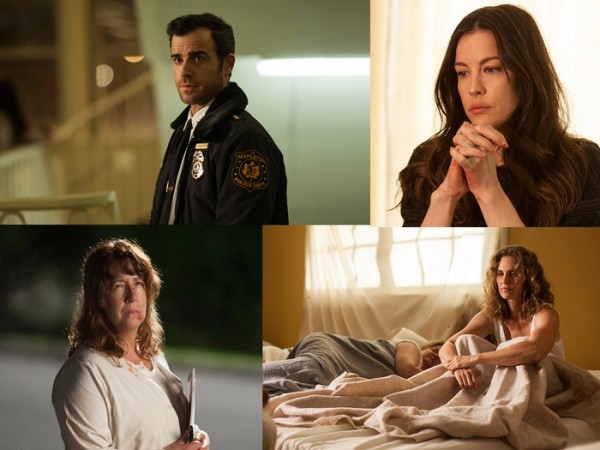 Series Debut:
As the Summer of the TV Apocalypse continues, Lost’s Damon Lindelof takes on the series adaptation of The Leftovers, a 2011 novel about a Rapture-ish event in which 2 percent of the Earth’s population mysteriously disappears. The “poof!” moment is shown with little fanfare in the first episode’s opening minutes; The Leftovers is about the confusion, malaise and outright weirdness that spreads among those still here—specifically, a suburban police chief (Justin Theroux), his estranged wife (Amy Brenneman), a post-Rapture cult leader (Ann Dowd), a devastated bride-to-be (Liv Tyler) and others of a small New York community. The capital-D Downer of a pilot episode is at least beautifully acted and staged, and does have a few light moments (among the taken: Anthony Bourdain, Jennifer Lopez, Shaquille O’Neal, Pope Benedict XVI and … Gary Busey?), but The Leftovers looks to be an even darker, life-has-no-meaning wallow than True Detective. Cheer up—your existence (or lack thereof) could be waaay worse.

Series Finale:
Try and follow this: The now-canceled Rake, starring Greg Kinnear as a rakish (get it?) screw-up who also happens to be a brilliant defense lawyer, debuted in January with its second episode. Fox continued to air episodes out of running order for several Thursdays before moving it to Fridays and, ultimately, blowing out the final 12th and 13th eps in what its few remaining viewers were left to assume was a two-hour series finale on a Saturday in April. But wait! Here’s the official series finale, the sixth episode, which makes no storyline sense airing after No. 13. Thanks, Fox.

Reckless
Sunday, June 29 (CBS)
Series Debut: She (Anna Wood) is a gorgeous, street-smart Chicago defense attorney; he (Cam Gigandet) is a gorgeous, charming Charleston, S.C., city attorney; together, they’re Pretty Lawyers Fighting the Throbbing Urge to Bone In and Out of the Courtroom (Reckless was a more manageable title). The one season/one case scenario centers on “a police sex scandal that threatens to tear the city apart,” but Reckless is really only about its lusty litigators, meaning this summer-filler series would have been better-realized on late-night Showtime as, well, Lusty Litigators.

Californication
Sunday, June 29 (Showtime)
Series Finale: Does Hank (David Duchovny) finally get his shit together and make an honest woman of Baby Mama No. 1 (Natascha McElhone), or at least Baby Mama No. 2 (Heather Graham)? The Only TV Column That Matters™ has seen the final—for real, this time—episode of longtime favorite Californication, and feels satisfyingly vindicated for having stuck by it for seven seasons (I fully realize I may be the only one who has). If you’re still out there, Moody-ites, it’s a funny and touching (if relatively depravity-free) wrap-up. I’ll even forgive Hank for choosing the wrong woman …

Under the Dome
Monday, June 30 (CBS)
Season Premiere: Part of the appeal of Under the Dome when it debuted last summer was its perceived One-and-Done format: 13 episodes and it’s over, fans and familiars of the 2009 Stephen King novel thought; no further commitment required! Then the ratings went through roof (but not the dome) and CBS caught If It’s Worth Doing It’s Worth Overdoing fever, resulting in a Season 2 pickup and a cliffhanger finale that stunk worse than a weeks-sealed bubble full of unwashed townies. The Season 2 opener, written by King himself, at least provides instant resolution—and, of course, new characters, new questions, more dewy-eyed blank stares from Julia (Rachelle Lefevre— you can take the girl out of Twilight, but …) and now, a magnetized dome!