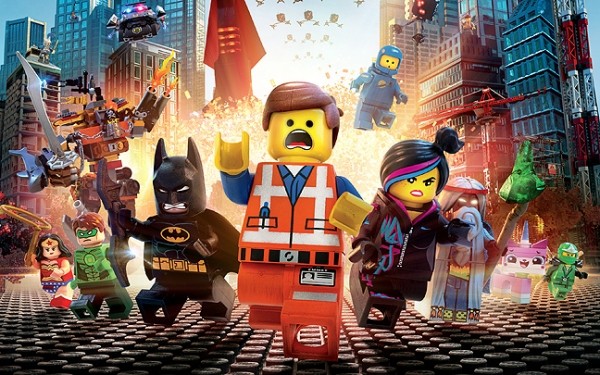 The cynicism, however knee-jerk, is understandable: “The Lego Movie? Seriously?”

It’s understandable because we live in an era of cinema as product, a seemingly endless barrage of comic-book characters and sequels, reboots and TV series adaptations, stories based on toys and video games and board games. They are the stuff of which the risk-averse modern multiplex is made. And if you love the idea of movies as a creative medium, as something other than a cross-platform marketing opportunity, it’s easy to stare at the mere name “The Lego Movie” with a burning gaze that could melt plastic.

But Phil Lord and Christopher Miller feel your pain. They’ve already shown a willingness to skewer an established brand with their movie version of 21 Jump Street, and a prodigious visual imagination with the original Cloudy With a Chance of Meatballs. In The Lego Movie, they’re not just determined to make the most entertaining movie possible based on a toy; they’re out to create a manifesto on the whole idea of what it means to create real art.

The setup is like a kiddie version of the universal hero myth, with perhaps an extra dose of The Matrix. In a Lego world, a simple construction worker named Emmet (Chris Pratt) begins another simple day full of his simple pleasures, always organized around “following the directions.” But there’s a dark plot brewing—one masterminded by the sinister President Business (Will Ferrell)—and a prophecy has declared that this plot can only be defeated by the one who finds the Piece of Resistance. And son of a gun, if that isn’t what Emmet finds when he takes a tumble into a hole on his construction site.

Emmet soon finds himself fighting alongside a number of “Master Builders”—including ninja girl Wyldstyle (Elizabeth Banks), a pirate made of spare parts (Nick Offerman) and even Batman (Will Arnett)—and Lord and Miller certainly have plenty of fun with the characters and their weird universe of overlapping playsets. Yes, there are in-joke references from The Dark Knight and other pop-culture touchstones. There’s also a needy Green Lantern who always wants to hang out wherever Superman is, an exposition passage that takes the form of “blah blah proper name backstory,” and Liam Neeson as a Bad Cop who’s never lacking a chair to kick when he’s angry. There’s never a moment when The Lego Movie gets lazy and falls back on nothing more than the most obvious nudge-nudge gag.

And that’s crucial to the entire arc of the story, which plants our hero in the middle of a society built on mindless diversions like an earworm song called “Everything is Awesome” and the inescapable hit TV show Where Are My Pants? The Master Builders are a group of radical creators who throw together motorcycles and submarines and fantastical weapons from whatever they find lying around, and that’s the world President Business is out to eliminate. The villain’s master plan, in simple terms, is about keeping every part in its proper place—making sure that nothing deviates from the construction blueprint that comes in each individual box.

The fantastically liberating concept of The Lego Movie, then, is one that’s both fundamental to the toy on which it’s based, and a lesson for every filmmaker handed a brand-name and told to go build something with it. Because the magic of these little blocks for youngsters has always been what happens when you take a few pieces from the Harry Potter set and some from the pirate ship and see what happens when you stick them onto those Star Wars vehicles. Lord and Miller have taken that childlike sense of possibility and applied it to the whole concept of a blockbuster. They’ve dared to announce that soulless, joyless based-on-[thing whose name you already recognize] filmmaking isn’t a foregone conclusion, but a choice.

If The Lego Movie offered nothing more than its unique visual sensibility and its rollicking action set-pieces, it might still be the kind of franchise movie that all live-action filmmakers should aspire to. But it strives to be something even more than that. It’s an instruction manual for how to make the best, most delightful creation from any brand: You’ve got to have the nerve to throw away the instruction manual, put the dragon head on the space ship, and let it fly.