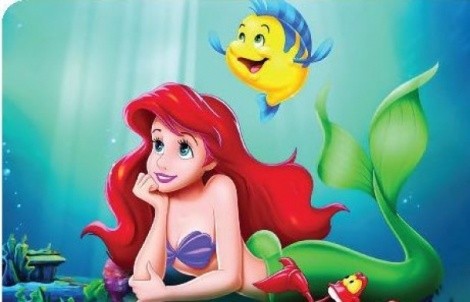 If you’ve worshipped Pixar or delighted in Ice Age’s Scrat over the last decade, it’s time for a commemorative celebration.

November 2009 marks the 20th anniversary of Disney’s The Little Mermaid—which, according to the prevailing Hollywood narrative, saved feature animation.

It’s easy to understand why that narrative makes sense. According to James B. Stewart’s 2005 book DisneyWar, Disney COO Frank Wells was ready to shut down feature-animation production entirely in 1984, as traditional hand-drawn animation grew more expensive. In 1988, the year before Mermaid premiered, only two animated features received a wide U.S. release—Disney’s Oliver & Company and Universal’s The Land Before Time.

Then along came Ariel and her $89 million haul—about $161 million in 2009 terms, adjusted for inflation. Then came Beauty and the Beast, and Aladdin, and The Lion King. Now, the top of the box office is littered with animated fare; in 2008, four of the year’s Top 10 domestic money-earners were animated.

Not surprisingly, however, dividing the feature animation timeline into “before Mermaid” and “after Mermaid” turns out to be a bit of an oversimplification. In 1983, a Disney technology executive named Stan Kinsey got a look at a project under development at an offshoot of George Lucas’ Industrial Light & Magic special-effects company. It was a system for rendering objects on a computer using vectors; the company was called Pixar Advanced Computer Graphics. As the technology became more refined— and was used for the first time in a film for a late sequence in Mermaid—it became a crucial cost-cutting component for Disney.

The mid- and late-'80s were also marked by another revolution: the rise of home video. For the first time, Disney set aside its practice of holding on to its “classics” for theatrical re-release, and realized that there was more money to be earned by selling the movies directly to families. Home-video releases were a runaway success for Disney—and suddenly the economics of continuing to make animated features for this cash-cow ancillary market made more sense.

Jeffrey Katzenberg, Walt Disney Studios’ chairman at the time, initially resisted releasing the classics to home video, before sales figures made the idea seem like a retrospective no-brainer—but other parts of the feature-animation story can be traced directly to him. Katzenberg embraced Walt Disney’s animation legacy and focused on developing strong story concepts for animated features. And he was visionary enough to recognize music as a crucial component, agreeing to the concept from composer Alan Menken and lyricist Howard Ashman—who had worked on the moderately successful Oliver & Company—to turn Mermaid into a Broadway-style musical. Katzenberg also played a key role in expanding feature animation beyond the Disney monopoly, as his acrimonious departure from the company to help found DreamWorks in 1994 led to creating the competing animation division that eventually gave rise to Antz and Shrek.

So, was The Little Mermaid’s success merely a case of fortuitous timing? Animation might have enjoyed a resurgence anyway, thanks to emerging CGI technology and the lucrative home-entertainment market, but a creative renaissance was by no means inevitable. What Katzenberg, Ashman, Menken and directors John Musker and Ron Clements did with Mermaid was change a paradigm: “Family” entertainment was no longer a euphemism for “kiddie fare,” but actually meant something that could be embraced by all ages. The rhythms of a Broadway musical were not an obvious choice for an animated feature, but Mermaid was crafted as something that would delight parents as much as it would engage their children.

Aladdin shifted this model to including jokes and animation elements that would resonate exclusively with adults—a concept that informed Shrek and many other subsequent computer-animated Johnny-come-latelies. Pixar ultimately perfected this quest for kid-friendly sophistication, launching from Katzenberg’s suggestion to John Lasseter that he should use buddy comedies like 48 Hrs. as a model for Toy Story’s Woody and Buzz. But it was Mermaid where the appeal to grown-ups first became part of the creative process.

Over the past decade, feature animation has seen its gems and its duds in much the same ratio as any cinematic genre. The fact that we big kids can appreciate as many of them as we do traces back to that little girl in the scallop-shell brassiere. We should consider ourselves fortunate she’s part of our world.