The Lower Lights bring community together with new Christmas album 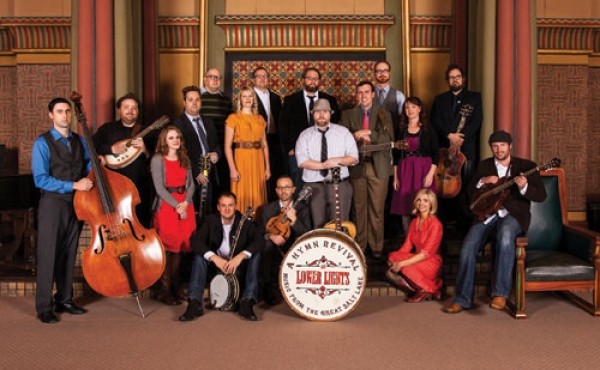 “Brightly beams our Father’s mercy from his lighthouse evermore/ But to us he gives the keeping of the lights along the shore/ Let the lower lights be burning!/ Send a gleam across the wave/ Some poor fainting, struggling seaman/ you may rescue, you may save.”

The hymn “Let the Lower Lights Be Burning,” written by Philip Paul Bliss in 1871, evocatively describes a group of despairing sailors trying to find their way through a perilous sea. But it’s not the lighthouse they rely upon; instead, it’s the smaller, human-scale beacons of the lower lights along the coastline that give them hope.

Since coming together four years ago, and after creating four albums, local Americana/folk group The Lower Lights have taken on a similar role by sharing their covers of classic Christian hymns and gospel tunes with the community. Vocalist Sarah Sample says the group isn’t “much of a lighthouse, but I do think that we offer some of our own light, dim light from the shore.”

Sample says that though there might be presuppositions about hymns and gospel music and who listens to them, “there’s just really beautiful, hopeful music out there that I don’t think has been given justice to. So we’ve been trying to … dig those songs out of the earth and polish them up a bit.”

With their new Christmas-themed album, The Lower Lights Sing Noel, released Nov. 26, The Lower Lights give the gift of their unique takes on traditional Christmas songs, as well as invite people of all religious persuasions to come together in the spirit of the season.

“I think even though we’re singing hymns … the message is just about community, and just about bringing people together,” Sample says. “I want that message to extend into any circle and beyond Salt Lake and beyond, hopefully into other areas of music. There’s a place for everyone in it.”

Founded in 2009, The Lower Lights set out to rediscover the simple joys of traditional hymns. On A Hymn Revival and A Hymn Revival Volume 2, as well as their first Christmas-themed album, Come Let Us Adore Him, the large group—the member count is usually 10 to 15 musicians—breathed new life into the old songs, giving them fresh vocal harmonies and contemporary instrumentation with guitar, piano, mandolin, lap steel, banjo and other acoustic instruments.

The new album includes beautiful, down-home versions of “Still, Still, Still,” “Bring a Torch, Jeanette Isabella,” “The Holly & the Ivy,” “Far, Far Away on Judea’s Plain” and many others. In addition to original members such as Sample, Paul Jacobsen, Scott Wiley, Pat Campbell and Ryan Tanner, The Lower Lights Sing Noel features newcomers Jay William Henderson, Stephanie Mabey and members of The Hollering Pines and the former Folka Dots.

The band will debut the album live at their fourth-annual Christmas concert, held for the third year at the Salt Lake Masonic Temple. For the first time, The Lower Lights expanded the performance to four nights (Dec. 9-10 and 12-13) and all sold out—proof of the group’s growing local popularity. And it’s no wonder: Drawn by the band’s welcoming message of acceptance and fellowship, everyone is a member of The Lower Lights.