The longtime leader of Democrats in Utah’s State House of Representatives, Becker, fashioning himself as “Blueprint Man,” wants to remake Salt Lake City by planning it within an inch of its life, including dedicated bicycle-only roads. He’s earned backing from the city’s left wing and the dislike of some developers. 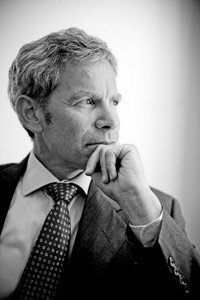 • Howa Construction—Becker gets the cold shoulder from a lot of the city’s big builders, but associates of Howa, currently building in Capitol Hill near Becker’s Avenues legislative district, showed him the love with a combined $10,000 in donations.

• Rockyites—Rocky Anderson endorsed Keith Christensen, but a lot of his people are in Becker’s camp. Becker’s contributor list is a virtual drum circle of bicycle riding, buy-local, Bush-hating lefties, including Rocky press secretary No. 7 Cliff Lyon—a blogger and stalwart of the city’s progressive movement, Laura Bonham, co-chairwoman of the Progressive Caucus of the Utah Democratic Party, and members of MoveOn and the Mayor’s Bicycle Advisory Committee. Democracy for Utah officially endorses him. He also has do-gooders, like the director of the Disability Law Center, the director of Legal Aid, and members of Planned Parenthood. The New Age Catalyst magazine and its editor gave $1,500.

• Frank Pignanelli—Rocky’s nemesis in his last run for mayor likely wouldn’t be seen at the drum circle but backs Becker with $1,000.

• David Ibarra—The $7,500 donor is one of the directors of the Utah Hispanic Chamber of Commerce.

• Tree-Huggers—The list of enviros backing the man who championed open space in the Legislature includes a SUWA board member, HEAL’s attorney, a lawyer who challenged the Legacy Parkway and the state directors for both the Trust for Public Lands and The Nature Conservancy.

• EnergySolutions—Becker’s green backers may be surprised to learn he got twice the direct support from Utah’s low-level nuclear waste dump ($2,000) as Buhler. Khosrow Semnani, the dump’s creator, also gave. (For the record, candidates Wilson and Buhler got $1,000 from EnergySolutions lobbyists. Buhler and Christensen also got $1,000 from Semnani.) Becker’s campaign notes he has voted against allowing the dump to expand.

• Planning nerds—Becker is a professional urban planner, and many of his friends might put you to sleep at a party: landscape architects, designers, engineers. Becker supporter Bill Knowles is the ombudsman for the Salt Lake Chamber of Commerce’s Downtown Rising project. The wife of Downtown Alliance executive director Bob Farrington also gave.

• UTA—A memo must have gone out. Bus agency donors include general manager John Inglish, an assistant general manager, an engineer, and a UTA lawyer. A consulting firm that does business with UTA gave $1,500. 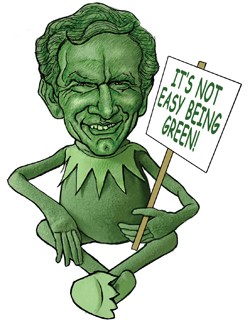 • Credit unions/lobbyists/utilities—Credit unions fought a long legislative battle against banks; now lawmaker Becker gets donations from the Utah Credit Union PAC and the vice president of the Utah League of Credit Unions. Becker also gets love from the finance sector, nursing home lobbyists, and backers of beer—including the Utah Beer Wholesalers Association ($1,000) and Uinta Brewing. Power loves power, and Becker’s coffers also are filled by a Questar attorney, PacifiCorp, a power industry lobbyist and the Utah Rural Electric PAC.

Know His Enemies
• Mall developers—Developers of The Gateway conspicuously left Becker off their list. The Salt Lake Board of Realtors took the same tack. Becker has long campaigned against sprawl malls and recently slammed Gateway in a debate. On the other hand, Becker has the Mr. Brady vote lined up with donations from architects, including the executive director of Utah’s chapter of the American Institute of Architects. He also has the assistant director of the Utah Heritage Foundation, and activists with Wasatch Front Sustainable Communities and Smart Growth Ogden.

Know His B.S.
• “The hero Salt Lake City needs: Blueprint Man”
Translation: “Don’t let the boring guy in the suit distract you.” Becker has a detailed “blueprint” for everything. Whether he’ll be able to keep anyone awake long enough to make the plans happen is another question.

• The “one Democrat” with “experience” to be mayor
Translation: “Jenny Wilson is a neophyte.” Becker has long led House Democrats in the Legislature, but some think he might have a Rocky problem, having stuck his finger in the eye of GOP lawmakers with relentless ethics bills. On the other hand, some lefties complain he wasn’t in the GOP’s face enough.

Rocky Meter
38 Proof
Like Rocky: Great hair, tried back in 1998 to ban talking on cell phones while driving.


Back to the Mayor Bunch
cw