Parts Interchangeable: The Mechanic is indistinguishable from a straight-to-video potboiler 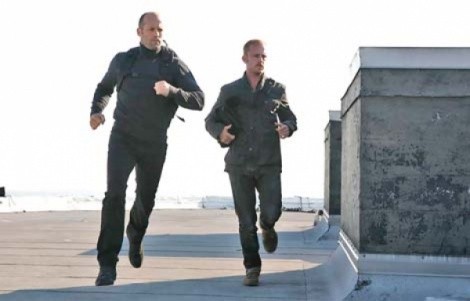 A stalwart veteran of late-night basic cable, the 1972 Charles Bronson hit-man vehicle The Mechanic remains in the top tier of that era’s B-movies: brisk, baldfacedly amoral and compulsively rewatchable in a way that genuinely good movies aren’t. Even at its most dated—most notably Bronson’s ludicrously swank home, which resembles a 12-year-old boy’s conception of the Playboy Mansion—it oozes mod existentialism from every Hai Karate-scented frame. The inevitable remake is also definitely a product of its time, but not for the better, really. Helmed by the same filmmaker who managed to gloss away the retro-charm of that other ’70s staple When a Stranger Calls, the 2011 model takes all of the distinguishing marks from the original and feeds them through an orange-filtered, stutter-edited genericizer.

Director Simon West’s movie maintains the basic plot device of the original: An ace mob assassin (here, Jason Statham) specializing in untraceable rubouts takes on a hotheaded apprentice (Ben Foster) and shows him the ropes. Unlike the earlier movie, though, which dared to suggest that there might be something morally suspect in making a living by killing people, the filmmakers here take ridiculous pains to depict the targets as cackling, over-the-top monsters, a decision that shows a grievous misunderstanding of the premise’s antiheroic mojo. The actors do what they can to liven things up—particularly Statham, whose Ben-Grimm-made-flesh physicality remains weirdly charming, even when he’s clubbing a guy with detached pieces of a bus—but to very little effect. Occasional A-level explosions and stunts aside, there’s nothing here that’s distinguishable from a straight-to-video potboiler starring Lorenzo Lamas.

Undoubtedly, the thing that everybody remembers from the original is its finale, an abrupt, nihilist humdinger of an exit that most likely wore out many a VCRs rewind button in its day. For all of its missteps, dead zones, and ill-conceived alterations, give this to the remake: It, too, has an ending.