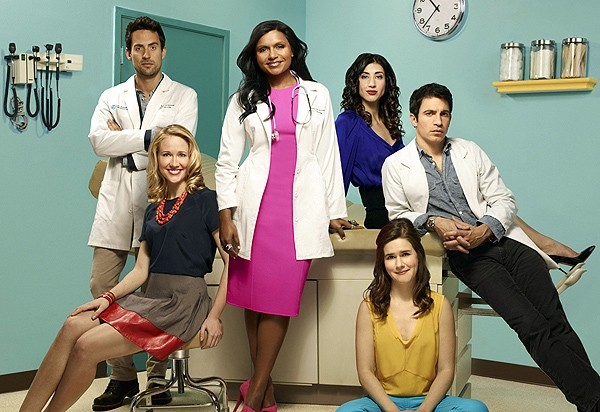 The Mindy Project: Season 1
Successful OB/GYN Mindy (Mindy Kaling) is a hot mess looking for love, but usually just ends up in even more pathetic situations than that wacky New Girl. DVD does not come with subtitles for those who can’t hear her high-pitched voice. (Universal)

Bad Parents
A suburban mom (Janeane Garofalo!) is thrust into the high-stakes world of kiddie soccer, facing off against long sleeves, crazed parents and a driven coach (Christopher Titus!!) in the movie that slams the coffin lid on ’90s alt-comedy. (Gaiam)

Rock Jocks
Misfit gamer-geeks (including Felicia Day) work for a secret government agency, piloting satellite drones to destroy asteroids before they reach Earth, but mostly just fight bureaucratic meddling. Not based on a true story … or is it? (Cinedigm)