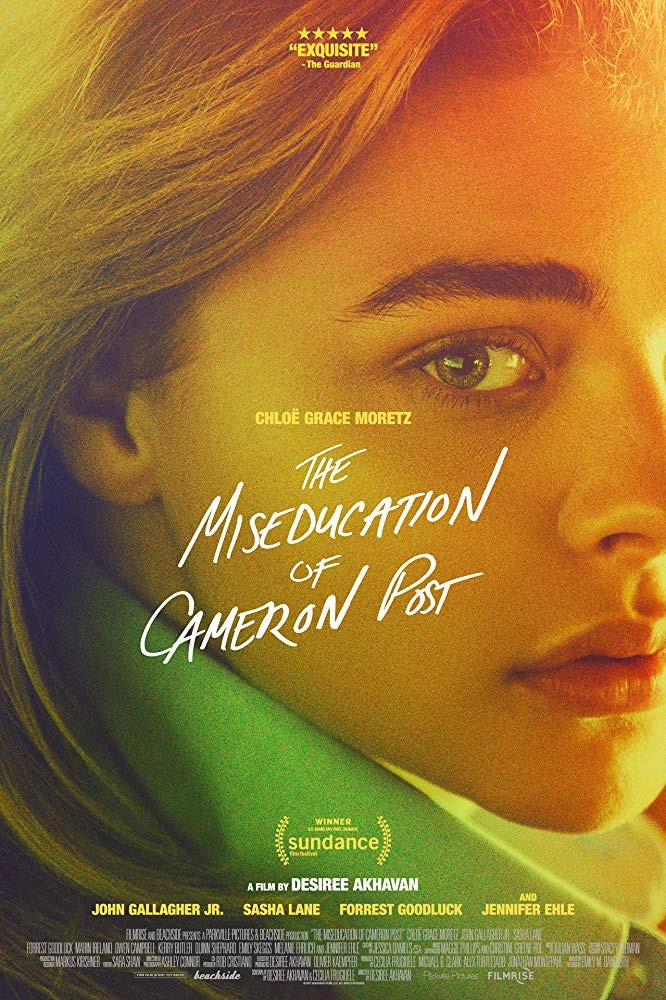 ★★★★★ ★★★★★
Sometimes knowing the source material serves the experience of watching a movie poorly. Desiree Akhavan adapts Emily M. Danforth’s novel, the circa-1993 story diving immediately into high school junior Cameron (Chloë Grace Moretz) getting caught in a compromising situation with a female friend, whereupon she is sent by her guardian aunt to a Christian residential camp run where teenagers work on eliminating “SSA” (same-sex attraction). In Danforth’s book, that event is the half-way point—after her gradual understanding of her sexual orientation, and coping with the guilt connecting her early experimentation with the night her parents died. None of that character background is present here, and Moretz spends most of the film looking befuddled about everything going on around her—which naturally includes “therapy” that the audience can knowingly chuckle and/or fume over. Jennifer Ehle turns in a nicely chilly performance as the program’s zealous overseer, and several effective scenes capture kids prodded to change who they are before they even understand what that is. Cameron Post simply makes the mistake of throwing us immediately into the efforts to “cure” Cameron, before we know what it is they’re trying to “cure” her of. By Scott Renshaw