Gypsy Willis’ affair with a married doctor led her to scandal, jail and a role as a celebrity witness at his trial

But their relationship wasn't all stress-free sexual liaisons. Willis found herself dealing with MacNeill's rapid cycles between manic and depressive phases, a product of his bipolar disorder. During his manic phases, he was "exciting, fun, funny and lively," she says. But "there were a few times—at least 10 times, about once every six weeks—when he was extremely manic and would get paranoid and kind of belligerent. It was exhausting, and one reason why I admire Michele so much is that she spent 28-plus years of life with him." 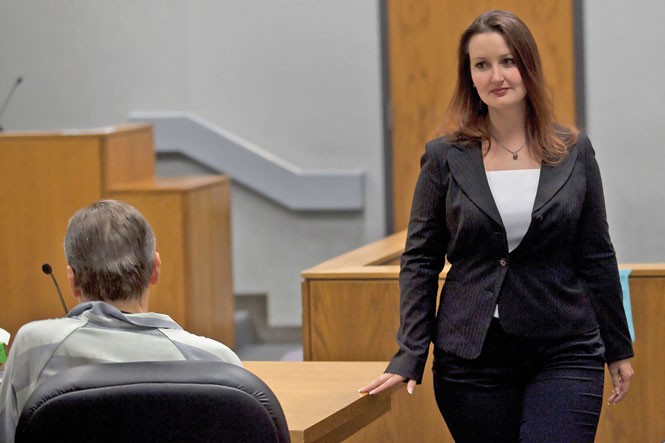 Willis says she admired Michele MacNeill from a distance. "Her life—with society, ballet, family and children—was not the kind of life I ever saw myself in, but I can admire a job well done, even if it is not in my field," she says. "We were obviously very different people with different interests. Martin loved her and always spoke well of her. He had chosen a life with her. I respected everything about her."

In 2006, Willis found a nursing program in Draper that she could get into right away. She gave notice at her Bountiful apartment in the fall and couch-surfed while going to school.

In January, she says, MacNeill told her that he "had leased a little duplex in Lehi for people who were working on his home. They had skipped out on the job, but he still had the obligation to pay on the lease. He put me up with the lease."

When she moved in, she says, MacNeill "gave me a debit card and said, 'Get what you need on this card. And pay me back when you are done.' "

The duplex had holes in the carpet and a dated '70s décor. But, she says, "it was a place to be; that meant a lot to me."

The nursing program was rigorous—40 hours of classroom time weekly, clinic days and a preceptorship, where students donated time. But moving to Lehi meant that she could see MacNeill more often, about twice a week. Still, she says, he was open about seeing other people, and knew that she was, too.

"He told me from the beginning that while he might care about me, our relationship would never move beyond occasional get-togethers."

It was only after Michele MacNeill's death in April 2007 that she and MacNeill became exclusive, Willis says.

In May, a month after his wife's death, MacNeill had Willis move in with him and his daughters to serve, officially, as a nanny.

Willis says she was a bit taken aback by the idea of helping as a nanny and thought it would be awkward, considering that she and MacNeill were involved. "I thought that it would be better if everyone had time to regroup, but Martin was quite insistent," she says.

Becoming the MacNeill nanny was quite different from her role in her own daughter's life. "I hadn't been involved with ballet or gone to church in quite a while, and I went with them," she says. "They were very sweet children. I really liked his younger daughters and learned to like the older ones, too." 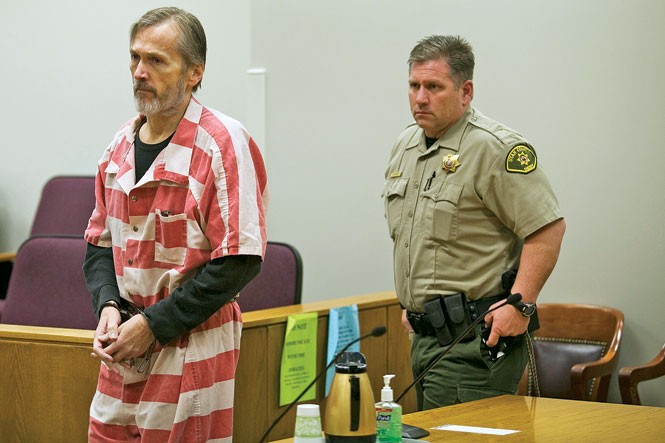 During that time, Willis says, MacNeill struggled to hold together his family and his bipolar disorder. "People didn't see him falling apart until you were closer in his life," she says. "When he was alone or with me, he was thrashing, was just about inconsolable when he let down his guard. He was so choked up."

Willis' own family issues resurfaced during this time. Willis drove to her parents' house to pick up a dog that, she says, they'd agreed to release to a rescue organization. But when Willis arrived at her parents' home, she says, her mother told her she couldn't take the dog, and they got into a fistfight. Willis says her mother grabbed her from behind and choked her. "I couldn't talk anymore, and was seeing stars." Willis bit her mother's arm to get away. "Mom said, 'Get out of here, you are never going to see Heidi again.' "

Willis called MacNeill, but, she says, her mother took the phone out of her hand, hung up and dialed the police.

"As I leave, I'm seeing a fire truck and ambulance all heading back toward my parents' house," Willis says. She says no charges resulted from the incident.

When the MacNeill drama came to light, Willis says her mother and sister took it as an opportunity to "say they were right about me, that I was evil and violent. My family does not talk to me. I had no contact and they took this as an opportunity to say I am a horrible person." 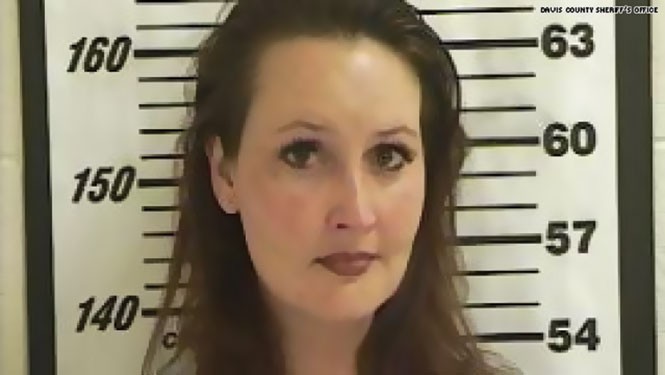 Her father, Dr. Howard Willis, says that Gypsy "remodeled her memory" of the fistfight incident, where she was actually the aggressor. "She wanted to procure that dog, and she unfortunately assaulted her mother to get it. It was an ugly situation."

He says he and his wife have not spoken to their daughter since 2008.

"We feel awful for the choices she has made and cannot have her around us," he says. "She is basically not welcome on our property."

Their greatest fear is that she was somehow involved in Michele MacNeill's murder.

"When Gypsy and Martin got together, it was a perfect storm," Howard Willis says. "When you've got a daughter that loses her morals and her spiritual guidance, she could be led on by a pathological killer. The moment she found out Martin was married, she should have shut that relationship off."

Willis says that MacNeill wanted to marry her, but didn't want her sizeable tax debts applied against his assets while he tried to sell his house. Her tax debts stemmed from growing up "with a father who was doubtful of the government, and was a tax protestor himself," she says. By the time she realized the problems her non-payments had caused, her debt to the federal government was about $50,000.

MacNeill's plan was to add her to the family under the identity of the MacNeills' adopted Ukrainian daughter Giselle.

Willis says she had reservations about the situation, but when she'd tell MacNeill that it didn't sound like a good idea, he'd ask, " 'Who has the debt—you or me?' or 'Who is the attorney—you or me?' "

She eventually put her worries aside. "Being as independent as I was, the benefits of having a guy in my life were to make me feel loved and let me feel safe," she says. "Feeling safe is big—it's not something you can always produce on your own. I don't think he intended any of it to go down like it did."

In January 2009, Willis was in the MacNeill kitchen when a SWAT team dressed in flak jackets and vests labeled FBI burst through the front doors. "They came in shouting, and I shouted, 'Get out, you can't be in here.' I was shocked, scared and angry."

As the FBI started taking pictures and doing a "ransacking search," Utah County detectives pulled Willis aside to question her. "We walked outside and there were police cars everywhere," she says.

She was arrested and booked on federal charges relating to the identity theft of MacNeill's 16-year-old adopted daughter. Before that, the only legal issue she'd had was speeding tickets.

Willis was later convicted in federal court on a count of aggravated identity theft. Part of her April 2009 plea deal was agreeing to testify in court if future murder charges were filed against MacNeill.

She served two years, surrendering her practical and registered nursing licenses. After she was released from federal prison, state prosecutors filed charges against her. She pleaded guilty to multiple felonies relating to the identity fraud and was sentenced to 36 months of probation, which ended in January 2014.

MacNeill was also prosecuted for identity fraud and pleaded guilty to two counts of identity fraud in August 2009. He was sentenced to 48 months in prison and released July 6, 2012.

"When Martin was released from prison in 2012, they threw me in jail and tried to restart my probation," Willis says. She says law enforcement took her into custody on an alleged probation violation to make sure she wouldn't run away with MacNeill. "I was so scared. I didn't even know when Martin was being released, and wasn't allowed to have contact," she says. She was released 10 days after MacNeill got out.

The following month, he was arrested and charged with murder and obstruction of justice in the death of his wife.

Willis testified at the 2012 preliminary hearing on MacNeill's murder charges in a calm and poised manner, she and the defendant making eye contact while she was on the stand.

After a 22-day trial in Provo in late 2013, MacNeill was convicted of his wife's murder, but has yet to be sentenced. A few weeks after the jury found him guilty, MacNeill attempted suicide in his cell by taking a disposable razor to his femoral artery.

In July 2014, MacNeill pleaded guilty to forcible sexual abuse of his adult daughter, a conviction his attorney is asking a judge to dismiss because the 2007 recording made by law enforcement of their interview with the victim was lost.

Willis says she hasn't written to MacNeill since she left jail. Now, moving on with her life, she hopes to acquire skills for a new career, as she doubts that she could ever regain her nursing career. Before the trial, she drove a semi-truck in North Dakota. 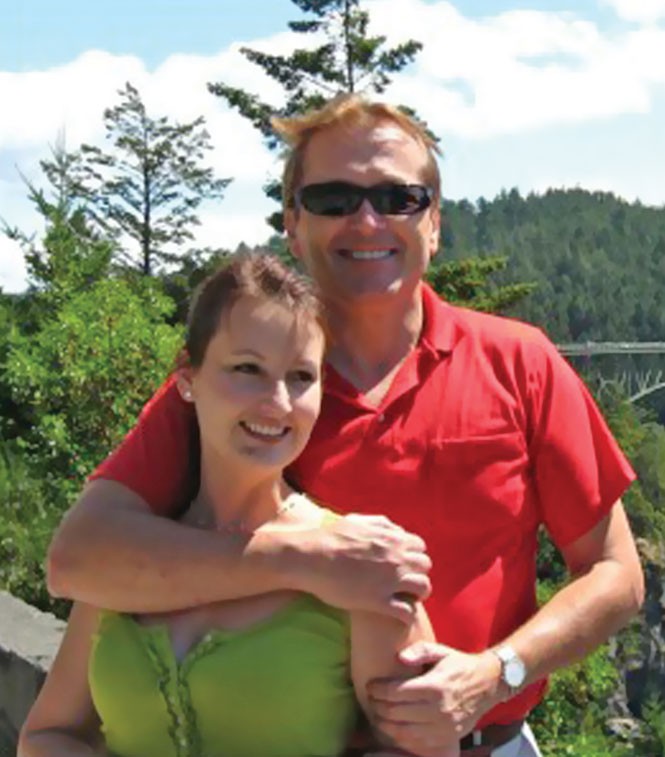 As for her relationship with MacNeill, she says, "Even though I have a lot of pent-up frustration that my association with this guy ruined my life, I am indignant about him being treated this badly." Willis believes her ex-lover was "crucified" by the media and bullied by prosecutors trying to make up for a flimsy case.

She says she can relate to the confinement he now faces after a suicide attempt. "I was in prison, too," she says. "I know what it is. It's hard, because it's so boring, regulated and mundane. Everything is difficult, from the other inmates, the abandonment of people you thought cared, the horrible food and the harsh treatment. For someone with Martin's mental stimulation needs, it would be living hell. ... The conditions he has been subjected to on maximum-security suicide watch for the last nine months are absolutely inhumane. I have no doubt that they have severely affected everything about his physical and mental health. "

Willis says she still believes that Michele MacNeill died of natural causes and that her relationship with MacNeill had no bearing on his wife's death. She doesn't believe MacNeill killed his wife in order to be with her. "He had me any time he wanted me," she says.

Still, she says, if she'd known in advance how her relationship with MacNeill would turn out, "I really can't even say that I would have met him for lunch."