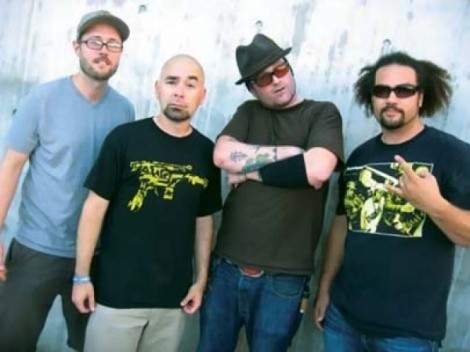 It’s hard to believe that one of the pioneering groups in Utah hip-hop hasn’t had an album out in nearly four years, but if you look at the careers of each member of The Numbs, it isn’t hard to figure out why.

Each member has kept busy with his own side projects, collaborations and solo releases since the release of The Numbs’ 2007 album Nfinity. Gunnar McKell mainly focused on his family, while Rooster worked as a graphic artist and started up River Apparel. Mark Dago released a 2010 solo effort, Self High Five, and he and DJ Shanty reunited with Rotten Musicians for their 2011 EP, aptly titled EPee.

But as any musician will tell you, sometimes it’s hard to shake that first love, and clearly love of the music is what brought The Numbs back to the studio for their latest LP, Soulburn. Even with all the other projects happening in the background, the group never officially broke up.

“I don’t see it as ‘reforming,’” Rooster says about the status of the band through the years. “Just a slow, constant process that has spanned about three years. We have never broken up or quit the hip-hop game.”

One of the biggest influences in bringing the group back to the studio was Ogden’s Linus Stubbs, who put together tracks with the group and added his own style to the production.

“Stubbs is one of Utah’s brightest and defining beatsmiths,” says Dago. “He captures that early ’90s aura—lush, varied beats that all manage to sound cohesive enough to fit together on the same album.”

The five started collaborating in mid-2010 and eventually booked time to record the album with producer extraordinaire Andy Patterson.

“AP is the best recording engineer in Utah, hands down,” Dago says. “He has such an ear for all kinds of music. The cool thing is that he can make your LP on a shoestring budget sound amazing!”

While it may be cliché to slap this phrase onto the album, it needs to be said that Soulburn isn’t your average hip-hop release. It feels like a tutorial on all things hip-hop and soul, kicking off with “The Return,” declaring The Numbs’ return to the game. “DNA,” with its fast-paced ’80s beat and quick rhymes, begs for a b-boy performance the moment it kicks in. “Won’t Soon Forget” taps into a ’70s vibe with cool horns and a simple jazz beat, which leads to “Way Of The Gun,” with its ’60s piano melody straight from the underground New York clubs of the era.

This album is a lesson in old-school music, beat and lyric structure, with each member of The Numbs holding class.