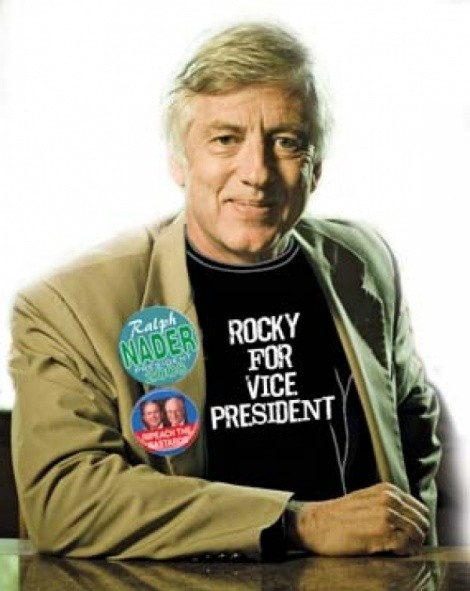 7. He’s afraid the charismatic juggernaut of Ralph Becker’s sparkling mayoral reign may be detracting from his legacy.

6. The suit doesn’t have to be returned to Tuxedo Junction until Friday.

4. The after-party’s being catered by Ruby Tuesday— Rocky loves him some Jumbo Lump crab cakes.

3. As the opening act, he gets to have his own T-shirt/merchandise table next to Nader’s.

2. Rocky and Nader score mad tail at Club 90 with the old “running for president” line.