The Plays at the Utah Shakespearean Festival 2010

Reviews: Merchant of Venice, Much Ado About Nothing, Macbeth, Pride and Prejudice, The 39 Steps and Great Expectations--the Musical 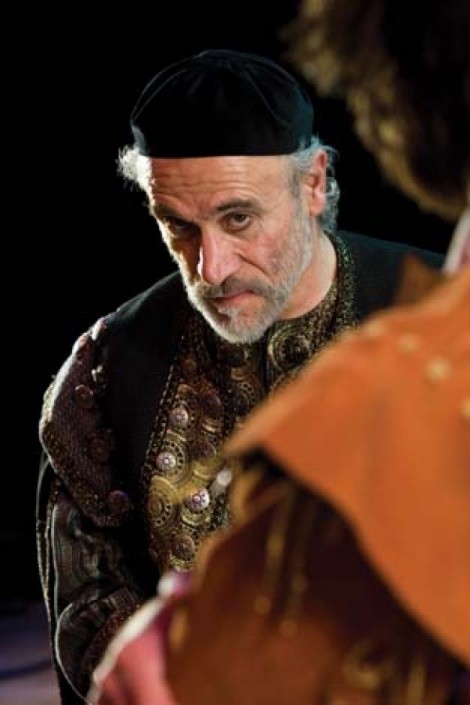 The Merchant of Venice

Directed by Sharon Ott
A Shakespeare play where a religious divide in the community is a major concern? Yeah, that’ll play just fine in Utah.


The tension between Christians and Jews in The Merchant of Venice isn’t the sole focus of the play, but it does have a massive influence on the plot, thanks to the boiling hatred between Shylock (Tony Amendola) and Antonio (Gary Neal Johnson). At the same time, Shakespeare manages to weave plenty of comedy and romance into his story as well, making The Merchant of Venice engaging on multiple levels.

Amendola is brilliant as a man scorned for his religion and his career as a money man. His emotional range is on full display as Shylock veers from bold to angry to pitiful. While Shylock is clearly the villain, Amendola fleshes him out in such a way that the audience can feel sorry for him as his world collapses around him.

In a more joyous role, Emily Trask’s Portia is sexy, witty and clearly smarter than the men in her world. Anytime the darkness of Shylock’s fury and desire for Antonio’s blood threaten to steal the spotlight, Portia re-establishes some light on stage. And her famous “mercy speech” was a highlight in a show full of engaging speechifying.

Click here to read the full review of Utah Shakespearan Festival's The Merchant of Venice.

Plan Your Trip to Utah Shakespearean Festival:
What to eat, see and drink in Cedar City

Much Ado About Nothing

Directed by B.J. Jones
Many Shakespeare productions rely on the Bard’s genius to carry the actors through, but savvy cast choices can elevate his words to new heights.

So it is with this production. The romantic comedy might lack the gravitas of some of Shakespeare’s other plays—the title even acknowledges as much—but the cast makes it a must-see.

It starts with David Ivers as Benedick and Kymberly Mellen as Beatrice. The two are anti-marriage wiseasses who enjoy a long-running verbal battle of wits before being tricked into realizing they’re in love. Both actors tear into their parts with verve, eliciting roars of laughter from the crowd throughout their micro-level battle of the sexes. Ivers in particular displays an impressive knack for comic timing, pacing his words and exaggerated physical movements for maximum effect.

The players around the couples are excellent. Ryan Imhoff’s Don John is the picture of villainy, clad in a long, black leather duster. Don Burroughs’ performance as the lead bumbling constable Dogberry was hilarious each time he took the stage; imagine a manic Jack Black in the role of an army drill sergeant, and you have some idea of Dogberry leading his small police squad.

Click here to read the full review of Utah Shakespearean Festival's Much Ado About Nothing.

Directed by Joe Hanreddy
Front and center of this swirl of witches, sword fights and tripped-out visions is the relationship of Macbeth and his wife, one of literature’s most neurotic and entertainingly unhinged power couples.

As played by Grant Goodman (Macbeth) and Kymberly Mellen (Lady Macbeth), the couple begins the play as attractive young innocents, he a returning war hero and she his steadfast anchor at home. One chance meeting between Macbeth and the Weyward sisters—aka the witches—though, and the Macbeths evolve into a backstabbing, secret-keeping terrible twosome.

What did the witches tell Macbeth to make his life and relationship take such a dramatic turn? Merely that he would one day be king of Scotland, and that he just might be immortal. Heady stuff, indeed, and the witches’ words just might be literature’s most famous spoiler-alert.

Macbeth illustrates the advantages of seeing a production at the USF’s outdoor Adams Theatre. The descending darkness seemed perfectly timed to the increasingly diabolical events on stage. Macbeth’s second encounter with the witches was greatly enhanced by the natural dark; where once there was light saturating all corners, the stage later was a study in shadows and secrecy that melded well with the furtive action.

Click here to read the full review of the Utah Shakespearean Festival's Macbeth.

Directed by Blake Robison
It’s not easy to hang with The Bard, but this new adaptation of the Jane Austen classic does just that. 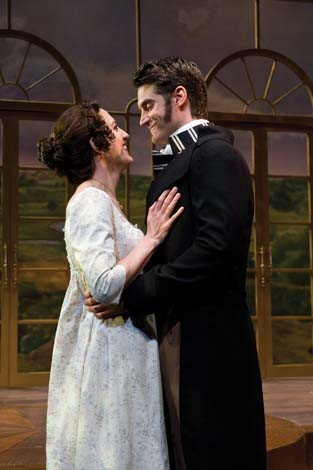 Credit for that must go to Austen herself, who packed her novel with enough wit and attitude to make it a pliable piece able to withstand generations of adaptations and bastardizations. If the original work weren’t as strong as it is, Pride and Prejudice would not have the drawing power it still enjoys 197 years after it was written.

In ditching the narrator and removing the stiff recitations of letters from the book—which other stage adaptations insist on keeping—playwrights Joseph Hanreddy and J.R. Sullivan have created a production that moves smoothly and quickly, without sacrificing the humor and romance that is its essential appeal. And it’s a testament to both the original and this adaptation that the rapid-fire banter between characters is nearly as engaging as the dialogue in Shakespeare works at the festival.

The cast is uniformly solid, and the sweep of the novel is maintained through quick-changing sets and naturally flowing stage directions; it’s impressive work by director Blake Robison and choreographer Kirsten Sham to move the couple dozen characters around the stage so fluidly.

Directed by Jules Aaron
This new musical Great Expectations is a show only Charles Dickens’ fanatics could love. In truth, the story behind how it came to the stage in Cedar City is more inspiring than the show itself. 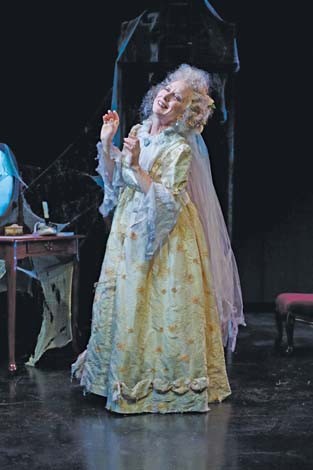 This adaptation started as the passion project of an Iowa schoolteacher named Margaret Hoorneman, who taught the novel to ninth graders. The way her students reacted to the tale of Pip and his unrequited love for Estella inspired her to try her hand at making a musical, a project undertaken when she was 92.

Now 96, Hoorneman was on hand to watch the premiere at this year’s festival, so this Great Expectations is already a success on one level. But how does it work as entertainment for a modern audience? That question depends on how much you love Dickens, and how much you enjoy musicals.

For me, those answers are “he’s OK” and “hardly ever,” and this Great Expectations didn’t change my mind. Musically speaking, the songs veer from hummable and poignant to sappy and saccharine—typical for musical theater in my experience.

If you love Dickens, you’ll want to see this version, whether for the novelty or to find a renewed appreciation of the original. Just don’t go in with too great of expectations.

Directed by Eli Simon
Alfred Hitchcock is a master of suspense, but how about slapstick? 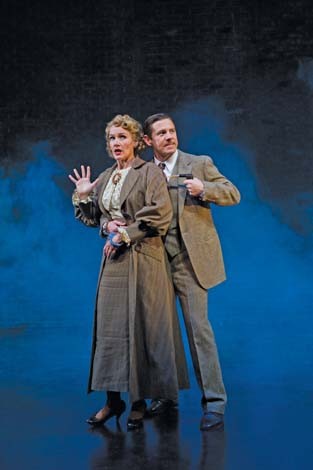 The 39 Steps is not solely the work of the British film legend and it did not begin as the Monty Python-inspired comedy it is now. Hitchcock was merely the most famous adapter of John Buchan’s 1915 spy novel.

This production challenges four actors to perform more than 150 roles over two hectic hours. And those same actors are largely responsible for moving the sets and props around the stage—talk about earning your paycheck.

Boiled down, the story is this: An unremarkable man, Richard Hannay (Brian Vaughn), is roped into a spy conspiracy by a mystery woman who passes a note pointing him toward a professor in Scotland. Mistaken identities, train rides, car chases and near-death experiences land Hannay in a face-off with a Nazi German spy ring. Naturally, hilarity ensues.

Actually, the hilarity ensues well before, watching the cast tackle the high-energy stage directions. Vaughn is the only actor with just one role to play; David Ivers, Aaron Galligan-Stierle and Carol Linnea Johnson all do highly entertaining work tackling multiple roles. Throw in a bunch of shifting accents—British, German, Scottish—and the performances are even more impressive.

Click here to read the full review of Utah Shakespearean Festival's The 39 Steps.