Did police catch a terrorist or simply punish a man who was seeking help for a mental illness? 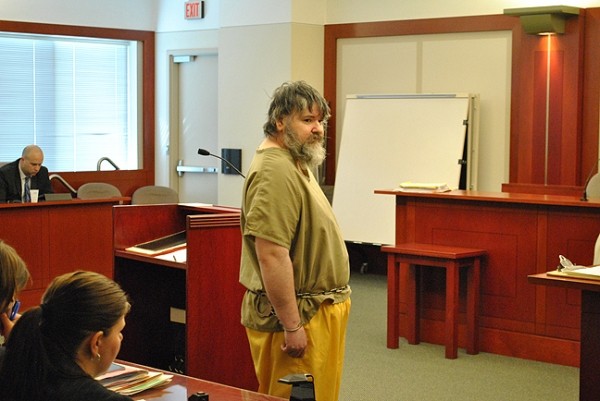 When county prosecutors trumpeted in September 2013 that a domestic-terrorism attack had been thwarted, little was said about the fact that the mastermind behind the proposed plot had called the police on himself.

On two different occasions between August and September 2013, Jack Harry Stiles called authorities and told them he was trying to kill himself and, during one incident, said that he wanted to hurt others. Both times, he was taken to the hospital.

The first time Stiles was taken to the hospital, he told a crisis worker he had been thinking about committing a mass shooting, where he would, ideally, “kill as many people as possible.” Rather than commit Stiles to the hospital to undergo further review, police were called and Stiles was arrested and booked into jail.

Troubling as Stiles’ statements were, mental-health professionals and defense attorneys say the man is hardly the only person who claims to want to hurt others while experiencing a psychotic episode.

Stiles’ public defender, Neal Hamilton, says his client did exactly what society would expect of him: seek help. But instead of getting help, Stiles got punished.

“We should facilitate what Jack did, not criminalize it,” Hamilton says. “What Jack did was the ideal situation. He got law enforcement involved and he got medical treatment involved. This is what we should strive for, and yet here we are.”

The saga that eventually resulted with Stiles being charged with stating terroristic threats began in August, a full month before he was officially charged. During this gap of time, police records show, different agencies and authorities dealt with Stiles’ statements in various ways.

His most detailed threats happened Aug. 11, while he was speaking with a crisis worker at Pioneer Valley Hospital. Stiles was taken there by a Salt Lake City Police officer who noted in his report that Stiles had been cutting himself and had been considering buying a gun and shooting people at a movie theater or mall. Since Stiles didn’t have a gun or money to buy a gun, the officer took the man to the hospital.

During an interview with a crisis worker, Stiles said he had gone to the City Creek Center mall to “scope at (sic) and map exactly the best spots for me to hide where I could kill the most amount of people,” according to a report made by the West Valley City Police Department, which the crisis worker had called to the hospital.

Stiles was questioned at length by a West Valley City Police officer. In the report, Stiles said he didn’t have any guns, but he wanted to buy “automatic handguns with silencers.” Asked where he’d buy these guns, Stiles said the “gun store.”

Stiles also told the officer he’d looked on the Internet for bombmaking instructions. In addition to the shootings, he said he wanted to blow up a UTA Trax train during lunchtime.

Jonathan Bone is a clinical psychologist who owns a private practice and also has done contract work for the state that has included conducting psychological and forensic services for defendants represented by the Legal Defenders Association, for whom Hamilton works. Bone says it’s not unusual for mentally ill patients experiencing a psychotic episode to say they want to hurt others.

When this does occur, Bone says, the patients are typically committed for 24 to 72 hours, per state statute, before being re-evaluated. At this time, if the patient is still deemed a threat to others, the patient can be committed to a hospital for an even longer period. Bone isn’t familiar with all of the details surrounding Stiles’ case, but based on the information from police records that City Weekly shared with him, he says it doesn’t sound like Stiles had the means or know-how to execute a mass shooting or blow up a Trax train.

“People with mental illness make statements like that all the time,” Bone says.

The officer asked Stiles if he intended to shoot and kill children. “If he did happened (sic) to kill a child he will stop and surrender,” the report notes. And once he ran out of ammunition, Stiles said he would surrender “due to police being faster shots.”

Stiles was arrested without incident and booked for making “terroristic threats.”

He noted that when a case comes across a prosecutor’s desk, his office always asks, “Do we feel comfortable filing the charges?”

“It may be nothing more than somebody didn’t feel comfortable,” Gill says, noting that some bit of information could have changed between Stiles’ arrest in August and the filing of charges in September.

But Hamilton, who has filed a motion in 3rd District Court seeking to have Gill’s office removed from the case for prosecutor misconduct, says nothing that he’s aware of changed with Stiles, or his threats, between August and September. He believes that whoever screened the case in August realized that Stiles needed medical help, not a prison sentence.

Stiles’ next contact with law enforcement came Aug. 31. Salt Lake City Police responded to the Cinemark Movies 10 theater in Sugar House, one of the places Stiles said he had scoped out and thought would be a good place to shoot people. Theater employees had called police; they’d been notified that they should contact authorities if they saw Stiles on the property.

When officers contacted Stiles inside the theater, he said he thought he’d been “cleared” to be there. Since he was not welcome, Stiles was escorted off the property without incident. He had no weapon.

Twenty-two days later, officers were dispatched to Stiles’ apartment. The police report doesn’t state who called police. Stiles was cutting himself again and asked to be taken to the hospital for evaluation. Officers couldn’t find any weapons, and an ambulance took the man to St. Mark’s Hospital.

The paper trail ends here, but it is where the media’s glaring lights begin.

On Sept. 23, West Valley City Police descended on the hospital and arrested Stiles. Prosecutors filed charges for the terroristic threats made in August, and bail was set at $1 million. And ever since, Stiles has been locked in jail.

Stiles’ arrest came a few days after a Navy sailor killed 12 people at a base in Washington, D.C. In August, Stiles told police that the two-year anniversary of his mother’s death was Sept. 25, and that he might choose that day to commit the shooting.

Media outlets reported that authorities and prosecutors had “foiled a terror plot,” and “uncovered” plans to commit mass murder.

After his arrest, City Creek attorneys sued Stiles, saying the threats harmed its reputation and made shoppers and employees fear for their lives.

The lawsuit was quickly settled, with Stiles agreeing to stay at least 1,500 feet from the upscale mall.

What media outlets didn’t know then was that Stiles had been a free man for a full month after informing authorities of his supposed plot.

Hamilton says he’s genuinely stumped about the authorities’ insistence on prosecuting Stiles. Still, he credits Gill’s office for doing great work for the mentally ill, and doesn’t believe prosecutors would have filed charges if they didn’t think there was a case.

“I am confident that somewhere in their office they’ve done the research, and legally they believe that they have a good case against Jack Stiles,” Hamilton says.

But he worries that other mentally ill people, wary of the possibility of arrest, will let similar thoughts go untreated.

“Jack’s not alone in this,” Hamilton says. “I am absolutely concerned about a chilling effect.”