The Politics of SLC

What you can do to make Salt Lake City your city 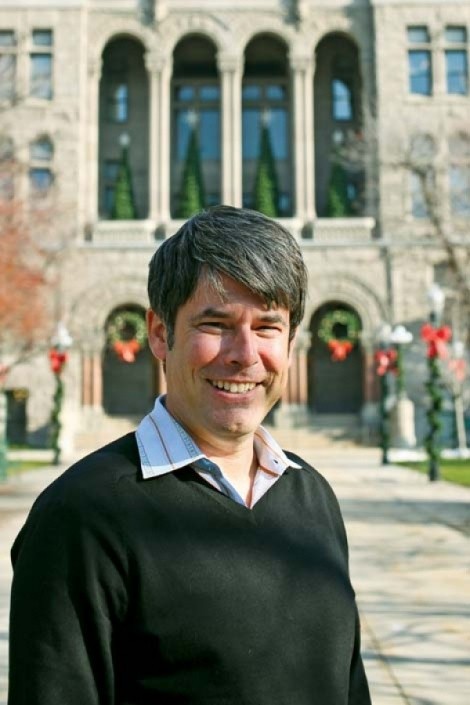 Newsflash: Government isn’t the enemy. Bad government is. The beautiful thing about city or municipal government is that it’s as close as it gets to government of, for and by the people. At the national level, our representatives play a game dominated by big money. But at the city level, campaign contributions and lobbyists haven’t totally hijacked the train. One of the reasons I ran for city council was that I knew that I could knock on the door of every voter in the district. Most of the people who make law in Utah are part-time legislators, not insulated professional politicians. And most of us are real people, not satanic robots.

There’s no reason why government at the city level can’t be good government. What’s refreshing about working in the city council is we’re not divided by party caucus. Our shared concerns fly below the polluted air of party politics and ideological demonizing. Despite our differences in worldview, class, religion, gender and sexuality, every council member wants safe streets, good schools, and a vibrant downtown. In a city like Salt Lake City, we have enough resources to do our job decently. And if we don’t, you should hold us accountable.

I’ve seen employees disciplined, proposed ordinances changed, and budgets shifted because of input from residents. It may not always do what you want it to, but city government is within reach.

Sometimes, it takes as little as a phone call. Other times, it’s about building a coalition and a longer engagement.

Generally, there are three things that city government does: Spend tax money (budget), make law (ordinances) and carry out law (administration). The city council deals with the first two, and the mayor is in charge of the third (while influencing the others). Want money for something like a street or a park? How about the service you just got? Think the city should have different rules?

That’s all possible. My first advice is to find friends and allies. I hate saying it, but it’s hard for a single individual to make a difference. We civic-booster types frequently profess the opposite, but the people we hold up as difference-makers are rarely successful acting alone. Groups get things done. Internet connections make it easier than ever to find people who share your concerns. Face-to-face conversations frequently spark the fire in the belly of neighbors to get together and take action.

Next, find advocates in government. Your city-council representative is a great place to start. Any of us seven will have a sit-down conversation with you, especially if you’re willing to come into the office at City Hall. Get to know staff. If you’re getting the run-around for, say, a building permit, try to make allies with the city workers across the counter. It’s no secret that staff runs things, and the more love you make, well ... Not only do city staff know how the rules work, but also how they don’t work. This is valuable information for a reformer.

Recently, I’ve been quite taken with the concept of “civic friendship.” Aristotle, a philosopher antedating the Facebook era, had a pretty high bar in defining friendship, and actually made it the standard for the relationship between citizens. One of the things shared by friends was a view of the good life. It wasn’t just that “friends” shared lifestyle or taste, but that they were also partners in achieving a better life.

In cities, the chances that significant elements of this “better life” can be shared is greater than at any other scale of government. We do simple, palpable things like fill potholes and design parks. Together, we can do it better. You already have civic friends who see the best future for this city the way you do.