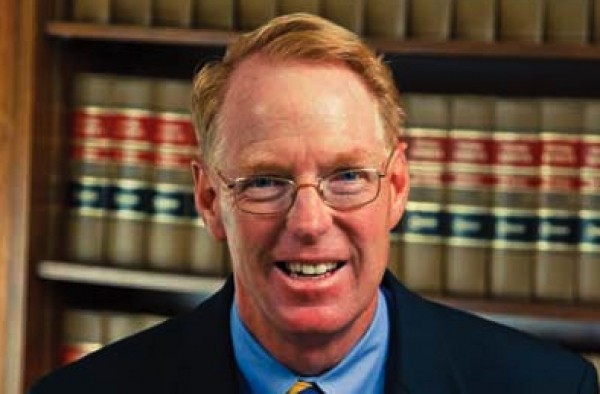 The gavel has always come down hard on child pornographers, giving lengthy jail sentences to those who produce and profit from the exploitation of children. But for former Utah federal Judge Paul Cassell, the justice system has failed victims by focusing mainly on jail sentences.


Now, Cassell is working pro bono with another attorney to press a new line of attack in the courts against child pornographers. He’s seeking to test the legal requirements that victims receive “full” restitution by litigating that child-porn felons—whether they produced or possessed the pornographic video or image—be required to pay enough restitution to cover therapy throughout the victims’ lifetime.


Cassell has spent the past 2 1/2 years finding cases where his clients’ images have appeared in the collections of child-porn defendants across the country and has sought to hold the convicted men accountable for approximately $1 million in restitution to “Vicky” and $3 million to “Amy” [not their real names] to cover therapy and lost wages.


So far, though, the price tag has not been accepted by most federal courts where Cassell has taken his case. Most judges reject the idea that defendants who simply possessed images of Cassell’s clients would have caused enough direct harm to the victims to merit paying them the “full amount” of restitution.


Cassell rejects that argument and says the language of federal law agrees. “In our point of view, when it comes to covering the losses of a victim, between a wrongdoer and a victim, the law always favors the victim,” he says.


And in 2011, the 5th Circuit U.S. Court of Appeals, located in New Orleans, agreed, giving Cassell a victory in a Texas case. He’s now picking another fight with a July filing in the 10th Circuit and hopes to take the issue all the way to the United States Supreme Court.


Cassell argues that all who possess images of his clients’ abuse are complicit in victimization. The widespread proliferation of such images, he says, has poisoned his clients with panic attacks, fear and paranoia about who may have seen the video of their abuse. According to the 2011 5th Circuit filing, Cassell’s client Amy’s abuse was documented in more than 35,000 images gathered from 3,200 child-porn cases since 1998, according to the analysis of the National Center for Missing & Exploited Children.


Cassell quotes a statement from Vicky in his July 30, 2012, 10th Circuit filing against Joseph Benoit. Vicky was 9 years old at the time her rape was filmed, but did not find out until much later in life how widely circulated her video had become.


“I am 19 years old and living every day with the horrible knowledge that someone, somewhere, is watching the most terrifying moments of my life and taking grotesque pleasure in them,” Vicky writes. “Because the most intimate parts of me are being viewed by thousands of strangers … I feel out of control. They are trading my trauma around like treats at a party.”


If the paranoia weren’t damaging enough, Vicky attests in her statement that a “fan” tried to contact her through social media, while another had created a slideshow of her images on YouTube.


“Every time [these images] are downloaded, I am exploited again, my privacy is breached and my life feels less and less safe,” Vicky writes.


Cassell recognizes that it’s unlikely one defendant could afford to pay $3 million in restitution, but says they could make payments. And, because defendants won’t want to carry the financial burden alone, they’d have more incentive to help law enforcement track down other defendants who possessed the same images.


So far, Cassell has filed in a half dozen circuit courts. Earlier in 2012, a full appeals panel of 17 judges met to consider the 5th Circuit’s 2011 decision that had given Cassell and his clients a victory in Texas. That decision is still pending, even as Cassell prepares new cases to file in the coming weeks.


Though law enforcement now has the resources to identify and notify more victims of child pornography when their image has been seized in a criminal case, the ability to hold more culprits accountable is not something everyone supports.


“In crimes involving drugs or child pornography, those are people that need real treatment and assistance to get their lives on a productive path,” Hart says. While he acknowledges victims need help to be made whole, such draconian punishment doesn’t help prevent the recidivism of child-porn offenders.


“Does society really want to bankrupt them for the rest of their lives? Is that really in society’s best interest?” Hart asks. “We can heap all kinds of punishments on people, but what does it really do, is the question I keep asking.”


For Cassell, it’s the justice system that currently isn’t doing enough for victims. From the first conviction brought against Vicky’s rapist, she received roughly $5,000 in restitution, which was intended to somehow cover what undoubtedly will be years, if not decades, of therapy and counseling.


“This is the reason I left being a federal judge,” Cassell says. “Because crime victims need to be a better part of the criminal-justice process.”