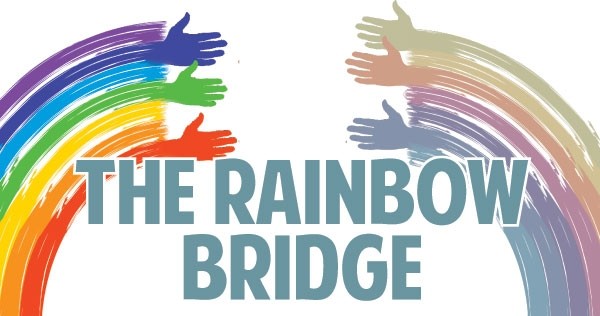 Martha Arndt had no idea whether she would be booed or simply given a stone-cold reception when she decided to march with the group Mormons Building Bridges in the June 2012 Pride Parade. The former LDS Primary president and Relief Society counselor was nervous as she dressed in her Sunday best, grabbed her scripture bag and headed out with a friend to drive from Logan to Salt Lake City.

Arndt is not your average “don’t make waves” Mormon. For example, she doesn’t fall in line with The Church of Jesus Christ of Latter-day Saints’ opposition to same-sex marriage. “I’d like to see the church recognize gay marriage as being a legitimate marriage,” she says. “But I would also like to see [LGBT people] take it to the point of obeying the LDS law of chastity, where the policy of no sex before marriage would apply to gay relationships, as well.”

Arndt likens her desire to see her church accept same-sex marriage to that of wanting an employer to change its policy on an issue. You may not be completely happy with either your church or your boss, but “you do a cost-benefit analysis and decide that the benefits are greater than the deficits.” She’d like to see politics removed from marriage, and for all nations to allow “any two mentally capable adults who were not coerced” to marry. She sees the church as taking “small steps” but acknowledges “allowing gay people to be sealed in the temple might be a bigger step than many Mormons could accept right now.”

Arndt has no relatives or friends who are openly gay. But, as an active Mormon, she wants LGBT folks to know that LDS Church members support them. “They don’t need to conform in order for us to love and accept them,” she says.

But while many in the LGBT community say such love and acceptance are long overdue, some wonder if it can be enough. The LDS Church’s doctrinal position is clear. An official statement on the church’s website reads: “Any sexual activity outside of marriage is wrong, and we define marriage as between a man and a woman.”

Such an unflinching position can strain family relationships. A May 22, 2012, article in LDS Living Magazine (which is a division of Deseret Book but is not an official church publication) titled “Relating to Your Son or Daughter Experiencing Same-gender Attraction: Advice to Parents” by M. Catherine Thomas illustrates the mental torment some Mormon parents live with. “At some point, parents are faced with situations in which they wonder what boundary lines might be appropriate because their love for their child versus their sense of right and wrong can create conflict in their minds. Such situations might include whether to attend a marriage or commitment ceremony, or what role a potential partner might play within the family.”

Thomas’ article refers to a 2006 interview with Elder Dallin H. Oaks, a member of the Quorum of the Twelve, and Elder Lance B. Wickman, a member of the Seventy. In the interview, transcribed on MormonNewsroom.org, Oaks was asked if parents should allow LGBT children to bring their partners home for the holidays. “I can imagine that in most circumstances the parents would say, ‘Please don’t do that. Don’t put us into that position,’ ” Oaks said. “Surely if there are children in the home who would be influenced by this example, the answer would likely be that.”

Oaks went on to say, “I can also imagine some circumstances in which it might be possible to say, ‘Yes, come, but don’t expect to stay overnight. Don’t expect to be a lengthy houseguest. Don’t expect us to take you out and introduce you to our friends, or to deal with you in a public situation that would imply our approval of your ‘partnership.’ ”

The church says it’s OK for its members to experience same-sex attractions as long as the feelings are not acted upon. Thus, you can be openly gay and a temple-endowed Mormon—just don’t plan on getting married or having sex with a same-sex partner the rest of your earthly life.

Oaks compared the prospect of being gay and unable to marry with that of being physically disabled: “The circumstance of being currently unable to marry, while tragic, is not unique. … life is full of physical infirmities that some might see as discriminations—total paralysis or serious mental impairment being two that are relevant to marriage,” he said.

It’s not just the church elders imposing their views on same-sex marriage. Church members themselves consider homosexuality socially unacceptable. According to a fall 2011 Pew Research Center, only 25 percent of Mormons surveyed said homosexuality should be accepted by society while 65 percent believed it should be discouraged.

So, what can a group of dressed-up-for-Sunday Mormons marching in a Pride Parade really hope to accomplish? It could amount to a complete disconnect if they raise the hopes and expectations of disfellowshipped LDS members, lulling them into thinking that the church will one day soon alter its position on homosexuality. And yet, judging by the outpouring of Utah Pride tears and embraces, the mild-mannered dissent/show of support expressed by the 300-strong Mormons Building Bridges group marching the parade’s six blocks in downtown Salt Lake City turned out to be a striking statement.

When Erika Munson formulated her idea for Mormons Building Bridges, she mainly wanted to encourage gay members of the church to stick around. “There hasn’t been a way for Mormons to reach out to gay people. We haven’t known how to do it,” says Munson, a Harvard graduate, English teacher and mother of five who lives in Sandy. “When kids figure out that they are gay, they stop coming to church and disappear. They say, ‘I had to decide between my sexual identity and my church.’ It is the saddest thing. Straight, active Mormons often don’t realize how unhappy they are to leave.”

Two events in Munson’s life had brought her to this place: “As my kids have grown up and reached the age of 16 or 17, they sensed a disconnect of the unconditional love of Jesus that they learned about in church with an unwillingness to show that love to LGBT people.”

When her bishop planned to schedule an interview for her 18-year-old son to become an elder—a priesthood office in the church—“he looked at me and said, ‘Mom, I really can’t do this.’ He mentioned a teacher at his school who heads the gay-straight alliance, saying, ‘This guy is one of the most spiritual people I know. How could there not be a place in the church for him?’”

In another instance, Munson was visiting California during her daughter’s freshman year at University of California Los Angeles. “Everyone was talking about Proposition 8. The whole Relief Society meeting was about organizing for Proposition 8,” she recalls. “My daughter was really saddened by that and hasn’t gone back to church.”

Munson says that her commitment to LGBT people “stems from my faith in the teachings of Jesus Christ who preached not to judge and to love unconditionally, particularly those who may be marginalized by society.”

Two weeks before the parade, she met with local gay activist Troy Williams. “Erika Munson said something so different that I had been waiting for a Mormon to tell me for years,” Williams says. “She said, ‘I love you for who you are, not in spite of who you are.’ ” She mentioned her unprecedented idea of having Mormons march in the Utah Pride Parade. Williams thought, “This is one different kind of Mormon.”