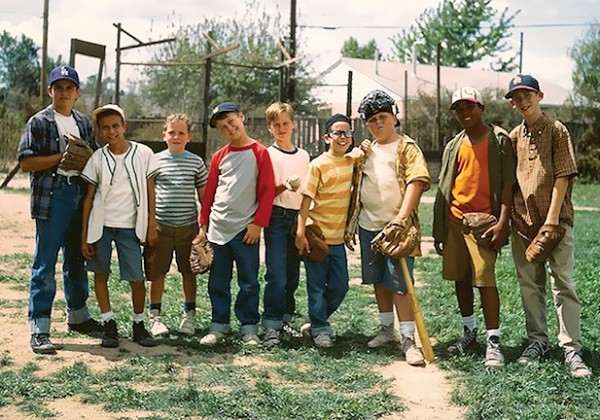 The Sandlot writer/director David Mickey Evans and several cast members are touring with the film for 20th-anniversary screenings. This week, the tour comes to Salt Lake City, where it was filmed.

City Weekly: How did Utah wind up being the right place to shoot The Sandlot?

David Mickey Evans: The story was written to take place in the northeast San Fernando Valley—a desert, ringed by purple mountains. There’s only one other place, as far as I know, that looks like that, and that’s Salt Lake City. And in those days, shooting in Los Angeles was not a fiscally responsible thing to do.

What’s your most vivid recollection from shooting the film?

Squatters [laughs]. The entire summer stands out as the most vivid, Technicolor memory of any moviemaking experience I’ve had. But probably the day I walked onto the sandlot [set] when it was completely constructed. Having written that, and walking onto the set for the first time when it was finished, was pretty awe-inspiring.

All the time. Somewhere in the middle of Missouri in a Starbucks, I walked in … and I said, “Yes, I would like …” And [the young lady working there] looks at me, her mouth drops open, and she says, “Oh my god, oh my god, you’re that guy! … You’re the voice from The Sandlot.” She had me sign a paper cup for her.

When did you get a sense that The Sandlot had some staying power?

The first time I ever screened the movie for an audience, they just went crazy for it. But probably after 10 years, when you start hearing the quotes everywhere and it becomes part of the lexicon, you know that people don’t just like this movie; it means something to them.