The Sidecar | Shots In The Dark | Salt Lake City Weekly

Believe it or not, behind the mink fur coats and stingray cowboy boots, there are actually normal, laid-back bars in Park City. Seven days a week, local favorite the Sidecar (333 Main, Park City) serves up the triple-triple: $3 wells, $3 drafts and all-night $3 Fat Kid Pizza by the slice. It’s a regular haunt for local DJs like NightFreq, Funkee Boss, Jondr’e—and hell, even me; I moonlighted at the Sidecar the same night I took these shots. The Sidecar also has the weight to swing some impressive out-of-towners such as Anthony B, Run DMT and La Zebra. Besides the music, arguably the biggest draw to this duck-in joint is its big-ass patio overlooking historic Main Street. And to top it off, the Sidecar has a separate ping-pong room in the back so you’re guaranteed to get served.

Cheese, with a side of cheese:
Anna Bellino, Cory Cissel 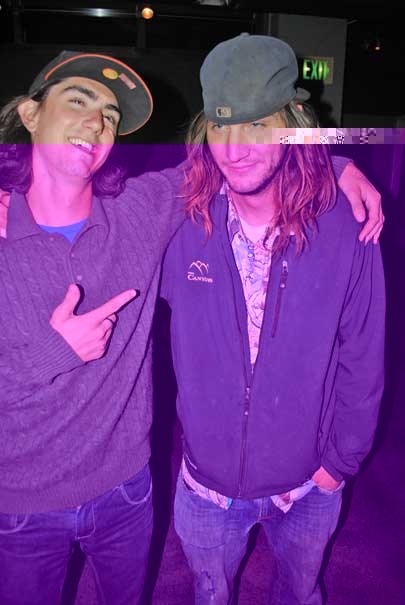 The smell of his pizza was intoxicating:
Boe Nulford, Michelle Neel