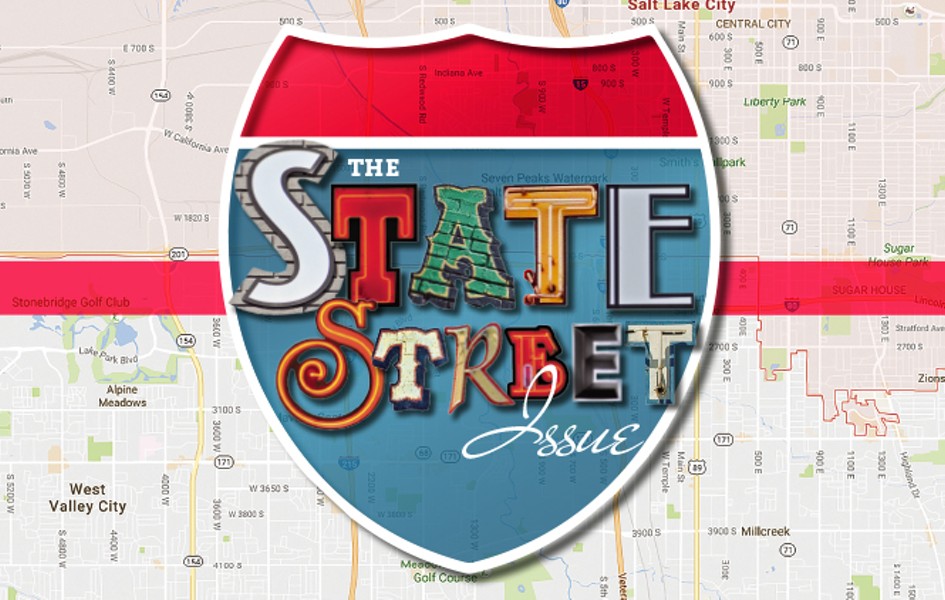 James Parker, executive director of Utah Children's Theatre, sits on a barstool inside an old-fashioned soda fountain adjacent to the theater space. Through the full-length windows, traffic rolls by, past the South Salt Lake location that once housed Avalon Theater. It might not seem like the most obvious place for a children's theater, but Parker has a different, more expansive vision of what his organization can be. "Children's theater, you usually think of a park setting," he says. "If you go to other cities—Seattle, Minneapolis—theirs tend to be in more rural areas. And I thought about that: 'Wouldn't it be great to be in a more rural area, and not on a busy street with the motorcycles going by?'" 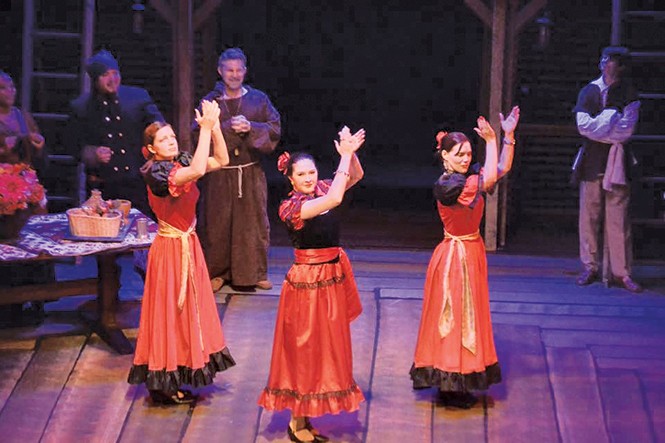 The lure of State Street, however, kicked in. "I think there's something special with getting the visibility. And people tend to kind of think of theater as an urban event," Parker says. "I'm sure we've had some parents or people who haven't come to our theater think, 'Oh, South Salt Lake. Where is this?' But usually, as soon as they walked in the doors of the theater, they were like, 'Oh, I get it. This is special. This is important. We want to be here.'"

And it is a beautiful space, fully renovated with an art-deco feel between 2011-2012 when UCT relocated here. But just as much as he's clearly proud of the new look, including that soda-fountain-as-concession stand, Parker also loves sharing the quirky bits of history associated with the building as he walks me through it: a ground-floor barber shop that for years occupied the room UCT now rents out as a party venue; the upstairs space, now used for classes, that was once a private apartment next to the theater's projection booth, with a window that would allow occupants to watch the movies shown when it was still an operating cinema.

State Street has always been home to theater houses—from the Murray Theater (now used only as a rehearsal space for city-sponsored arts events) to the still-vibrant home of Desert Star Theatre in Murray. That's a tradition Parker seems proud to be part of, as he has moved the operation from previous temporary locations at 638 S. State (now the State Room music venue) and 237 S. State (currently undergoing redevelopment). "I think people will identify us with State Street," Parker says. "And if you look at, as far as arts and entertainment, State Street, Main Street, West Temple, that's where all the theaters were. ... We can say, 'Hey, it didn't go away completely. We're still here.' That thing that was developed a long time ago—the dance halls and movie theaters—it still exists in some form."

The history of local Children's Theatre itself dates back to the early 1980s, when Parker's parents, Tom and Joanne, moved the family to Utah from the Seattle suburbs. Tom became general manager of Salt Lake City's LDS Church-run Promised Valley Playhouse (which itself was previously the home of the Lyric Theater). After just three years, the church closed the theater—and rather than move the family back to Washington, the Parkers decided to launch their own company, which became Salt Lake Repertory Theatre (better known as City Rep). After several years of mounting productions in various venues as an itinerant company, City Rep took over the Utah Theatre on Main Street, where they were the last permanent tenants from 1988-1991. Children's theater productions began in the upstairs space, and continued as the organization moved again to the other State Street locations.

James Parker relocated back to Seattle with his wife and family in 2001, but returned in 2007 when Tom became too ill to continue running the theater. He officially organized Utah Children's Theatre as a nonprofit rather than shut it down. When it came time to decide on a permanent home, he pulled the trigger on taking over the old Avalon.

But what seems like a perfect space now was far from an obvious choice at the time. "When I moved here," Parker recalls, "of all of the sites we were looking at ... I had this building at the bottom of the stack, basically. I said, 'I'll never be able to get parents to bring kids out to South Salt Lake. There's too much of a stigma.' Then we saw [the theater] and felt that everything was right."

Whatever aprehention might have existed, Parker praises the city of South Salt Lake for its efforts at making a great home for the theater. He has also been pleasantly surprised to find that any anticipated concerns about the space haven't really come to pass. "When we were in construction, we did get tagged in a couple of spots, back in the alley," he says. "But really and truly, I wonder if people holding the spray can think, 'Hey, it's the Children's Theatre, I can't do it. I'll pick another wall.'"

He continues, "This might be a little cheesy, but the magic of State Street is, it really sort of deflates that possibility of danger."

The theater now has a chock-full schedule, offering both fixed-term summer camps and after-school programs, and providing family-friendly productions like this year's Shakespeare Festival, employing abbreviated versions that Parker jokingly describes as "for kids, or adults, with short attention spans." He's careful on multiple occasions to emphasize that "children's theater" doesn't mean productions performed by children—although some of his students do take age-appropriate roles in their productions—but high-quality theater that is appropriate for children. As with any arts organization, it's not always easy to keep things rolling. "You think, 'Utah, Mormons, big families—children's theater is a slam-dunk,'" Parker says. "But it's not. It's a strange, strange thing. You'd think it would be a breeze, but it's not."

In the meantime, Parker keeps Utah Children's Theatre rolling, continuing a history that's both personal as a family business, and part of the larger history of State Street as a home for theater. "The nice thing about us partnering up with this building on State Street—and South Salt Lake, to a certain degree—is that we've preserved something that really never looked great, and turned it into something that looks like it's always been here," he says. "And that's special."