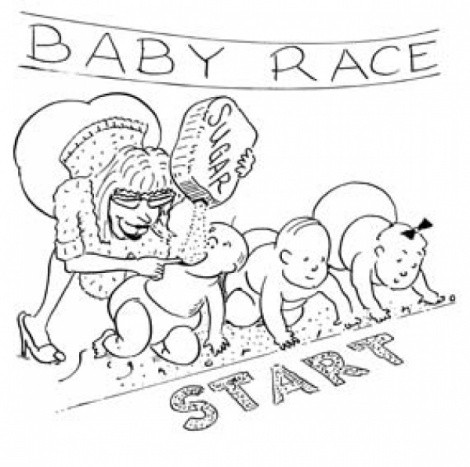 Dear Cecil: Is there really such a condition as a sugar high? Years ago, I read somewhere that medical research never could prove that such a thing happens. Yet, parents and teachers continue to believe that kids are hyperactive following birthday parties, Halloween, and other celebrations. Without facts, I can’t get anyone to change their mind. —MaryAnn May

I’m always hearing parents talk about the sugar rush their kids get after eating sweets: “Uh-oh, watch out! Little Ignatz just had two M&Ms!” I thought I had read somewhere that this effect is either greatly exaggerated or nonexistent. What’s the story? —Leonard, Half Moon Bay, California

You probably did read what you think you read, as scientists have been publishing papers to that effect for decades now. What we have here, however, is one of those cases where the conventional wisdom’s gotten itself a size-16-EEE foothold, and nothing as iffy as mere science is likely to dislodge it. Nonetheless, we struggle onward.

There was a time, back in the ’70s, when one could try and make a case for a correlation between kids’ sugar intake and amped-up behavior, but the testing that seemed to support the theory was fairly rudimentary. Researchers took a closer look, though, and in 1995 the Journal of the American Medical Association ran a survey of 23 comparatively rigorous studies conducted between 1982 and 1994. These were your classic controlled double-blind affairs: two groups of kids, one fed a bunch of sugar, the other given a placebo (i.e., artificial sweetener), everyone kept sufficiently in the dark as to who’d gotten what, etc. The results? No discernible relationship between sugar ingested and how the kids acted. It didn’t matter how old they were, how much sugar they got, what their diets were like otherwise—nothing. The JAMA authors stopped shy of drawing any definitive conclusions, but if there were a legitimate sugar-high effect out there, you’d like to see it turn up in the lab every so often.

Given that so far it hasn’t, why would a sizable chunk of the child-rearing population continue to swear it exists? For a crucial piece of the puzzle we turn to the Journal of Abnormal Child Psychology and a 1994 study by Daniel Hoover and Richard Milich, in which they looked at 31 boys ages 5 to 7 and their mothers, all of whom had described their offspring as being “behaviorally affected by sugar.”

The mom-son teams were split into the customary two groups: The moms in one were told their sons would be given extra-sugary Kool-Aid, while the others were told their kids were in the control group and would get a drink sweetened with aspartame. In reality, though, the same artificially sweetened stuff was administered to both sets of kids while the women got a sheaf of surveys to fill out. Mothers and children were then videotaped playing together, after which the moms were asked how they thought things went.

What did Hoover and Milich find? You guessed it: The moms who thought they were in the sugar group said their sons acted more hyper. In addition, they tended to hover over their children more during play, offer more criticism of their behavior, etc. The mother-son pairs in the other group were judged by observers to be getting along better. What’s more, those moms who, going into the experiment, most strongly believed their kids were sugar-sensitive also scored highest on a test designed to gauge cognitive rigidity.

From there, of course, it’s not too hard to whip up a hypothesis explaining why the sugar-high myth persists. Having always heard that sugar makes kids act crazy, some parents, particularly those hailing from the control-freak end of the spectrum, may go a little crazy themselves when the sugary stuff enters the picture. In situations where sweets are freely available to their children—like birthday parties or other high-stimulation events—they watch worriedly for any sign of obstreperousness, see it even if it’s not there, call it hyperactivity, and attribute it to the cookies and cake. Kids, meanwhile, typically aren’t oblivious to this sort of anxiety; consciously or not, they may well figure out that after taking on a load of candy, they’re expected to run amok, and happily oblige.

I should stress we’re not talking here about attention-deficit hyperactivity disorder, which is its own freestanding issue; studies have suggested there’s some correlation between ADHD and diet, so maybe every so often, you’ll get a kid whose condition really is exacerbated by sugar. And there are plenty of other good reasons to limit children’s consumption of sugar-laden food. But when a parent freaks out because a swig of soda has allegedly made his kid uncontrollable, it’s quite possible he’s not just seeing the behavior he expects to see, he’s helping create it.