The Straight Dope: Villages of the Dammed 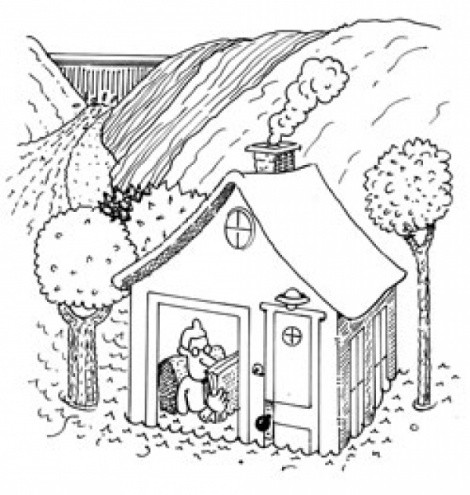 Major plot points in two somewhat recent movies have involved the evacuation of a town due to it being intentionally flooded by a new dam. Has this ever happened in real life? Are there submerged towns scattered about this great land containing untold riches, ripe for harvest? —Mattyj, via e-mail

Has this ever happened? You’re kidding, right? There are roughly 1.5 million people from central China who can answer that one, although some are probably still pretty busy house-hunting. After about 12 years of work, the Three Gorges Dam (largest in the world? ring a bell, Matty?) on the Yangtze River was declared structurally complete last May; by the time the reservoir fills up, about 1,000 former towns will be underwater. (A couple of extremely endangered species may be wiped out as well, but that’s another column.) For about as long as the need and the technology have existed to create reservoirs, authorities have been acquiring inhabited land and submerging it.

And yes, this is long-standing practice in the United States too, if that’s the great land you mean. When New York City started running low on clean water in the early 1800s, for instance, the answer was to build the Croton Dam, which meant flooding hundreds of acres where people were living and working. A few decades later, the reservoir needed an upgrade; this time four towns and 400 farms were condemned to make way and, as a bonus, six cemeteries’ worth of bodies had to be dug up and reburied. The same kind of thing happened all over: The former towns of Conowingo, Md., and Kensico, N.Y., now lie beneath reservoirs that share their names; what was once Oasis, Mo., sits at the bottom of Table Rock Lake, and Shasta Lake contains what’s left of Kennett, Calif. The inundation process is usually fairly gradual once the dam’s in place—depending on geography, it can take years or even decades for a doomed town to disappear entirely.

Unsurprisingly, the sunken treasure to be salvaged from such towns consists largely of mud-covered masonry and the occasional shard of Fiestaware, as those getting displaced by a new dam usually remember to pack their doubloons and gemstones. There are exceptions, of course; in any event, divers like to explore the underwater ruins for fun if not always profit. A guy I knew who regularly dove in Midwestern reservoirs reported seeing abandoned cars, concrete stairs to nowhere and, once, the intact kitchen counter of a mostly decayed house, still equipped with ancient utensils and appliances; his most prized find was a brass plaque recovered from a cast-iron stove. All pretty cool, but not the sort of thing to put dollar signs in the eyes.

In some cases, though, dams do jeopardize items of broader significance. The textbook example is the Aswan High Dam in Egypt, which, in the early ’60s, threatened ancient ruins in the Upper Nile Valley. With waters already rising, a multinational effort helped dismantle nearly two dozen monuments and move them to higher ground; in gratitude, Egypt gave a few to countries that pitched in, which is how the 2,000-year-old Temple of Dendur wound up at the Metropolitan Museum of Art. Archaeologists in Sudan are now scrambling to unearth barely explored Kushite settlements before a new Nile reservoir, near the city of Merowe, covers the area (it’ll displace about 50,000 people too), while last month in Turkey, the fight continued over the now-completed Yortanli Dam, which stands to flood the Roman and Byzantine ruins at Allianoi.

Though valley dwellers around the world can’t be thrilled about it, further hydropower development will definitely stay on the agenda, as we pursue energy sources that don’t require dumping CO2 into the atmosphere. According to the International Energy Agency, waterpower now accounts for 16 percent of the world’s electrical generation—a figure that could theoretically be tripled. While Europe and the U.S. are using roughly three-quarters of their potential hydropower, Asia has exploited only about 25 percent, and Africa is at just 7 percent, meaning a lot more habitation is bound to get wet.

Not all the lost towns stay lost, though. The old French village of Tignes—flooded by a major hydroelectric project in 1952 despite violent protests and sabotage—reappears whenever the reservoir is drained for dam maintenance. Earlier this decade, low snowfall in Washington State caused the town of Kosmos, underwater since 1968, to reemerge from Riffe Lake, revealing roads, railroad tracks and building foundations. And, in the last year, severe drought in New South Wales, Australia, has left the town of Old Adaminaby (submerged 1957) sitting in the dried bed of Lake Eucumbene, its remains exposed to looters and souvenir hunters. As reported by ABC Canberra News, the old-timers say it’s quite something to see: There’s Six Mile Bridge, gone 50 years but risen again from the muck, with the Eucumbene River flowing underneath, just like it used to.

Comments, questions? Take it up with Cecil on the Straight Dope Message Board, StraightDope.com, or write him at the Chicago Reader, 11 E. Illinois, Chicago 60611.
cw