Playing Robin Hood for Utah's schools is only the latest puzzle passionate nerd Matt Frandsen is trying to solve.

A man on a mission, Matt Frandsen knocked on more than 4,000 doors spreading the good word … about tax reform. In 2006, Frandsen, a Democrat, was campaigning for an open state House seat in Weber County against Republican Gage Froerer. Neighborhood by neighborhood, Frandsen met with would-be constituents, “speaking truth to power” about a tax code he warned was just lifting coin out of the workingman’s pocket and putting it into the hands of the rich.

He decided to spread his message to a larger audience by placing a $3,000 ad in Ogden’s Standard Examiner. The ad highlighted how Frandsen’s proposed code reform would take more taxes from millionaires to help the middle class.

“They put [the ad] right in the center of the financial pages,” Frandsen says with a chuckle. Not only was his populist message bordered by stock returns, but the image of his face was pixelated and distorted.

In politics, as with everything else, Frandsen has come up the hard way. Now, he’s fighting an uphill battle by campaigning on state income-tax reform. Translating the state’s tax code for the average voter makes Frandsen appear as either a visionary come down from the mountain with righteous spreadsheets carved in stone—or a lunatic. But that hasn’t deterred Frandsen from running on the tax issue against Jim Hansen in the 1st Congressional District in 2000 (the same year, he also played a significant role in getting Ralph Nader—then a Green Party candidate for president—on the Utah ballot). He later ran for the Democratic nomination for governor in 2008. Each attempt failed horribly.

If seeking office on a tax-reform platform seems like Mission Impossible, it wouldn’t be the first time that Frandsen set his sights on outlandish goals. He’s approached all of his life’s daunting tasks with a fiery passion, such as leaving his job as a chemical engineer to travel the world or hiking the 2,600 mile Pacific Crest Trail after reading a few camping articles in Outside magazine.

Now, as the leader of the RINGS TRUE (which stands for Re-establish Income tax based on New Graduated System for Tax Rebalancing & Upholding Education), he’s about to embark on the process of gathering 92,000 voter signatures to get his citizen initiative on the 2010 ballot.

Beyond fighting an uphill political battle, Frandsen has also struggled since 2001 with Parkinson’s disease. The illness, he says, is a sign that even his body can’t keep up with his frenetic drive. 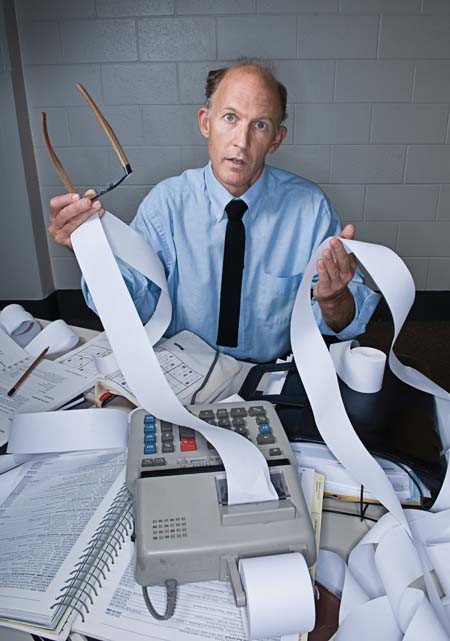 The wiry, 50-year-old Frandsen says he’s always been an anxious person, with lots of energy needing an outlet, even before he was diagnosed with Parkinson’s. Tremors from that illness now shake his hands and arms so intensely that, in recent months, he can barely hold a plate of food.

Still, Frandsen keeps his drive in fifth gear, especially if he’s in a hurry.

When asked about his background in a phone conversation, Frandsen, who lives in Park City, warns a reporter that he needs to leave soon to pick up his 6-year-old daughter from school in Salt Lake City. Pressed for time, Frandsen gives a rapid-fire overview of his life. He grew up in Ogden, attended Weber State and University of Utah, and earned his master’s from Pennsylvania’s Villanova University. He went on to work on nuclear submarines in Pearl Harbor and at a Seattle refinery “Did the whole Eagle Scout thing when I was 13,” he rattles off in a stream of consciousness. “Skied Snowbasin, retired to my little cabin in Huntsville. I thought I’ll live on the interest of my savings like some Third World, indigenous whatever. Never owned a TV—that’s good, use that— real Americana, Horatio Algier-stuff right there,” he says with a quick chuckle.

Moments after hanging up, Frandsen sends an e-mail listing his favorite Internet videos: Performances of the Frank Zappa songs “A Pound for a Brown (on the Bus)” and “Be-Bop Tango (of the Old Jazzman’s Church),” Elvis Costello’s “(I Don’t Want To Go to) Chelsea,” and a video of the late extreme skier Shane McConkey doing double back flips off 4,000-foot high cliffs before releasing his parachute.

For Frandsen, the Zappa tunes strike a chord the same way tax reform does. “It’s like these dissident musicians who create this music,” Frandsen says. “It’s good, but you have to be in the right time and place for it.”

For anyone accustomed to formulaic pop beats, Zappa’s obtuse and meandering rhythms can be difficult to appreciate—but they’re music to Frandsen’s ears. In the same vein, he looks at his attempts to reform the tax code as “art.” But like listening to a Zappa tune, chances are you’re not going to understand Frandsen’s ideas the first time you consider them. Or the second.

By the Numbers
While he’s generally an easy-going man, when Frandsen talks about his passions, the velocity of his mind makes it hard for him to tone down his nervous energy—discussions with him about tax codes are like watching a calculator with a button stuck rapidly filling the screen with numbers.

As he explains on his Website (UtahTax.org), to understand his tax reform platform, you need to know what was being reformed in the first place.

One of former Gov. Jon Huntsman Jr.’s crowning glories was seeing his 5 percent (erroneously described as a flat tax) personal income tax pass in 2007. The system went into effect in 2008, reforming the old tax code— which hadn’t been tinkered with since 1978.

Huntsman’s reform essentially lowered most Utahns’ personal income-tax rates, but Frandsen contends rates were not lowered equally across the board. Only “marginal” tax rates came down. In simple terms, marginal refers to taxes paid on your last dollar. If you’re a millionaire, for example, your first dollar earned is taxed ata different rate margin than your millionth dollar of income.

The old system had a marginal rate of 7 percent for almost all Utahns—whether they were bankers or fry cooks. Since the old code had not been adjusted for inflation in over two decades, most Utahns were taxed at the same marginal rate—at about 7 percent. Huntsman’s reform dropped that ceiling down to a maximum of 5 percent on the marginal rate—which would seem like win-win for everyone, right?

Wrong, Frandsen says. He sees the reform as mostly a handout to the wealthy. Because while the old marginal rate was 7 percent, nobody really paid that much because they could claim deductions and exemptions. But the current system has eliminated many personal deductions and replaced them with credits.

“The Huntsman reform achieved this sleight of hand by phasing out the personal exemptions and deduction enjoyed in the old tax code for decades,” Frandsen says. Doing this, he says, increases taxes for the middle class by 25 percent in comparison to the old system when they could take more deductions.

Frandsen is waiting to prove his case when the state’s 2008 income tax report is released. He anticipates the evidence will show the tax system effectively taxes the middle class more than it does the upper class.

Looking at the real tax rates, in 2006—when Huntsman’s single-rate reform bill was being debated—Utah taxpayers who made more than $10 million a year paid an effective rate of 5.4 percent. Frandsen anticipates that in 2008 their effective tax rate will be 4.4 percent. With the current system, Frandsen says, this equates to about a $32,000 tax break for these millionaires. “That’s roughly a $73 million reduction in public-education revenues given to the top one quarter of 1 percent of taxpayers!” Sen. Wayne Niederhauser, R-Sandy, one of the sponsors of the 2006 reform, says that, in general, the new reform lowered almost everyone’s taxes.

“Ninety-two percent of people saw some kind of decrease,” Niederhauser says. “The idea that this is a huge increase on the middle class is false.”

Frandsen’s latest petition—a fiscal note for the petition is currently being done through the State Elections Office—includes numbers run by the Utah State Tax Commission that compare his graduated income tax brackets against the current system.

Frandsen’s petition, in total, would boost revenues for public education by approximately $270 million, although those numbers are from the tax commission and are based on 2006 returns, when the economy was strong.

“The Huntsman reform achieved this sleight of hand by phasing out the personal exemptions and deduction enjoyed in the old tax code for decades,” Frandsen says. Doing this, he says, increases taxes for the middle class by 25 percent in comparison to the old system when they could take more deductions.

Frandsen’s petition takes more from the top earners, especially millionaires, who would pay an additional $240 million.

Unfortunately for Frandsen, playing Robin Hood with the tax code is not a very popular political move.