Horror, slasher and just plain creepy films: We tip our witch's hat to you. 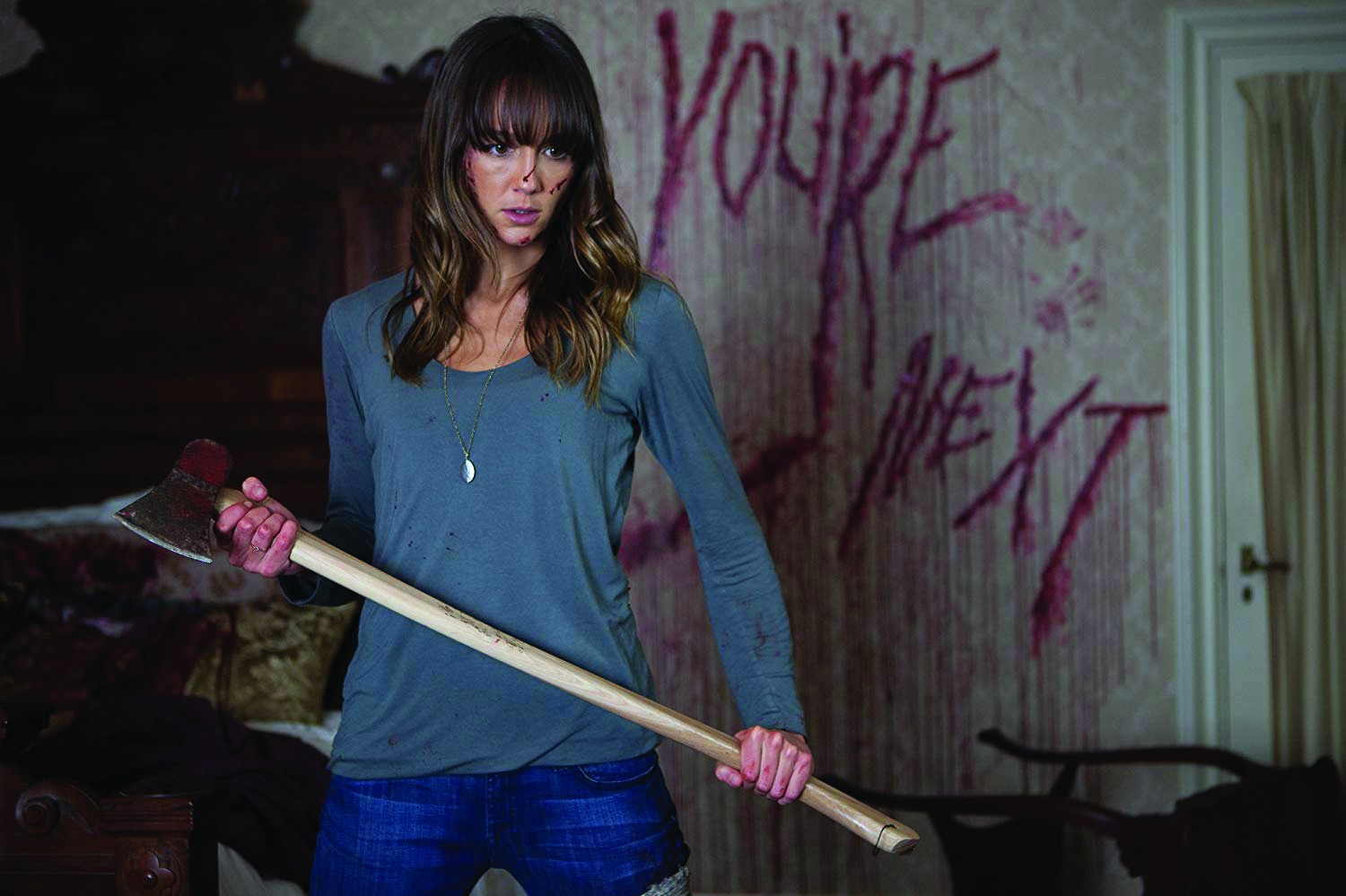 For that time of year when things go bump in the night, here are some old favorites, some classics, and maybe a few pictures that have been lost to time. Gather friends around a big-screen TV and turn off all the lights. There are scares afoot!

You're Next (2011): What happens when you take a horror subgenre (the home-invasion story) and turn it on its head? You get a movie in which the invaders unknowingly storm a home inhabited by someone who's tougher than they are. It's gory and smart, and filmmaker Joe Swanberg gets stabbed multiple times on camera. Who doesn't want to see that?

Suspiria (1977): For sheer scares, there aren't many movies that'll make you crap yourself more often than this one does. American dancer Suzy (Jessica Harper) travels to Germany to study ballet—except the school is also a witches' coven. Was zur Holle? Director Dario Argento has made many creepy movies that make no sense, and Suspiria is the creepiest and makes the least sense. Still, there's an unsettling sense of dread from its opening moments that ramps up to sheer terror by the conclusion.

The Changeling (1980): A composer (George C. Scott) moves into a creepy old house after his wife and daughter are killed in an accident. The house is haunted, naturally, but director Peter Medak slowly increases the tension over 115 minutes. Scott is great, and if you have the patience, The Changeling is scary as hell.

The Evil Dead (1981): A lot of people call Sam Raimi's movie a comedy, but they must be confusing it with subsequent series installments. The original has darkly humorous moments, but Raimi and company saved the larfs for the sequels. In this movie, there's just amateurish acting, special effects so gory they demand a strong stomach and a terrifically unsettling tree molestation (you've been warned). But it's also groundbreaking in its use of space, camera work and bare-bones chills.

Trick 'r Treat (2007): Michael Dougherty's anthology Halloween horror film went virtually unnoticed during its original release, but has been the highlight of midnight festivals in years since. Anna Paquin, Brian Cox, Leslie Bibb and Dylan Baker are featured in four stories that make up this 82-minute shriekfest. They come together well, the acting is way above average for a movie of this type and it has a lot of stabbings. It also kills multiple children, so if that isn't your thing, steer clear.

The Incredible Melting Man (1977): Three astronauts fly to Saturn, but before they get there, radiation kills two of them and turns the third into the ghoul of the title. It's a long, slow collection of scenes in which the incredible melting man melts, and some guy named Dr. Ted Nelson searches for him, screaming his own name over and over (seriously). The Incredible Melting Man works better as unintentional comedy, but it features Rick Baker's stupendously nasty special effects and some of the most bizarre acting and pacing choices of 1970s horror.

Cannibal Holocaust (1980): The gore is so convincing, director Ruggero Deodato was accused of making a snuff film. (It does include scenes of real animal cruelty; one version on the DVD excises these scenes for you.) Plot-wise, dumb American filmmakers venture into the Amazon to make a dumb documentary about cannibals, and end up the main course. There's some tacked-on baloney at the end about whether the filmmakers are barbarians themselves, but that's just Deodato taking a metaphorical shower after showering his audience with sickening footage.

Sleepaway Camp (1983): After her family dies in an accident, Angela (Felissa Rose) is sent to live with her cousin and whackadoo aunt. Years later, Angela and cousin attend the aforementioned camp, and a killer starts hacking people to death. Is it Angela? Does a bear shit in the woods? The only surprises in this movie are the depths of its vulgarity, including an ending that could probably be called transphobic if it were smarter and not simply used as a shock twist. The fun comes when you realize this movie really takes itself seriously, and that most of the deaths are, like the inciting accident, avoidable.

A Serbian Film (2010): Nothing can prepare you for the absolute moral depravity at this film's cold-blooded center. I can't even describe what goes on in this movie without breaking several decency laws. My God, there's rape and necrophilia, and that's literally not even close to the worst images on screen. Ugh, seriously, don't watch this movie. In fact, my editors should delete it from this article.

All Friday the 13th films released by Paramount: The 1980 original Friday the 13th has none of Halloween's skill or charm, but it does have a similar low budget and an admittedly bravura finale, in which Mrs. Voorhees comes forward to claim she killed Kevin Bacon et al. because he reminded her of someone who let her son, Jason, drown. And then Alice cuts her head off in slow motion. None of the plot-points of Friday the 13th matter, mostly because each subsequent film ignores or retcons what came before it. The Friday the 13th movies are dumb, but they deliver the kills slasher fans want and, for better or worse, no one makes them like this anymore.