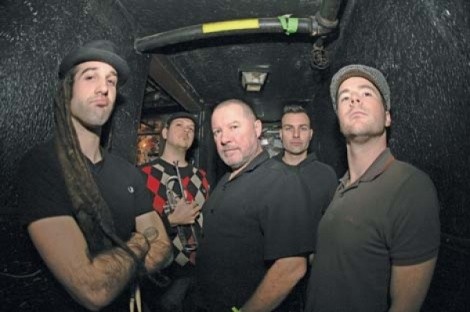 No one deserves more credit for bringing the British 2-Tone ska sound Stateside than New York City band The Toasters, a crew of Lower East Side music junkies who became addicted to the sounds of The Specials and Madness, mixed it up with a bit of NY attitude and hit the road. They became one of the must-see acts at now-defunct-but-legendary club CBGB’s, and they’ve been touring the States off and on for three decades. The band’s current jaunt is a 30th anniversary party on wheels, taking them coast to coast a couple times, including a stop in ska-happy Utah. Burt’s Tiki Lounge, 726 S. State, 9 p.m. $10

The Lower 48
This Minnesota-by-way-of-Portland blend of classically trained musicians, singer/songwriter style and a smoky-voiced female lead singer makes for an enchanting folk-rock whole. The Lower 48's debut EP, Everywhere to Go, garnered them enough fans via touring to bounce from the frosty Midwest to Portland, and further jaunts opening for Mason Jennings have only helped fuel their base. This is their first stop in Utah, and the show also includes Cody Rigby, Cory Mon performing as a duo with Dustin Christensen, and Shady Chapel & Friends. Velour, 135 N. University Ave., Provo, 8 p.m., $6

This City Weekly Music Awards showcase is a fine example of just how diverse the sounds of “local music” can be. In The Future of the Ghost, you have indie-pop bliss courtesy of some of the most active folks in the scene, including singer/guitarist Will Sartain, who will be enjoying a home-court advantage of sorts playing the club he helps run. Birthquake delivers a one-of-a-kind blend of electro-rock, jazz and tropicalia that is virtually guaranteed to put a smile on your face. And Night Sweats brings together six musicians who collectively play in a dozen or so bands around town; collectively, they create some frantically entertaining electronica that should be a perfect capper to a fine evening. The Urban Lounge, 241 S. 500 East, 9 p.m., $6

CWMA Showcase: Killbot, INVDRS, Ravings of a Madman
How metal are you? Find out the answer to that question with this showcase. Killbot comes off as a crew of old-school thrashers, with their long hair flying, jeans ripped and riffs arriving at breakneck pace. INVDRS are certainly worth a look as potentially the heaviest band in town, and their 2010 album, Electric Church, caused music fans to either bow in respect or out of fear—either reaction seems appropriate. And Ravings of a Madman released their own monstrous 2010 album, In The Time It Takes To Hate, that blends thrash, classic-sounding metal and some straightforward rock and roll. When it comes to CWMA showcases, there is none more heavy than this. Bring your earplugs. Burt’s Tiki Lounge, 726 S. State, 9 p.m., $6

Saturday Feb. 12
CWMA Showcase: S.L.F.M., Palace of Buddies, Muscle Hawk
It doesn’t get much cooler than having Sonic Youth specifically request you to open their show, and Jessica Davis, aka electric ukulele master S.L.F.M., had just that experience when Thurston, Kim and Co. came to town last fall. Her old-meets-odd approach should flow nicely into the otherworldly electro created by the two-man Palace of Buddies, who abet their keyboards and samplers with traditional rock instruments. You can forget about anything traditional with Muscle Hawk, another futuristic two-piece whose electrifying live shows have driven more and more fans in their direction over the past year. Bar Deluxe, 668 S. State, 9 p.m., $6

CWMA Showcase: Lindsay Heath Orchestra, David Williams, La Farsa
Lindsay Heath was already making noise on the local scene as an entrancing one-woman band. Now that she’s expanded into working with a rotating six-piece rock orchestra, her already-dramatic songs have taken on even more gravity, while she remains a must-see performer. “Must-see” certainly fits when describing troubadour David Williams, as well; the lanky guitar god with the best beard in the (local) biz is equally comfortable solo-acoustic style or ramping up the energy, electrified, delivering his memorable songs. La Farsa’s blend of complex time signatures and layered vocal harmonies made their 2010 release, At the Circus, a favorite of local music fans. But as fine a recording as it is, seeing La Farsa live is really the way to go. The Woodshed, 60 E. 800 South, 9 p.m., $6

Stacey Kent
In need of a Valentine’s Day night out, something different from the usual? Consider the charming jazz chanteuse Stacey Kent, who traveled to Europe as a language student to study French, Italian and German for her comparative literature degree only to meet a sexy Brit saxophonist who convinced her to give singing a whirl. That saxophonist, Jim Tomlinson, is now her husband, and Kent is an award-winning performer whose live shows are full of upbeat takes on jazz standards that even non-jazzbos can love. Sheraton City Center, 150 W. 500 South, 7:30 p.m., $30 adults, $15 students

Monday Feb. 14
Sebadoh
Lou Barlow can be a legendary cranky pants, as anyone who witnessed his solo gig last year at Urban can attest; a chattering crowd can completely throw him off his game. Let’s hope the return of his long-time Sebadoh partners Jason Lowenstein and Bob Fay for this “Bakesale/Harmacy Remembering Time Tour” helps keep the meteoric performer happy. It will certainly make fans of the band happy, getting to hear a slew of classic songs of heartbreak, anger and, yes, true love from the band’s Bakesale and Harmacy albums from the mid-’90s. It’s a Valentine’s Day dream, and one that also includes an opening set by Quasi and post-show party with Ted Dancin’. The Urban Lounge, 241 S. 500 East, 9 p.m., $15