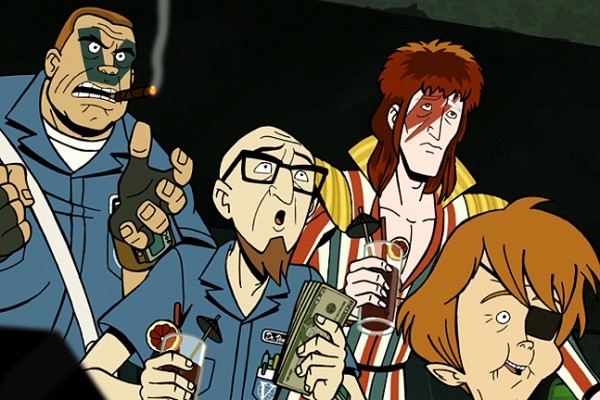 The Venture Bros.: Season 5
The fifth season of The Greatest Animated Series of All Time consists of only eight episodes, but also “A Very Venture Halloween” and “The Shallow Gravy Story” as bonus features—kind of evens out. All this, and “Spanakopita!” (Warner Bros.)

Big Bad Wolf
An abusive stepfather (Charlie O’Connell) hunts down his three teen stepdaughters, who’ve run away with the drug money he was going to use to retire in Mexico with his mistress. Yes, it is a dark take on The Three Little Pigs—how’d you guess? (Kino)

Doctor Who: The Time of the Doctor
The Doctor (Matt Smith) and Clara (Jenna Coleman) rush to save the universe, avert a new Time War and get all timey-wimey-weepy in the holiday-ish 800th(!) episode that introduces the Twelfth Doctor (Peter Capaldi). (Warner Bros.)

Mexican Sunrise
A south-of-the-border bachelor party goes bad when a local drug kingpin (Armand Assante!) takes the bros hostage in order to collect a debt—imagine Very Bad Things with more strippers and tequila. Based on a true story, as far as you know. (Maverick)