The Walking Dead: Season 1
The greatest (and only) zombie-apocalypse TV series ever arrives on DVD just in time for the real zombie apocalypse. I mean, I know nothing of a looming zombie apocalypse that will happen around Saint Patrick’s Day. (Anchor Bay) 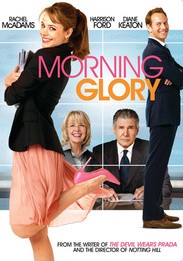 Mystery Science Theater 3000: XX
The Satellite of Love crew (including Joel, not that other guy) takes on classics Project Moon Base, Master Ninja I, Master Ninja II and The Magic Voyage of Sinbad! Includes an interview with Master Ninja star Bill McKinney! (Vivendi)

Babysitters Beware
Placed on caretaker watch list as unmanageable, Manny from Modern Family (Rico Rodriguez) finally meets his match when Machete (Danny Trejo) becomes his new babysitter. Not really, but that would be cool. (Phase 4)