The Walking Dead, Sons of Anarchy 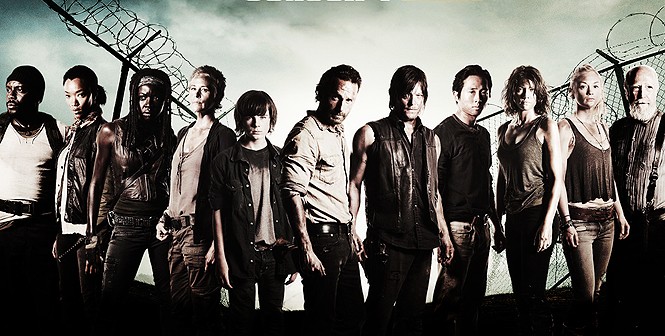 Idyllic life inside the prison ends when the Governor comes calling, forcing Team Rick back on the road, en route to alleged safe zone Terminus, which doesn't sound very safe at all. They should make a comic book out of this. (Anchor Bay)

Jax struggles to get SAMCRO back on the legit path (again), only to see more members and family killed (again). The season with the most violence, depravity and musical montages was also the highest-rated yet—coincidence, America? (Fox)

After a terrible blind date, two single parents (Drew Barrymore and Adam Sandler) and their kids end up sharing a vacation suite at an African safari resort and going through the same rom-com motions you've come to know and tolerate. (Warner Bros.)

Andre's wedding blows up, Ruxin quits the fantasy football league, Taco opens a Pubercuts salon, Kevin and Pete are generally useless, Jenny frets over no longer being able to give dogs boners, and Rafi and Dirty Randy get their own episode! (Fox)