The Warlocks, The Mirror Explodes

Imprisoned by Jabba the Hut

Stalled in the Millenium Falcon

Blown up by a Death Star

The Warlocks, The Mirror Explodes 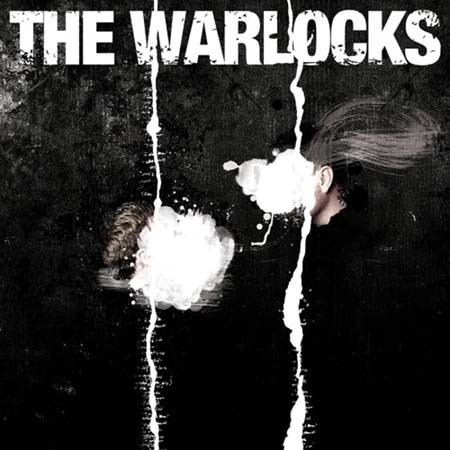 Not surprisingly, indie music sites like Pitchfork.com panned the new Warlocks album. Their dismissal of The Mirror Explodes only furthers the conjecture that psychedelic music should not be reviewed only by those who don’t share a love for drone.

Since 1999, The Warlocks have maintained a steady career playing alongside neo-psychedelic contemporaries Black Rebel Motorcycle Club and The Brian Jonestown Massacre. On Explode, they delve deeper into dark, heavy and fuzzed-out territory. Compared to previous albums, frontman Bobby Hecksher sounds even more melancholy and the noisy record oozes along at sludge-like pace.

Tracks like “Red Camera” and “The Midnight Sun” set a bar of dark-psych rock that pervades throughout the album with a concoction of feedback, weird noises, whammy-bends, and maple-syrup-thick fuzz; “You Make me Wait” echoes a hypnotic didgeridoo, while “Static Eyes” juxtaposes pop with less pleasantly-melodic overtones.

The Warlocks, like a lot of other psychedelic bands, do not overindulge themselves on technicality. By sticking to only a few notes or chords, they employ a minimalist approach to music that in the studio receives a more complex treatment. The result is highly layered, understated magic. It’s not rocket science—or complicated jazz—but it sure sounds good to all us shoegazers, stoners and psychedelic kids.

Explodes shares with previous releases Hecksher’s despairing voice washed out in a sea of reverb and noise, exuding tone and feeling rather than discernible lyrics. On “There Is a Formula to Your Despair,” this style echoes sadness within the noise confusion.

Some of the songs are epic in a psychoanalytic sort of way. “Between Two Lovers in Hell” stands out as an example. It doesn’t just explore darkness, but looks at the dark within the dark, the actual substance.

This album is something to be reckoned with. Yet, the abrasive mix is unlikely to engender more fame for The Warlocks. Dense reverb and obnoxious guitars ensure that the album will not join the super-compressed radio rabble of the airwaves. The Mirror Explodes won’t appeal to those who, as mentioned before, don’t love the drone. But for the rest of us, put in the CD, lay back and trip out.