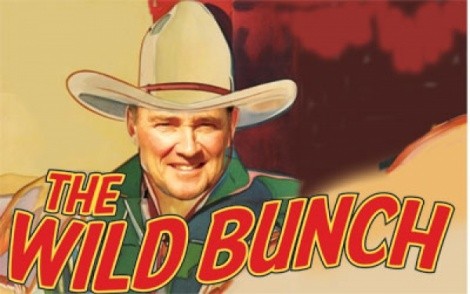 On Jan. 11, 2011, John Harja, then-director of Utah’s Public Lands Policy Coordination Office, calmly sat down in the budget hot seat in front of the Natural Resources Appropriations Committee. The committee had been grilling agency heads on budget cuts that might have to come out of their organizations to meet the required cuts affecting all of state government.

Harja wasn’t nervous, despite the fact that while legislative fiscal analysts were recommending minor cuts from other government programs, they specifically recommended Harja’s entire office be scrapped due to poor accounting of taxpayer resources and poor planning of the office’s goals.

Harja not only politely disagreed with the fiscal analyst, but also decided it was as good a time as any to ask for more money for his office.

“So, in fact, rather than say anything more about the proposed cuts, I’m going to ask you for even more funds,” Harja said. “I need more.”

That Harja sidestepped his office’s annihilation—and by the end of the session secured $400,000 in extra litigation funding, as well as $22,200 in unrestricted funds—speaks to how important the Utah Legislature and the Governor’s Office feel is the work of the Public Lands Policy Coordination Office (PLPCO).

The office’s mission is to coordinate all government voices in the state to stand up against the federal government and pry off the kung fu grip the Bureau of Land Management and the Department of the Interior has on the state’s public lands.

According to some estimates, 60 percent of Utah land is owned by the U.S. government. This doesn’t sit well with oil and gas developers, off-road-vehicle weekend warriors and many rural Utahns who chafe at not having control of the dirt underneath their feet.

PLPCO is litigating to reclaim approximately 18,784 rural roads across the state in a massive legal battle that, if successful, could also potentially undo the protected status of millions of acres of federally designated wilderness-study areas. The process of claiming back such roads requires attorneys and field agents to use an advanced digital-mapping system to track the roads and travel to rural areas of the state to interview witnesses and explore the disputed roads.

In 2005, the state filed a similar claim on seven roads in federal court. The judge has so far ruled on only two of the roads, located in Emery County. San Juan County has been in a legal battle over Salt Creek Trail, a single jeep road in Canyonlands National Park, for the past 12 years. The case is still in appeals. According to environmental advocacy group Southern Utah Wilderness Alliance (SUWA), the county has spent $1 million litigating just that road.

The herculean task of litigating 18,784 roads requires money and staff, which is why Harja informed the committee that his office needed more help. At the time of Harja’s January committee meeting, he had already taken on a new intern, who was something of a protégé of Harja’s, as indicated by documents City Weekly received through an open-records request. The intern, Christine Osborne, was taken on for an unusual “indefinite” internship. Roughly three months after starting her internship, she was given a full-time position starting at $63,000 a year.

Osborne’s most recent work experience prior to joining the office? Playing the bassoon in the Utah Symphony.

Harja acknowledges that the Governor’s Office did receive a complaint in early 2011 alleging an inappropriate relationship between Harja and Osborne.

“Those [allegations] were false and dealt with a long time ago,” Harja told City Weekly during a November 2011 interview, during which he reiterated that he had “no relationship” with Osborne.

According to the Governor’s Office, the state’s human-resources department investigated the allegations and “determined there was neither violation of policy, nor illegal conduct by PLPCO staff.”

While her role in the office was considered questionable even by PLPCO staff, perhaps most perplexing is how an office that has received millions in taxpayer funds to reclaim lands for the state—ostensibly to help bring in more tax revenue—was able to ignore the 2009 advice of legislative auditors, who suggested better oversight and accounting of the office’s finances.

Harja argued at the January 2011 committee meeting that the nature of dealing with so many different local and federal agencies made it so he couldn’t strictly follow auditors’ 2009 suggestions about creating measurements to track the office’s progress.

The office’s plan following the 2011 session, according to documents, appears to have been business as usual. But a shake-up did eventually occur at the office in December 2011. The week before the Governor’s Office turned over more than 500 pages of documents to City Weekly about the office, including e-mails about Harja and Osborne, Harja was replaced as director of PLPCO and accepted a position as an advisor at the Utah Department of Agriculture & Food.

Roads Less Traveled
In December 2011, Utah blazed new trails in public-lands litigation by being the first state to file notice of intent to sue to retake ownership of 18,784 roads in 22 rural counties. The state claims the right-of-way to these roads based on Revised Statute 2477, a law passed by Congress in 1866 to give settlers rights-of-way to the paths and trails they’d carved out of territorial lands (see p. 19).

The notices of intent served as the warning shot, giving the federal government 180 days to consider an alternative solution before the legal showdown really begins.

For Harja, the payoff for the years’ worth of preparation for litigation and preparation is simple.

“A transportation network that we can own,” Harja says.

“This really isn’t about roads,” McIntosh says. “It’s about trying to control federal public lands.” McIntosh points to the case of the Salt Creek Canyon feud, where San Juan County sued over the Salt Creek Trail in Canyonlands National Park to claim it as a road. The road was actually a streambed, and the county had previously been upset that SUWA had prevailed in court to prevent Jeeps from driving up the rugged path. “Jeeps would hit a rock, and all of the fluid and oil would drain into the creek,” destroy the vegetation and contaminate the stream, McIntosh says.

McIntosh highlights this case to point out that PLPCO’s claims on 18,784 roads—many of which are, in fact, dirt paths, streambeds and cowboy trails—stand to be an incredible taxpayer boondoggle. According to documents McIntosh received from the state in an open-records request, 113 of the 18,784 roads cross over national parks like Arches in Moab and Capitol Reef National Park near Torrey.

“It’s their attempt at shock and awe, because they can’t be serious about litigating 18,000 claims,” McIntosh says. She says San Juan County spent $1 million litigating the Salt Creek case alone, which they lost over a 12-day trial but are still appealing.

PLPCO attorneys got their first taste of what might happen to the majority of those 18,784 roads based on a Nov. 17, 2011, hearing before Utah District Court Judge Dee Benson.

The case had been filed in 2005 by the county and the state of Utah in a move to reclaim seven RS2477 roads in Emery County. Utah filed nearly 400 pages of exhibit documents as evidence of the county’s ownership of the roads.

During a hearing on the federal government’s motion for summary judgment—a move to decide a case before it goes to trial—Benson said that the motion and the evidence submitted in support of that motion needed to be streamlined.

“This case is the perfect example of the system that I find cumbersome and difficult. You have all … ‘flooded’ may be too much of an exaggeration, but you have provided the Court with a lot of facts,” Benson said of the filings.

“What I need to find out is whether the county or the state or both received some communication by writing or orally that the right-of-way they think they have, they don’t,” Benson said.