What we wish we weren't so good at

What do you wish Utah was not best known for?

Kylee Ehmann: Utah drivers' inability to navigate through the snow each year. I'm not sure how an entire state collectively forgets how to drive but, each year, with the first snowflake, we somehow do.

Andy Sutcliffe: Providing way more than our fair share of zany Republican/Tea Party politicians who wreak havoc on the lives of citizens (and undocumented workers) in the other 49 States.

Jeremiah Smith: I wish we weren't known for being the "best at tailgating other drivers and not signaling."

Jeff Chipian: When I travel and people ask where I'm from, they immediately think I'm Mormon. I wish Utah were known for more than just that. Then again, I get to disappoint them by saying, "I'm a drinking, swearing, loudmouth Greek." It gives me pride each time.

Mason Rodrickc: I wish Utah could be less good at bad air quality. Out-of-state folks don't know it as a thing, but hospitals here sure do.

Nicole Enright: I dig that Utah is known for polygamy and other crazy things. When I travel and people are stupid enough to ask me if I am polygamous or Mormon, I always say "Why, yes, of course I am!" Then I ask if they'd like to join.

Pete Saltas: I hate the perception that you can't get a drink in Utah, because you can—at lots of great bars, community events and music venues. If I rounded up those dummies who believed that and took them on a bar crawl, they'd be crawling back to whatever hole they came from by the end of the night. 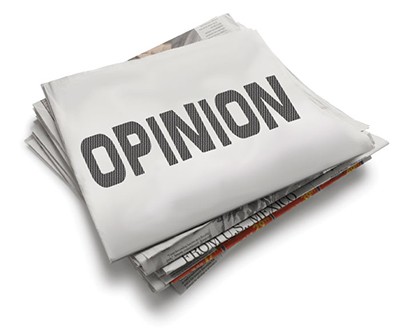 Water is taught by thirst;

Land, by the oceans passed.

Each year, I look forward to City Weekly's Best of Utah (BOU) edition. I thought Nov. 5's BOU was especially good. To my mind, it is a celebration of place, and I enjoy seeing Utah's places through others' eyes. I have been reading BOU editions long enough to recognize the hardy perennials—KRCL, Red Iguana, Coffee Garden, to name a few—and to conclude that BOU is more grounded in whimsy than science. Thus, the margin of error allows that Shauna Lake and Hope Woodside can read a teleprompter as well as Mary Nickles and that Sugar House Coffee can make as good a cappuccino as Coffee Garden.

I confess that as I read the celebratory "bests," my mind stole away to the "worsts." You can't have one without the other: they are reciprocal. Applying Dickinson's logic, the pleasure of a hot, Krispy Kreme donut is a function of having eaten a few leaden, convenience-store pastries. Our lives are framed by such binaries—love-hate, sick-well, bad-good, happy-sad, etc. If you are like me, you spend your days in-between the poles of black and white in a comfort zone of gray. That doesn't mean I ignore the polarities, but as Republican Sen. Mike Lee learned from the 2013 government shutdown, the extremes are often untenable—or unprofitable. Lee is not the best senator in Washington, but he's not the worst.

He has lots of company in the not-the-best-but-not-the-worst category. Consider the F-35 fighter, a recent arrival at Hill Air Force Base. Our congressional delegation heralds the high-tech airplane as a boon to Utah's economy. The Government Accountability Office says the cost of operating the F-35 fleet may be unaffordable at more than $1 trillion over its lifetime. Not the best for taxpayers, but not the worst for the Utahns who get a trickle-down benefit from Hill AFB.

Water is definitely a not-the-best-but-not-the-worst issue. It is the lifeblood of Utah's oasis cities and towns. Despite being in short supply, Utah's water is tasty and cheap—so cheap that each of us can afford to use almost 200 gallons a day. Our profligate use of water is not the worst example of husbandry, however. Idaho and Nevada are worse. Most of our water is sprayed on lawns, but 40 percent of all the water used in the state irrigates alfalfa. Not a few bales of Utah alfalfa are exported to China. When it comes to water, we condone a lot of not-the-best practices.

Would an alfafa grower in Payson agree? Of course not! Judgments based on a best-worst scale are mostly subjective. Age, race, gender and ideology are all mediating factors. For example, some people think Rep. Mike Noel, R-Kanab, 68, is one of Utah's best legislators, a passionate crusader. Others peg him on the opposite end of the scale as a blowhard, a bully and worse. Recently he has been a vocal opponent of the Bears Ears National Monument proposed by a coalition of American Indian tribes. Noel fits the profile of the opposition—a Republican over 65. Those in favor of Bears Ears are likely to be Democrats under 25. If I were President Obama, I wouldn't give a damn what Utah Republicans wanted. In fact, after taking crap from them for six years, I would sign off on the new national monument just to even the score. I side with the American Indians and the young Dems. Protecting parcels of land from paving, drilling, bulldozing and building seems like a good idea, especially in urban centers. The Salt Lake Valley has 17,178 acres of well-used recreational space. It sounds like a lot but it is not enough, county planners say. Utah has the highest birth rate in the United States, and to accommodate all those kids in the next 15 years, 20,119 acres will be needed. That's 29 more Liberty Parks.

Utah is famous for its "Mighty Five" national parks. The state is also known for powder snow, Ponzi scams, Bonneville Speedway, Osmonds, bizarre liquor laws, Mormons and wacko politicians. Even the not-so-wacko are parsimonious when it comes to health care for the poor but generous with concealed-weapons permits for nonresidents. They are skeptical of medical marijuana but love nutritional supplements like ginseng. They pay lip service to improving air quality that is not so good and getting worse.

The governor is not the worst of the bunch, however. He's a middling politician whose decisions have earned both bouquets and brickbats over the years. He recently gave a speech critical of the federal government in which he asserted, "The states are solving problems in innovative ways." I laughed. Squandering millions on doomed lawsuits is hardly innovative, and the refusal to expand Medicaid is downright shameful. On the governor's watch, voter malaise has worsened to the point that 70 percent of Utahns didn't cast a ballot in 2014 (because the outcome is foreordained?)

A French proverb, "Appetite comes with eating," makes a concluding point. In celebrating the bests of Utah, we acknowledge that the worsts exist and could use some attention. CW