Theater: A Behanding in Spokane 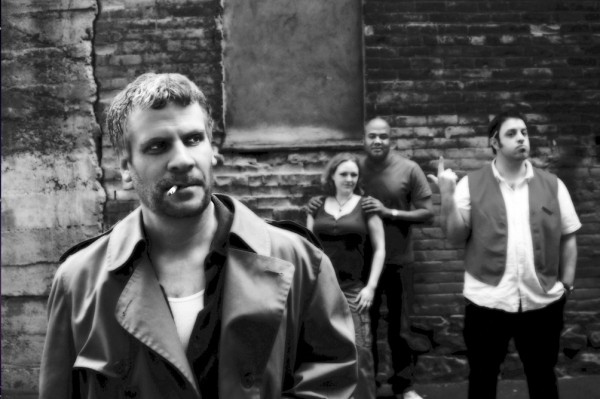 Martin McDonagh has a particular flavor as a writer, even if his work sometimes feels clearly beholden to both David Mamet and Quentin Tarantino. It’s not every work of art, after all, that could count a bounteous supply of severed human hands as a significant prop and still manage to wrestle huge laughs out of the material.

That mix of dark-bordering-on-gruesome premise and bitingly funny execution is on display in A Behanding in Spokane, and in The Hive Theatre Company’s production. Jeffrey Owen plays Carmichael, a hard-case guy waiting in a hotel room for the possible end to his 27-year quest to recover his own left hand, cut off years ago by a “bunch of hillbillies.” The couple who have promised Carmichael his hand, however—small-time drug dealers Toby (Lonzo Liggins) and Marilyn (Tiffany A. Greathouse)—might just have picked the wrong guy to try to con. And they all might have picked the wrong seedy motel for the deal, given the frequent interruptions by the dimwitted clerk (Jared Greathouse).

Director Sam C. McGinnis V guides his solid cast through the material with brisk pacing, and a firm handle on the often rat-a-tat dialogue. Liggins turns in a particularly standout performance, given Toby’s emotional volatility and the need to blast off strings of 12-letter epithets without taking a breath, while Owen finds a funky balance between Carmichael’s matter-of-fact menace and his very human frustrations with phone calls from his mother.

Yet, the star here is clearly McDonagh’s text, which mixes gaspingly hilarious takes on racism with sharp undercutting of the text’s tough-guy characters. McDonagh has a way of incorporating action verging on insanity into his stories in a way that never feels out of control. And even if there’s nothing profound to be gleaned from the outcome, as empty theatrical calories go, it’s ferociously entertaining.