PTC production is a Utah crowd-pleaser 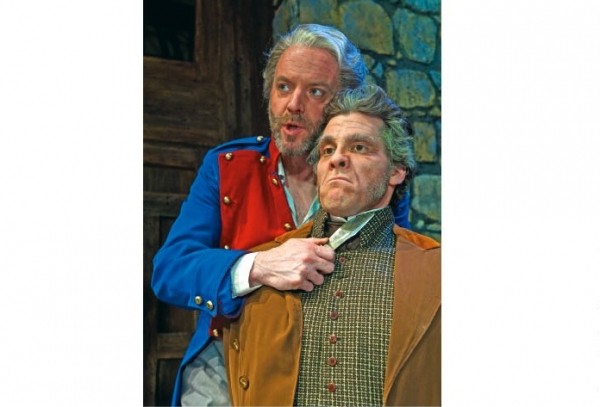 There was a time, not long ago, when you couldn’t look through local theater listings without finding at least two or three simultaneous productions of Joseph & the Amazing Technicolor Dreamcoat. But, if Les Misérables hasn’t yet replaced Joseph as Utah’s unofficial state musical, it comes a close second.

Apart from the show’s towering genius, it’s difficult to determine why Utahns love Les Mis so much. It’s really quite a dark thing, dealing with issues of tyranny, social injustice and political revolution—not the sort of light, airy confection that normally appeals to less-regular theater-goers.

However, here we have Pioneer Theatre Company filling the auditorium to capacity with its second production of Les Mis in six years, rounding out Karen Azenberg’s first season as PTC’s artistic director since she took over for Charles Morey. Make no mistake, however, this production is the familiar Chuck Morey one; he returned as guest director, and his fingerprints are all over it. He has learned what pleases PTC audiences, and he gives it to them. Perhaps they’re a bit blue-haired to appreciate the show’s saltier language (which, thankfully, is rare)—but disapproving glances from the chorus let us all know what we think of that sort of thing.

The main difference, of course, between this production and the 2007 one is in the casting—particularly the absence of Max Robinson as innkeeper Thénardier. Dale Hensley fills in nicely in the coveted role, with his rousing “Master of the House,” an audience favorite. For that matter, Christianne Tisdale is superb as Madame Thénardier, and mention must be made of Abigail Scott as the young Eponine, whose smug, over-the-shoulder glances shoot daggers at young Cosette. Joe Cassidy’s Jean Valjean is admirable, with a rugged baritone just dripping with raw emotion. And Kelly McCormick as Fantine is simply heartbreaking.

The show’s a real crowd-pleaser, always deserving of one day more—and another after that, and another.