This Is the End, My Friend 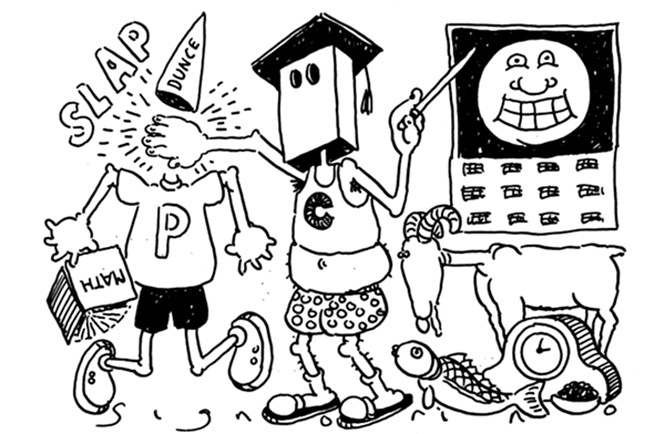 This week's Straight Dope marks the last appearance of the column as the Teeming Millions have known it for the past 45 years.

Why the change, and why now? With the planned sale of the Chicago Reader, the folks at Sun-Times Media, which will continue to own the Straight Dope, are re-thinking the once-a-week deep dive (sorta) on a single topic (usually) in question-and-answer format. It's possible a successor to the Straight Dope will emerge, possibly with daily online content. But no decision has been made, and my role, if any, has not been determined. In the meantime, I'm thinking about publishing another Straight Dope book—it's been nigh on 20 years since the last one.

Its members are an exceptionally lively and devoted group. In a business where "stickiness" means you can get someone to spend 10 minutes on your site, we've had people who've spent hours every day for years. Most members of the community never meet in real life, but many do: Dopefests have been held around the world. Meeting a future life partner through The Straight Dope has long since ceased to be a novelty.

The SDMB is a raucous, wildly entertaining house party that has kept users coming back for 22 years—"like caramel-covered crack," as one user once put it. People participate not out of civic duty, but because it's fun. Part of what makes it fun is the arguments, which anyone can start on any subject. The SDMB offers a soapbox and an audience that routinely numbers in the thousands and occasionally in the millions. How many minds are changed as a result of these freewheeling symposia I have no idea. But surely there's value in having to defend your views in open debate, and in having cherished beliefs challenged.

The chastening thing for me as a journalist was to realize how little my participation was needed to keep the conversation going once it began. The Straight Dope got people in the door and has continued to set the tone; fighting ignorance has long been the site's mantra. But the community at an early stage took on a life of its own.

That's not to say it just happened. Two elements were key. The first was that we had rules. The initial one was simple: don't be a jerk. Jerkitude lacking specificity, this was soon elaborated on, but the basic idea persisted: you could venture any opinion you cared to provided you remained civil.

The second critical element was the SDMB moderators—the staff—whose job was to enforce the rules and keep the peace. They're volunteers, who get only a coffee mug for their trouble. Many have kept at it for years, which continues to astonish me. Clearly the job has its rewards; the SDMB is an enduring community and they're pillars in it. Without them it would be a different and in my opinion much worse place. I owe a debt to them I can never pay. Of such people are communities made.

Notwithstanding newspaper comment sections, Twitter, Facebook, and so on, no online arena comparable to the SDMB has emerged for the clash of ideas of the sort we've tried to encourage— no forum where ordinary people with fundamental disagreements can duke it out provided they remain civil. I thought, and still think, providing a home for such debates is a critical role for us in the news media. The SDMB is a model in that respect. I acknowledge it hasn't caught on widely so far. One can only hope.

I can't say I have no regrets; there are things I might have done differently. But I'm grateful for the opportunity—and grateful that the Straight Dope community will live on.