Nashville band doesn't care how you define them 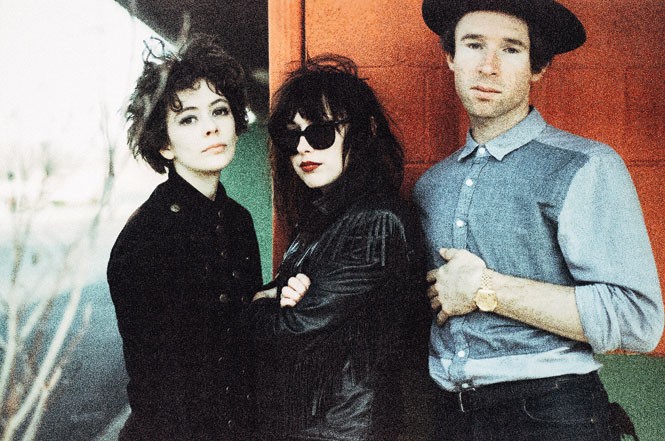 There are certain words that seem to accompany any online mention of Those Darlins. When describing the Nashville, Tenn., band's 2009 self-titled debut album—with its popular single "Red Light Love"—those words are usually "alt-country" and "cowpunk." Those Darlins' second album, 2011's Screws Get Loose, often got pegged as "garage rock." And for their entire career, the female band members have been "sassy" "tough girls."

Vocalist/guitarist and songwriter Jessi Zazu is sick of all the labels.

"It's really frustrating when you know that you're not just this one little thing that people want you to be," Zazu says from her home.

The trio's typical response to getting labels slapped onto their work, she says, is, "Fuck that, we're this now."

But, she adds, being pigeonholed is "also kind of nice because you can always keep people guessing."

Since Those Darlins are currently in a "transition" period between albums, that could be a prophetic statement. With their third album, 2013's Blur the Line, the band proved they have the gumption to test their own sonic boundaries, pushing their sound into territory as diverse as doo-wop and psych rock, executed with plenty of raw guitar, pounding rock rhythms and snarling energy.

But despite Blur the Line's ambition, it had a mixed reception with listeners and critics, who could be divided into those who embraced the band's new direction and those who clung to Those Darlins' ragged punk beginnings or thought Blur the Line was too all over the place.

Zazu isn't concerned with seeking approval, however—only with being truthful in the music the band makes.

"I feel like the people that have stuck with us from the beginning or people who respect our full career and kind of get who we actually are ... those are the people that help me just feel like, 'OK, I'm an artist that can make art that comes from where I'm at, and that's OK,'" she says. "And then there's another school of people who just need to have some type of label or some type of box to kind of put it in to make it make sense to them."

Evidently, the place where Zazu and co-vocalist/guitarist and songwriter Nikki Kvarnes were at while making Blur the Line was a "pretty intense, serious growing stage," Zazu says. It was a period where they realized, she says, "if we try to write songs that are just like trying to get people going, that are just fun, silly songs, it won't be being true to where we are right now."

In addition to exploring blurred lines of all types, and the fact that "nothing in life is just black and white," Zazu says, several songs on the album find her delving into "things inside of me that I didn't really want to look at, but I just did anyway, and finding strength through making myself vulnerable in that way." On the album's final track, "Ain't Afraid," she sings in her distinctive twangy monotone about refusing to be daunted by a brush with cancer. That message of courage also echoes in "Western Sky," in which she and Kvarnes sing in unison, "Let's make our own noise."

They're telling lyrics, hinting at how far Zazu and Kvarnes—the lineup is completed by drummer Linwood Regensburg—concerned with onstage antics (although Zazu can still pull off a hell of a stage dive) and "everything but the music," she says, but with Blur the Line, the band sought to put the focus back on the music.

"We want to know that if we just went out onstage and just played the songs and we didn't do anything special, that we could feel good that we at least wrote some really badass songs," she says.

Whatever incarnation of Those Darlins is embodied in their next album, it will be something listeners have never heard before. Thanks to all those pesky labels, "we've been so eager to transform into something new every time we do anything," Zazu says. "We know our full potential ... we know who we are and where we've come from and what we're capable of, but that doesn't necessarily mean we've showed that part of ourselves to the world yet."