The case files of Tim Lawson, purported power broker and pal to the attorney general. 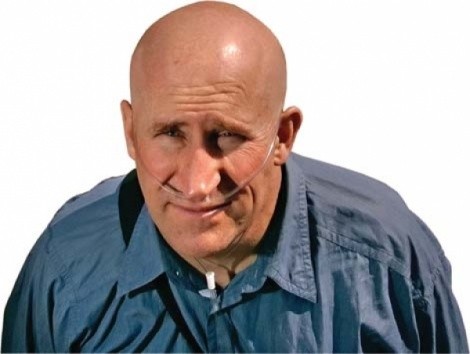 Tim Lawson is one of the most influential state lobbyists you’ve never heard of. That is, unless you’ve met Lawson in person, who, by way of introduction, speaks more about the people he knows than of himself—friendships ranging from Utah Gov. Gary Herbert, CEOs and captains of industry and, of course, his personal friend, Attorney General Mark Shurtleff. “Me and Mark are as close as two guys can be without being gay,” Lawson told City Weekly in 2009. “We’re like brothers.”

Lawson says this friendship was forged back on the campaign trail of 2000, when Lawson was running for governor against Michael Leavitt, and Shurtleff ran against Reed Richards for attorney general. It was at the 2000 GOP convention that Lawson established his flair for the dramatic. Claiming Leavitt’s administration had increased the size of government, Lawson addressed delegates wrapped in chains, meant to symbolize the oppressive nature of Leavitt’s big-government policies, according to a May 8, 2000, article by Paul Rolly in The Salt Lake Tribune.

Politically speaking, Lawson garnered few votes in that race and the two subsequent failed political campaigns in the past dozen years—but the friends he acquired along the way instilled in Lawson a sense that he was close to the seat of power, if not truly sitting in it. The 45-year-old Orem resident has, since launching his political forays, supported his wife and eight children through entrepreneurial ventures that have ranged from telemarketing to hovercraft construction and, apparently, as a part-time political consultant.

Lawson touted his political connections to executives in the Utah call-center industry and advertised himself as having a hook-up for troubled companies who wanted to reach out to the top attorney of the state. Some companies appear to have reached out to Lawson, having him intercede on their behalf with the attorney general. In some instances, making introductions has profited Lawson and made new campaign supporters for Shurtleff. Other clients of Lawson’s services claim he sold them on a lie.

“He’s got no clout anywhere, he just has a big mouth,” says Brian Kitts, a Park City businessman who enlisted Lawson’s help when he got into trouble with the Utah Division of Securities. Kitts admits he paid Lawson based on his claims of having Shurtleff’s ear, but says that not only did Lawson fail to lobby on his behalf, but that when he stopped paying him, Lawson threatened “extortion,” saying he would use his connections to have Kitts thrown in jail.

“I hear these rumors about Lawson, and I’ve told him many times he cannot represent that he has an ‘in’ with this office, that [he] cannot threaten people,” Shurtleff says of the friendship.

“He apologizes and says, ‘Sometimes I get talking too much and say things.’ ” Shurtleff says of Lawson.

But if Lawson feels apologetic to Shurtleff, he remains unapologetic about his calling as a fixer, a problem solver, a do-right man.

“I’m like Joseph Smith, I’m known for better and worse. I’m like a modern-day Porter Rockwell [Joseph Smith’s vengeful bodyguard]. I protect those people that I love and care about,” Lawson says, making both comparisons in the same breath. 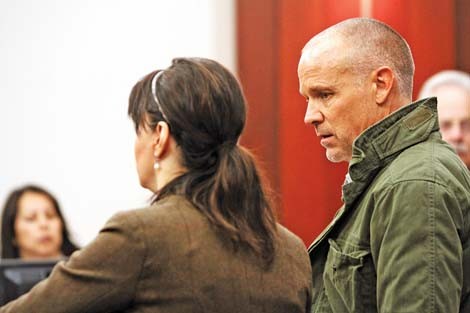 Lawson insists that he never uses his powers for evil, repeating that he is “black and white, and not gray.” But for being a black-and-white individual, Lawson has no problem operating in a gray area of politics: working with individuals in trouble with state law, be they call-center companies that have had run-ins with the Utah Department of Consumer Protection or, as City Weekly has now discovered, individuals like Marc Sessions Jenson (pictured at left), who was accused by state attorneys general throughout the late 2000s of conducting securities fraud.

Lawson says that with his skills and connections, he can get things done for people better than lawyers, who, Lawson says, “tend to confuse everything.” Lawson prefers a moniker taken straight from City Weekly’s April 9, 2009, article [“Called Into Question”] where he was described as a “Mormon version of Michael Clayton—the troubled lawyer-turned-corporate fix-it man from the film of the same name.”

In an e-mail, Lawson thanks a reporter for the nickname, “Timothy Michael Clayton,” or “TMC” which he uses to close e-mails. “It just stuck,” Lawson writes.

From Candidate to Corporate Fixer
Since 1998, Lawson has run for state Senate in Utah County’s District 15, for the Utah County Commission and even governor, when he ran against Michael Leavitt in 2000, all ending with three massive margins of loss.

Ever the reformer, in 2007, Lawson fought Orem city’s plan to spray parts of the city to stem a Japanese beetle invasion, claiming the pesticide would exacerbate an autoimmune disease that he and his family suffered from. He even threatened the city with a religious-discrimination lawsuit—claiming pesticides would poison his garden and that gardening was a strict tenet of his faith as a member of The Church of Jesus Christ of Latter-day Saints.

“We’re commanded to [garden] by our prophet,” Lawson told a reporter for The Salt Lake Tribune in March 2007. Despite the challenge, Lawson never filed suit, and the city began its eradication efforts. In response, Lawson bought a new home.

The summer following Lawson’s anti-pesticide campaign in 2007, he was hired by the call-center company Mentoring of America. Touting his connections made during his forays into politics, Lawson admits he lobbied state government on behalf of the company that faced multiple administrative citations from the Utah Department of Consumer Protection for allegations of consumer fraud. Lawson credits bringing MOA executives together to meet with Shurtleff. As was covered in City Weekly’s story “Called Into Question” [April 9, 2009], the MOA executives later donated $32,500 to Shurtleff’s campaign ($30,000 of which Shurtleff later returned).

It wouldn’t be the only company in the industry Lawson would introduce to Shurtleff. According to e-mails obtained through a records request, Lawson also arranged a Jan. 16, 2008, meeting between Shurtleff and a St. George Internet marketing company known as IWorks so that Shurtleff could accept a campaign donation. In 2008, the company would give Shurtleff $50,000 in campaign donations.

The donations came barely a month after multiple charges of fraud brought through the Utah Department of Consumer Protection had been dismissed against the company, causing Shurtleff’s then-Democratic challenger in the 2008 election, Jean Welch Hill, to blast Shurtleff for not using conflict-of-interest forms in the attorney general’s office. Since attorneys general represented Consumer Protection in the case, Hill said conflict-of-interest forms would have alerted Shurtleff to the appearance of impropriety for accepting donations from a company his office had brought charges against.

Corine Cyphers worked on Lawson’s MOA call-center sales team in July 2007 and saved money on rent by residing at Lawson’s spacious new residence, away from the pesticide spraying in Orem—a 7,500-square-foot Tudor mansion in Provo. Cyphers helped out by cleaning up around the house and cooking meals for Lawson’s family.

She recalls Lawson as a man devoted to his work, his family, friends and his faith. He was gone early in the morning and returned late at night. Sometimes, his work came home with him, as Cyphers remembers the day that several executives from call center Mentoring of America came over to the house and asked Lawson to help out their friend Marc Sessions Jenson—a hard-money lender behind an as-yet-unrealized high-end ski-resort development in central Utah—who was facing five second-degree felony charges of securities fraud and one charge of racketeering from the Utah Division of Securities.