To Circumcise or Not 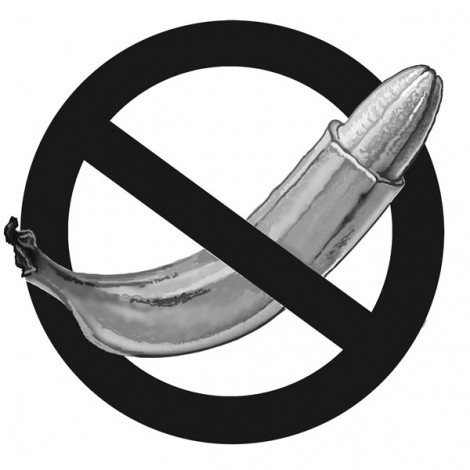 For the ancient Greeks, it was a thing of beauty; for the Dogon peoples of West Africa, it was a nasty female-like accessory that was cut off at puberty. We are referring, of course to the foreskin, also known as the prepuce, that loose fold of epidermis surrounding the glans penis.

The ancient practice of circumcision has been much in the news of late—in San Francisco, voters will be asked to give a thumbs up or down on a ballot measure to ban circumcision on all males under the age of 18, and in Marikina, the Philippines, hundreds of prepubescent boys lined up outside a sports stadium, where, once inside, they were restrained on rickety folding tables while volunteer doctors snipped off their smegma-harboring foreskins. “Off you go, son, and don’t spank that monkey for at least a week, or before the bleeding stops, whichever comes first.”

The mayor of Marikina called the event a “circumcision party,” and expressed the hope that the Guinness Book of World Records would recognize his city’s achievement in the category of mass circumcision.

The outrage in recent years against female circumcision is heartening evidence that human beings might be advancing in some small measure, though religious zealots continue to insist that excising labia and scooping out the clitoris with a sharp rock is good for girls. But circumcision of squalling male-type infants hardly merits a lifted eyebrow, let alone a shudder or squeam, among many Americans, for whom surgical removal of the prepuce is as American as apple pie, though not as edible (some cultures fry up the snipped body parts and serve them with clam dip).

These same “what’s the big deal” Americans are exceedingly indignant about the proposed ban on circumcision out San Francisco way. Them weirdos in the City of Love are trying to take away our rights! This according to one earnest local radio host who somehow conflated San Fran Gay Pride Day Speedos and semi-nudity (“Holy Samoly!”) with the anti-circumcision campaign.

I invite Mr. Earnest and other circumcisionists to volunteer as candy stripers at LDS Hospital and assist with physician mohels in attaching a Gomco Clip or Mogen Clamp to the baby’s organ of generation. Or maybe test the procedure themselves by strapping on the nifty Gomco Clip. If still intact, they might want to go ahead and have a quick cut. Otherwise, they can enjoy the snug fit (if they are undersize, doctors recommend the Mogen Clamp, though there are adherents of the adjustable Plastibell, which is designed with the delicate coronal ridge in mind).

The surge of interest in circumcision and the defense thereof is such that the Salt Lake Chapter of the F.F.F. Society (Freedom From Foreskins) will be holding a debate on Father’s Day between the world famous master non-denominational mohel Willi Schneider and noted feminist Dr. LaVonda Glans. To get a preview of what will no doubt prove to be a spirited exchange, we sat down separately with each of the participants.

Mr. Schneider is a man who loves his work. “I am just coming from doing my 3,023rd bris milah, and I think I hold the record for fewest slips. Over the years no more than 70 times did I screw up. Religion I do not want to get into, though let me say it is a commandment from God, a mitzvah aseh. The benefits of cutting off part of the penis are well-known: cuts down on catching VD, prevents inflammatory balanitis, phimosis and paraphimosis, which are basically problems of a sticky foreskin, and, of course, your schlange is just a hell of a lot happier not being cooped up in that prepuce dingy. Plus, it’s just an all-around better look for guys of all ages.”

Dr. Glans says she could not disagree more with the illustrious mohel. “OK, first of all, I prefer the intact look and so did the Greeks, who were nuts about the tapered elegance of a sleek foreskin. Also, they weren’t the first to figure out that the foreskin has thousands and thousands of sensitive nerves so you guys get to really double your pleasure—or triple, who knows. Here’s what I say: If circumcision is so great, let guys decide for themselves when they reach puberty. Why inflict it on babies? Would you cut some other body part off? How about earlobes? Or little toes? I don’t think so.”

After the debate, there will be a sensitivity competition between foreskins and non-foreskins. Contact organizers for details.