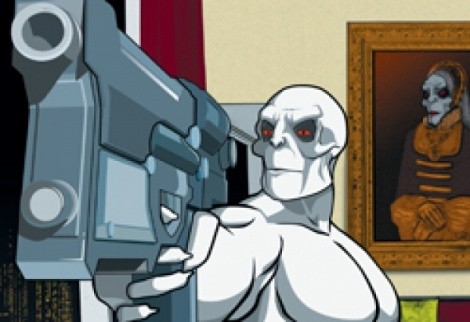 TorchwoodSaturday, Sept. 8 (BBC America)
Series Debut: A spin-off (and anagram) of Doctor Who that’s being pitched as a sci-fi combo plate of The X-Files, Angel and, well, Doctor Who: A team of pretty special-ops agents keep watch on a space/time rift in Cardiff, Wales, and use acquired alien technology to battle whatever baddies pop out of it. Torchwood continues BBC America’s summer hot streak (if you forget about Hotel Babylon, which you should), even if it falls slightly short of Jekyll. Oh, and like Britain’s previous Buffy the Vampire Slayer tribute Hex, there’s plenty of sex. But not as much as …

Tell Me You Love MeSunday, Sept. 9

(HBO)
Series Debut: Home Box Office answers the “It’s HBO-ver!” naysayers of the post-Sopranos era with a meta-depressing rumination on Relationships and Intimacy that makes Ingmar Bergman look like Judd Apatow. Too much? OK, breaking it down: You. May. Kill. Yourself. Before. Episode. Three. Tell Me You Love Me follows four couples at various stages of marriage working through trust and commitment issues while … too much again? Try this: There’s a whole lotta graphic sex, including a scene in the premiere with Lost’s Sonya Walger performing a tug-job on her husband that could have only been simulated with a prosthetic—which would be even weirder than the actual sex that’s rumored to have been filmed for the series. If this all sounds like more draining work than pirating Showtime, you’re right. For real creepy awkwardness, stick with …

Curb Your EnthusiasmSunday, Sept. 9 (HBO)
Season Premiere: What valuable social lessons has Larry David learned since the last new episode of Curb Your Enthusiasm way back in December 2005? You know, when he died? None—he’s a rich white guy, what’s to learn? In the Season 6 opener, Larry and Cheryl take in a family of Hurricane Katrina survivors (it’s a Cheryl thing, natch), conveniently named … the Blacks. Upcoming episodes involve the violation of unspoken drycleaner codes, roadside memorials, teddy bears and Ted Danson, as well as the disturbing revelation that one of Larry’s pals has been masturbating in his house (HBO now stands for Habitually Beating Off, apparently). In other words, it’s still the hysterically real/unreal Curb you and the network pray never ends—and in what universe is Richard Lewis dating Tia Carrere?
Frisky DingoSundays (Adult Swim)
Season 2 of Frisky Dingo premiered Aug. 26—which was unexpected, considering the planet was supposedly driven into the sun by supervillain Killface’s Annihilatrix doomsday device at the end of the first. Turns out it malfunctioned and actually pushed the Earth’s orbit 3 feet away from the sun, stopping global warming. Now he’s an insta-hero running for president while former millionaire playboy/Iron Man-esque nemesis Xander Crews is a destitute porn star. This is the part where you assume I’m going to say, “It all makes sense if you watch it.” Yeah … anyway, Frisky Dingo: Funny and educational for the marketing of evil pinheads for president—listen up, Brownback-ers.
Rescue MeWednesday, Sept. 12 (FX)
Season Finale: So Season 4 of Rescue Me has been shakier than an all-Gavins AA meeting—it’s still better than any series out there, comedy or drama. Denis Leary has delivered both in a double-barreled shotgun blast of pathos every week, no matter how many ridiculous new characters clutter the scenes (Leary’s latest girlfriends, Gina Gershon and Amy Sedaris, make Callie Thorne’s whacked Sheila look like a pillar of sanity). The season-ender cliffhangers, however, must go, because none—not even tonight’s—live up to Leary’s lingering threat of having all the 62 Truck firefighters die in an out-of-control blaze. There’s always Season 5 … right, FX? 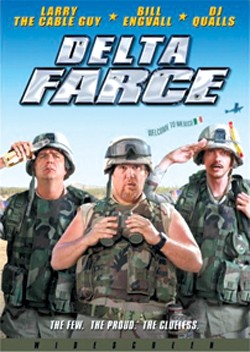 Delta Farce
Larry the Cable Guy and Bill Engvall go to war in Iraq. Or Mexico. Any similarities to Bush and Cheney are purely coincidental. (Lionsgate.com)

Georgia Rule
A rebellious teen boozer (Lindsay Lohan) crashes her car and gets sent to Mormon country to straighten up. Not a documentary. (NBCUni.com) 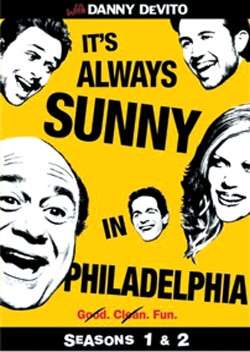 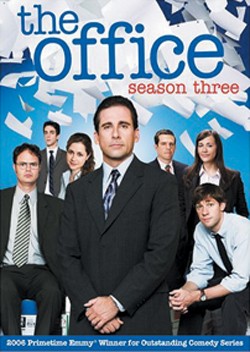 The Office: Season 3
Thanks to the genius branch merger, Season 3 was all about Andy (or Drew) and Karen—not to slight sexy Ben Franklin or vampire Jim. (NBCUni.com) 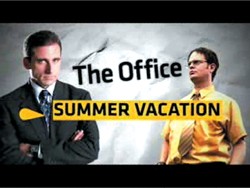 The Office: Summer Vacation
As a teaser for the one-hour (!) season premiere Sept. 27, NBC has released a three-minute clip of The Office folk detailing their summer—apparently, Michael “didn’t buy” Ratatouille and the “new” Pam is “30 percent more unpredictable.” Best of all, Ryan has become a full-on New York City douchebag, replete with fashion stubble. Fact!