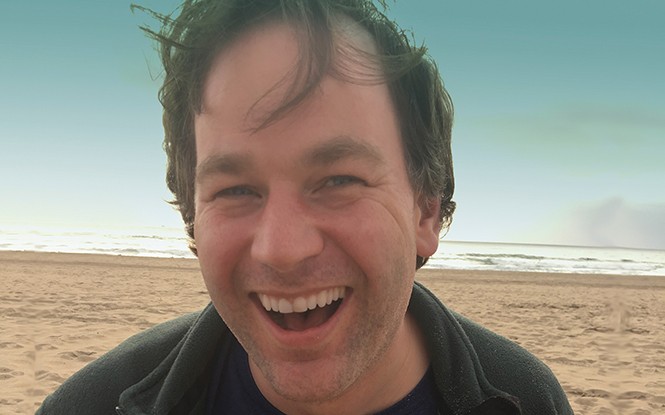 Comedian/filmmaker Mike Birbiglia visits Salt Lake City this week with his new one-man show, The New One. Ahead of his appearance, he responded to our questions via email.

City Weekly: You've directed a couple of movies in recent years, which is obviously a highly collaborative process. What are the up-sides and down-sides of returning to a one-man show after being immersed in that kind of collaboration?

Mike Birbiglia: "The first creative work I ever did was collaborative. In high school, I was in plays, and I would write and perform sketch comedy. In college, I was cast in the improv troupe. Like you're saying, I've made these movies which are wildly collaborative and involved about 100 people each. With the solo shows, it's still a collaboration, but with a much smaller group of people: my director Seth Barrish, my brother Joe and my wife Jen. So it still is collaborative, but it's just a smaller collaboration.

To be honest with you, there's something about performing live on stage that can't be replicated. There's something about a single person on stage speaking to a large group of strangers that to me is so special, because it's almost like an age-old art form. ... There's just something about it that's so raw, unfiltered, uncensored and personal. Movies are immortal. Like, someone could watch these movies in 10, 15, 20, even 50 years from now. Live performance happens in the moment and then it disappears. The bond that is created between you and the audience is intangible, but it's forever."

How do you think the process of making movies has changed the way you think about doing live performances?

"I think particularly the editing process of movies has made my brain more malleable to the possibilities of how plot could unfold in the context of a live show. I've worked with the same editor, Jeffrey Richmond, for both of my movies. He taught me so much about editing and storytelling, that I feel like that's the thing I've brought most into my storytelling from my movies."

You'll be in Salt Lake City during the Sundance Film Festival week, where you premieredSleepwalk With Mein 2012. What do you remember most about that experience?

"I think the thing I remember most is that almost half of the cast and crew of the movie showed up to the premiere and they actually came on stage after the movie. ... It was this really beautiful culmination of this long arduous process, in a place where I feel like all of us on stage had dreamed of having a movie premiere. When you're starting off as a fan of independent film, and you're thinking about the idea that you might make an independent film one day, Sundance is sort of the dream place where you'd want it to premiere, so when you're actually living it, it's a very surreal thing."

You've mentioned in other interviews how much a tour of one of these shows is a process of revising and refining from night to night. Does that perfectionist streak make it harder to look at your movies or specials, where once they're out in the world, that's the final version?

"I don't really watch the old ones too often for that reason. I recently did a podcast calledThe Old Oneswhere I listened to my old albums and talked about them with an old friend. My observation about the experience is that you look at the old albums almost like you look at a mosquito in amber. That was a moment in time, and that was a document of how you felt in that moment, and the story you wanted to tell in that moment and, of course, you never want to tell that same story in that same way again, because as people we're always changing. ... Our aesthetic is always evolving."

Is it fair to say that the title ofThe New Onemight be at least in part an oblique reference to the new addition to your family [his daughter, Oona, born in 2015]?

"I think it's safe to say that 'the new one' is a quadruple entendre, or even a sextuple entendre. I don't even know if that's a word."

If you think back on whatever dreams you had for a comedy career nearly 20 years ago when you started, how close is where you are now to what that looked like?