When it comes to listening with a discerning ear to albums at a national level, this job is, for the most part, like casting a net and catching whatever falls in it. You listen to what you get and cast your line for a few must-haves, but, in the end, are content with not catching everything. Creating a list from the array of CDs released in 2011 is no easy feat but, alas, music junkies live and die by lists.

When pondering how such a list is created in the first place, it’s worth stepping back for a second: Why do we listen to music? I’d say to connect to something that is either greater than us or that speaks for us, an emotion or feeling that we could not articulate on our own—or, at a minimum, to fulfill the need to have fun.

It’s kind of vulnerable to share these, to give a glimpse at my life and what I needed from music over the past calendar year. But, in no particular order, these are the discs that struck me in 2011. For the sake of inclusion and to shine a light on more of 2011’s gems, I’ve added 10 honorable mentions to round it all out.

Fleet Foxes, Hopelessness Blues
These plaid-wearing folk rockers eschew the down-and-out sensibility often associated with Northwestern tunes and create lush, golden-hued songs that are as full as an apple orchard in September and as warm as rarefied Seattle sunshine. Multipart harmonies are still present on the 12-song sophomore album, but they take a back seat to frontman Robin Pecknold’s apple-cider voice and wryly crafted lyrics, like on impressive tracks such as “Sim Sala Bim” or “Bedouin Dress,” which shine equally when layers are stripped away to a stitch of a song or when achieving a sonic fullness.

tUnE-yArDs, w h o k i l l
With its caged-animal howls, intoxicating harmonies and a panoply of polyrhythms within songs that are at once gut-wrenching and just plain fun, this album is invigorating. I was especially convinced when seeing the genius behind the band—Merrill Garbus—in concert. Maybe it was Garbus’ tribal war-painted face, the not-so-subtle African syncopation or all the Jack Daniel’s, but one attendee next to me summed it up: “This is a fucking dance revolution.”

Little Scream, The Golden Record
The label “art-folk” might conjure images of inaccessible music made by bearded white dudes from Brooklyn who noodle on an array of instruments, but there’s really no better tag for the Canadian band Little Scream. Led by Iowa-born Laurel Sprengelmeyer, the band paints a sparse, melodic and delicately layered sound rendered with an eyebrow-raising cornucopia of changing rhythms and breakdowns upon breakdowns. Sprengelmeyer has a beaut of a voice—think Feist, if Feist hadn’t begun her career punk-rocking. The album cover was even illustrated by the frontwoman, and it screams with the golden musical aesthetic the band creates. 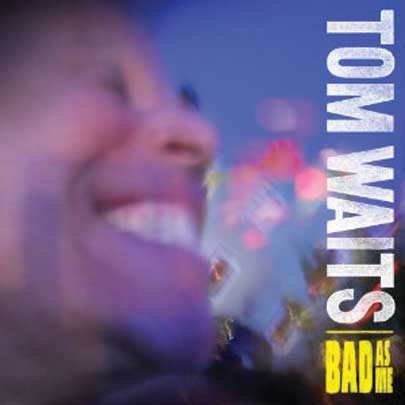 Tom Waits, Bad As Me
Tom Waits is one of those artists who could take a musical dump of a record and it would turn out solid gold. If you like the carnival-barker blues of his gravely voice and the brilliantly composed music that sits behind it, you probably loved Bad As Me
as much as me. Waits’ signature gutbucket Americana finds roots again—after seven freaking years—in these 13 songs that range in subject from downtrodden times to romance. And there’s a star-studded cast of musical characters helping paint the sonic picture.

St. Vincent, Strange Mercy
If Annie Clark’s debut album—under the moniker St. Vincent—was a tad naive, and her sophomore effort was a little overzealous, her third record lands confidently in the middle. Strange Mercy is a magnificent display of raw emotion squeezed through role-playing songcraft. The demure Texas native has a way with words that is evocative and demanding, and the album breathes life through gritty guitar leads, dancey electro beats and an artsy sonic layering. 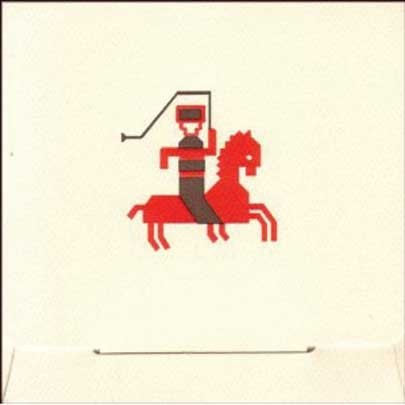 A Hawk & A Hacksaw, Cervantine
Although based in New Mexico, A Hawk & a Hacksaw draw influences from the former Yugoslavia, Greece, Turkey and Romania, which creates a sound all their own. Adding subtleties to the duo’s sound, mariachi and Norteño music make their way into their gypsy-esque pizzazz. This album was the top-played in my iTunes library this year. 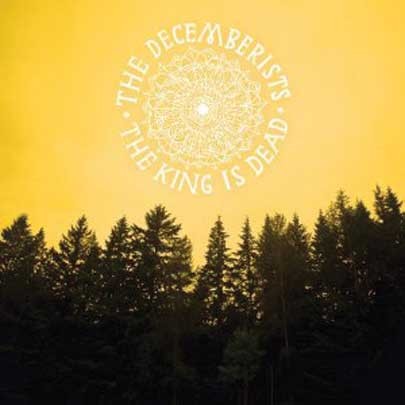 The Decemberists, The King Is Dead
Colin Meloy’s got a purdy mouth, so would say an old-timin’ troubadour. The Decemberists’ frontman’s word-of-the-day lexicon enters the charmed, simple language of alt-country—the latest conquering of the Oregon-based nerd balladeers. The lyrical zeal is anything but sisyphean soundings. This effort has stripped-down imagery, in contrast to the immoderate Hazards of Love and ballads past. And in 10 punchy tracks, less is more.

Danger Mouse, Daniele Luppi, Rome
A contemporary remake of the iconic composer Ennio Morricone’s scores (A Fistful of Dollars, The Good, the Bad & the Ugly, etc.) requires a master’s touch. With appearances by Jack White and Norah Jones and an assemblage of the original orchestra members, enter Danger Mouse, who proves that no genre/collaboration is out of reach of his Midas touch, and Daniele Luppi, who paints scenic instrumental visuals that are enticing, even if they lack a hard Western bite.

Bon Iver, Bon Iver
In the four-year span since Bon Iver’s debut, frontman Justin Vernon has, yes, remained rooted in acoustic folk, but what creates the great artistic chasm between that and this self-titled sophomore effort is his unbound creative experimentation. A risky move indeed, Vernon’s angelic voice graces fewer tighter, catchier tracks than before and finds itself meandering about on orchestral pop (“Minnesota, WI,” “Calgary”) to becoming nearly absent on the eyebrow-raising, instrumental album closer, “Beth/Rest.” His refined aesthetic, as a whole, excels on “Perth.” It isn’t for everyone, but it was for me.

Yo-Yo Ma, Stuart Duncan, Edgar Meyer & Chris Thile, The Goat Rodeo Sessions
The disparate styles of bluegrass and classical are blended with such skillful ease in The Goat Rodeo Sessions, it’s a wonder more collaborators haven’t played in this amorphous zone of melody and string-based rhythm. Maybe it just takes a collection of virtuosos to genre-bend in such a classy fashion. The album might seem bluegrass-y to classical fans, and classical to bluegrass junkies, but, overall, is aces—far from a “goat rodeo,” as the title suggests.