CW's music editor picks his favorite albums of the year.

I have friends who hold a song’s lyrical content above all else. And I have friends who could care less about a songwriter’s musings, because it’s the language of music—the notes and spaces between them—that’s most important. Both sides are correct, yet neither are correct. The point is this: There’s no one right way to judge music, for the appreciation of music is a personal experience.

At year’s end, it always seems silly to rank the hundreds of albums that I listened to throughout the year; it’s a gray area where artistic skill and my own needs from music this year meet. My rough draft of this list included more than 50 albums. The ones that made the final cut were, more often than not, the ones that I listened to the most and had an intimate relationship with.

I have never been a listen-to-the- singles-only music fan. I put on the wax or hit play and go forth—from start to finish. I love albums. Music-streaming websites—like Spotify, which launched in the United States this year—are making music more accessible than ever. So, audiophiles are truly living up to their name—like Templeton in Charlotte’s Web gluttonously eating his way through a smorgasbord. It makes you wonder: Are we developing diluted relationships with our music?

That’s for further consideration, but I would say this: Slow down and really dig into these albums, and you will be richly rewarded. For good measure, and for the sake of being inclusionary, honorable mentions are listed below. It was an amazing year for music.

Alt-J, An Awesome Wave
I’ve heard Joe Newman, Alt-J’s singer, compared to Kermit the Frog, but listen: His nasally singing—at times, soft and melodic, then morphing to a cadenced and percussive sound—grows on you after merely two listens; actually, you begin to love it and wonder how you’ve lived without it. This British four-piece’s debut album challenges songwriting forms and creates an awesome sonic tide that washes in and out from full to minimal. It’s no surprise An Awesome Wave won the 2012 Mercury Prize. AltJBand.com

Dan Deacon, America
I fell more in love with this album after seeing the artist in concert. Deacon, the onetime student of composition and electronic music, is the ultimate host; he created a jubilant evening at Kilby Court—one of the best shows of 2012. Anyway, Deacon’s America is dunked in droning bass, coated in arousing minimalism and fried in pop. Side A, the pop side, is intense and friendly, while Side B is a four-part piece called “USA.” Devoid of politics (or hot dogs), Side B focuses on a celebration of the land. DanDeacon.com

Dirty Projectors, Swing Lo Magellan
I can’t help but think of the public radio show RadioLab when I hear Swing Lo Magellan. Both challenge production values by including raw, not pretty elements—like side conversations—that are normally edited out. But it does add texture. That, and the unorthodox arrangements and tones coming from the David Longstreth-led experimental rockers are more beat-centric and accessible than previous efforts. DirtyProjectors.net

Father John Misty, Fear Fun
It’s “the gentler side of mankind’s death wish,” sings Josh Tillman of the environmental impacts of art—CDs or paintings—on “Now I’m Learning to Love the War.” That’s a prime example of Fear Fun’s lyrical content being cynical while being playful, and blunt while mysterious. He writes with a drunken sage’s wisdom (think Charles Bukowski), with sounds ranging from Waylon Jennings to Arthur Russell and Physical Graffiti to Roy Orbison. FatherJohnMisty.com

Fiona Apple, The Idler Wheel ...
If I’m a pad of butter, Fiona Apple is a hot knife—to paraphrase the brooding chanteuse’s lyrics. This—at times delicate, at times harsh—record six years in the making is not only thought-provoking but is like a sonic dagger to the brain (and heart). Fiona-Apple.com

Grizzly Bear, Shields
One of the few non-electro bands on Warp Records, this Brooklyn four-piece are wizards with effects pedals. Just listen to “Sleeping Ute,” “A Simple Answer” or “Sun In Your Eyes” to clue in to the virtuosity on display—it overflows—which makes them so enthralling. Grizzly-Bear.net

Here We Go Magic, A Different Ship
Luke Temple’s former basement project has seen a grand evolution to a fully mature band that mixes analog and digital in a sonic stew. Industry giant Nigel Godrich, Radiohead’s esteemed producer, even lent his craftsmanship to A Different Ship. Temple has one of the sweetest voices out there, and his long-winded falsetto glides beside bouncy, jangly strums—a listen that’s both warm and enigmatic. HereWeGoMagicBand.tumblr.com 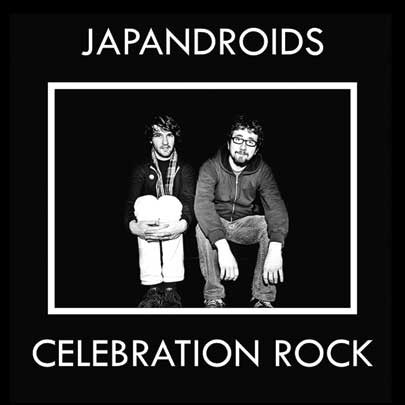 Japandroids, Celebration Rock
This jamboree of rock & roll captures the life-affirming quality of the genre. In general, rock came back in a big way this year. Among releases from bands like The Men, Ty Segall and Sic Alps, Japandroids’s Celebration Rock was my favorite rock disc, because it captures the zeal of youth but doesn’t cling to it—and the guitar riffs are just killer. Japandroids.com

Joshua James, From the Top of Willamette Mountain
In From the Top of Willamette Mountain, James deals in the currency of mysticism, trading thoughts of life’s repressiveness and his misgivings about organized religion for a search for the holy, a personal quest for transcendence or something similar. This record also offers more crunch, twang and rock than James has previously exhibited. And his velvety voice, with its slightly calloused texture, is rough and wise beyond his 30 years. His ability to turn a phrase and surprise, and also leave you with something to chew on for a while after listening, serves listeners well. JoshuaJames.tv

Patrick Watson, Adventures in Your Own Backyard
Adventures in Your Own Backyard is an adventure in nuance. Watson expertly unfolds piano phrasings that have an impeccable grip—much like the violin work of his touring mate this summer, Andrew Bird. His backup band adds the same skillful playing as recorded in Watson’s apartment studio. This is sweet, heartfelt mood music—and I seem to be repeatedly in this mood since the album’s release. AdventuresInYouOwnBackyard.com

Tame Impala, Lonerism
When I hear this Australian psych-rock band’s second album, I think of two things: The Beatles and phaser guitar effects pedals. But, of course, it’s more than that. Kevin Parker thinks like a producer, and this throwback album captures his imagination and creativity to a T. There is a significant lack of choruses and hooks; again, like many of the albums listed here, Lonerism offers a challenge to the typical narrative of song structure.  TameImpala.com