Tour of the Town

Each SLC neighborhood has its own tale to tell

For Beginners
It’s a little difficult to define where Sugar House’s boundaries are, as everyone who lives anywhere near it likes to say they live there. But the main hub for visitors and residents alike is Sugar House Park (1358 E. 2100 South, 385-468-7275, SugarHousePark.org). There’s a 1.5-mile paved loop for be-dogged or solo joggers, a hill for sledding and plenty of picnic areas. All of these things surround a sometimes-drained reservoir that is frequented by ducks and little children tending to the waterfowls’ carbohydrate needs. 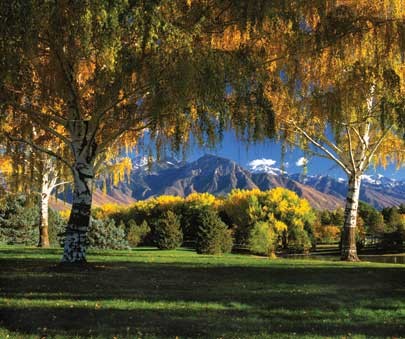 For Beginners
It’s a little difficult to define where Sugar House’s boundaries are, as everyone who lives anywhere near it likes to say they live there. But the main hub for visitors and residents alike is Sugar House Park (1358 E. 2100 South, 385-468-7275, SugarHousePark.org). There’s a 1.5-mile paved loop for be-dogged or solo joggers, a hill for sledding and plenty of picnic areas. All of these things surround a sometimes-drained reservoir that is frequented by ducks and little children tending to the waterfowls’ carbohydrate needs.

Next Level
The neighborhood council, an institution in its own right, has been involved in a kerfuffle over a streetcar system that connects the main Trax light-rail line (RideUTA.com) with the bustling neighborhood. The corner of Highland Drive and 2100 South is a walkable center of restaurants, quaint shops and bars, and a massive mixed-use building is currently under construction there. The streetcar just opened, and while the actual cars are more modern than the folksy term might suggest, they should make travel to the high-activity area much easier.

Trivia
The former Granite Furniture building (1048 E. 2100 South), notable for its sign topper that resembled baby Superman’s space capsule, now houses a bundle of trendy restaurants, like The Annex (1048 E. 2100 South, 801-742-5490, TheAnnexByEpicBrewing.com). In the period between the furniture store’s closing and commercial redevelopment, the building’s interior was transformed into a slickrock soundstage where the most claustrophobic moments of James Franco’s 127 Hours were filmed.

For Beginners
Though you’ll never lose sight of downtown, the area around the University of Utah conveys more of a small college-town vibe than that of a bustling metropolis. The eponymous foothills are a bastion for outdoor activities—a walk on the trails will bring you face to face with bikers, hikers, dogs and even the occasional horse.

Next Level
The University of Utah campus is undergoing a massive construction boom. Long gone is the popular golf course, now replaced with research buildings, a softball stadium, honors housing and the under-development student recreation center. The medical campus is quickly running out of space, necessitating burrowing into the hills for recent expansions. A perk for the pedestrian is that the buildings have brought with them sidewalks, paths and bridges to make getting around the main campus and outlying areas a snap, as well as food options that are miles above traditional cafeteria fare, and unique features like the meditative labyrinth in the garden of the Tanner Humanities Center (215 S. Central Campus Drive).

Trivia
This Is the Place Heritage Park (2601 E. Sunnyside Ave., 801-582-1847, ThisIsThePlace.org) is situated where Mormon leader Brigham Young first looked out upon the Salt Lake Valley. Right next to the university and across from Hogle Zoo, the monument is home to museum-type exhibits and seasonal activities like a petting zoo and Christmas events.

For Beginners
400 South is the center of much of Salt Lake City’s day-to-day hustle and bustle, housing countless quick-service eateries, restaurants, coffee shops and grocery stores, as well as a large section of the University of Utah Trax line.

Just a block south of 400 South is the historic Trolley Square (602 S. 700 East, 801-521-9877, TrolleySquare.com), a former trolley-car garage that was turned into an upscale shopping mall in the early ’70s. It’s now home to a gigantic Whole Foods, a yoga studio and many of Salt Lake City’s best local shops. Trolley Square sits on 700 East, one of Salt Lake City’s main arteries; whiz south to visit the 80-acre Liberty Park (complete with duck pond, game courts, the Tracy Aviary and even children’s rides).

LGBT Highlights
The Utah Pride Center (255 E. 400 South, 801-539-8800, UtahPrideCenter.org), just across the street from the library, is Salt Lake’s hub for LGBT info and resources, offering health and wellness services, youth and trans programs, and opportunities for advocacy.

Trivia
It is believed that a memorial shrine for the “kissing tree” located on the grassy median on 600 East just north of 400 South is haunted by a ghost, Lavender, who supposedly died of pneumonia three years after the pioneers arrived in Utah.

For Beginners
The Avenues neighborhood is known for being progressive and artsy. Cafes, specialty dessert shops and a variety of other businesses—from athletic-supply stores to antique shops—are scattered discreetly throughout the quaint, tree-lined residential streets. More restaurants have moved to the Avenues in recent years, adding to its reputation as a vibrant neighborhood.

Points of Interest
The Salt Lake City Cemetery (200 N St.) is the largest city-run cemetery in the United States, and it holds at least as many stories as it does headstones. Many of the city’s key figures—founders, politicians, philanthropists—are buried within. But some of the most interesting stories are associated with the graves of lesser-known people, like the stone angel described in the book The Christmas Box or the rumor-ridden gravestone marked “Victim of the Beast 666.”

Next Level
Even the casual observer will notice the amalgamation of the past and present within the Avenues—a registered historic district. Queen Anne-style homes are nestled between apartment buildings, funky shops, brick bungalows and restaurants. With the imposing neoclassical Georgian red-brick Primary Children’s Hospital (now converted into swanky condos at 400 East Capitol Park Ave.) to the north, the neo-Romanesque Cathedral of the Madeleine (331 E. South Temple, 801-328-8941, UtCOTM.org) to the south and the Depression-era, public-works-funded monuments that dot Memory Grove Park (375 N. 120 East) on the west, the Avenues offers a poignant view of each era of Salt Lake City’s past.

For Beginners
The Utah Capitol (350 N. State) bears such a resemblance to the one in Washington, D.C., that it has filled in for the national one in movies. The building dominates the local landscape and is easily accessible from downtown. Several museums right next to the Capitol, such as the interesting Daughters of Utah Pioneers (300 N. Main, 801-393-4460, DUPInternational.org), are a good way to spend the afternoon. But make sure to take a walk through the Capitol itself, with its massive majestic rotunda and chatty docents.

Next Level
Just north of Capitol Hill is Ensign Peak, home to a hiking trail with one of the best payoffs for relatively little sweat. The quick stroll up the dirt path brings you to a marker signifying an important survey by the cartographic wing of the Mormon settlers. The views up here are tremendous, with the whole valley before you to the south and the Great Salt Lake to the west.

LGBT Highlights
Marmalade Hill is known as one of the most well-preserved historic districts in town, as well as one of the most LGBT-friendly areas of the city. Multiple-time winner of City Weekly’s award for Best Gay Club, Jam (751 N. 300 West, 801-891-1162, JamSLC.com) is an anchor of the burgeoning neighborhood, which also includes an upscale salon, condos mixed with classic architecture and, soon, a new branch of the Salt Lake City Library.

For Beginners
The area west of Interstate 15 and north of 2100 South includes some of Salt Lake City’s most diverse neighborhoods, where more than 17 languages are spoken. The Glendale, Poplar Grove and Rose Park neighborhoods embrace diversity via cultural celebrations and civic cooperation—as well as fantastic food. The area is home to some of the city’s best hole-in-the-wall restaurants, where you can find authentic ethnic foods without being overrun by scenesters. 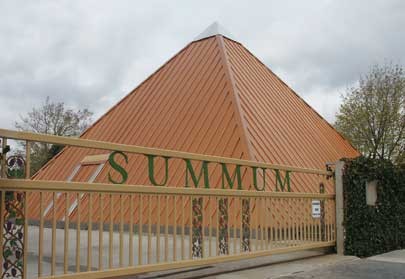 Points of Interest
More than one religion has its headquarters in Salt Lake City. The Summum Pyramid (850 S. 700 West, Summum.us) is the temple and sanctuary of the Summum religion. The pacifist Summum religion was founded in 1975, and the bronze-color pyramid, surrounded by a small garden, was completed two years later. The sanctuary interior includes both a licensed winery and facilities for ritual mummification.

Next Level
Despite its lack of altitudinal variety, these neighborhoods have a lot to offer outdoor enthusiasts. Several large city parks border the Jordan River and are connected by the paved north-to-south Jordan River Parkway (Parks.SLCO.org/JordanRiverParkway) that spans the entirety of Salt Lake County. The scenic greenway passes by the Utah State Fairpark and runs through forested areas close to the river, often crossing it via railed bridges.

• Dive Into the Art Scene

• How to Get Here, There & Everywhere

• No Skis, No Problem

• Nosh Around the Clock