Giving advice on treasure-hunting with a metal detector 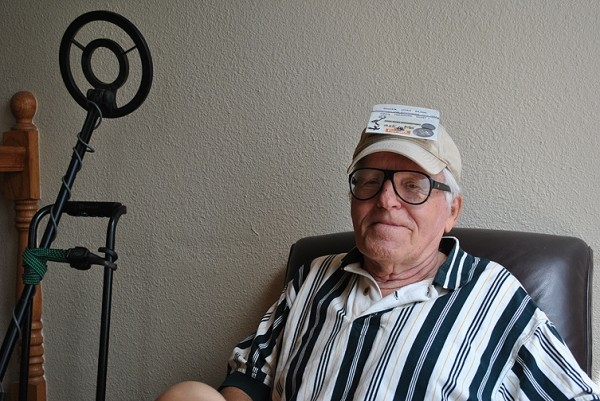 Norman Stiles first used a metal detector in 1955 at age 18 and found his first treasure in 1960. He’s been hunting ever since, and this month’s treasure hunt in Ogden is the 14th he’s sponsored. He’ll be burying $3,000 worth of rare coins, as well tokens tradable for new metal detectors, on the grounds of the Assembly of God church in Ogden (1390 Canyon Road). There’s a $395 entry fee for the treasure hunt, which goes from 10 to 11 a.m. on Saturday, May 31; e-mail indystiles@yahoo.com before May 14 to sign up. Stiles also plans to run for president in 2016 and visited City Weekly to talk about treasure-hunting and his political platform.

How did you get into treasure-hunting?
I was in Indianapolis in 1960, and a man named Ken Gregory was going to start a club. I didn’t even own a metal detector. He said, “Take my tracer, anything you find is yours.” Well, the first signal I got, right off the steps, I got a man’s gold ring. That’s what got me hooked. I’ve found thousands of other things since.

What kinds of things have you found?
In 1964, I found a diamond ring that paid off my house mortgage. I go to the beaches a lot—California, Florida. I’ve found thousands of earring backs. I find between $250 and $1,500 every month. To me, it’s fun. I tell people, “My M.D. pays me—my metal detector.” Everyone else my age goes and pays their M.D. I just go out and hunt 15 minutes to six hours every day.

What are your secrets?
Of the 12,000 metal detectors I’ve sold, 11,750 are probably not used. People think they’re going to find the El Dorado treasure. There’s enough treasure just hunting yards. I go to beaches. That’s where people lose stuff. I went to Panama City after spring break last year and found a quarter every minute. And there’s 39 miles of beach there. I hunt in front yards, and the average yard has about $7.20 in change. But then you find rings and toy trucks and cars.

Do people find things that aren’t part of the official hunt?
Last year, someone found a belt buckle worth a couple hundred.

What are your presidential plans?
My cabinet is going to be all eighth graders. I’m going to rent out the White House—$3,000 for weddings or birthdays or bar mitzvahs. It’s our White House, let’s use it. The problem with politicians is 80 or 90 percent of them have law degrees. But they’re such bad lawyers that they can’t make a living in their profession, so they become lifetime politicians.